JEDDAH –All around the world, Muslim pray at mosques that are real architectural masterpieces.

The first mosque built by Islam’s Prophet Muhammad (PBUH) is Quba Mosque in present-day Al-Madinah Al-Munawwara, though the Mosque of the Companions in the Eritrean city of Massawa may have been constructed at around the same time.

Below are seven of the most exquisite mosques, as selected  by My Salam: 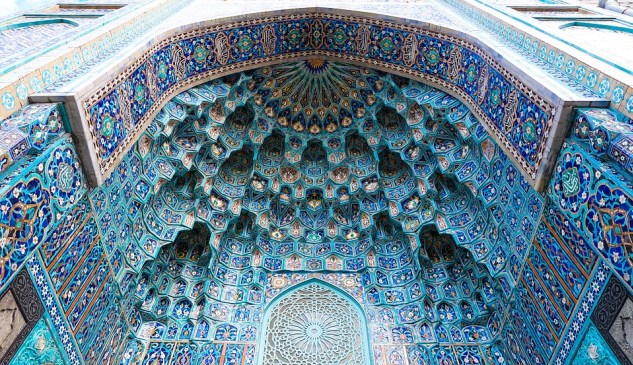 Saint Petersburg Mosque: the portals of this Russian mosque as well as the two minarets are covered with gorgeous blue mosaic ceramics and mesmerizing geometric patterns. 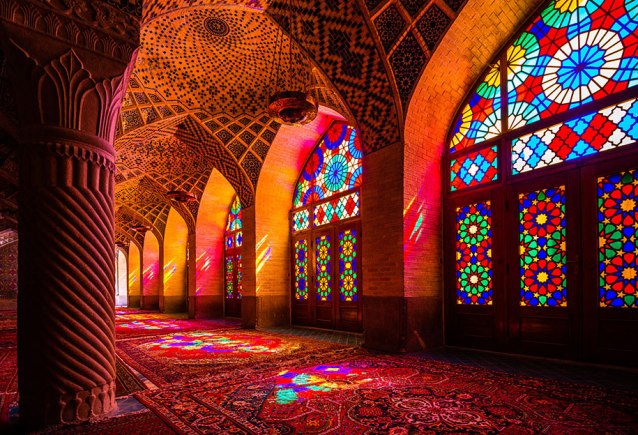 Nasir al Molk Mosque in Iran: this ‘Kaleidoscopic’ mosque in Iran may seem traditional from the outside, but the inside creates a stunning multicolored visual effect when the sunlight hits the intricate stained-glass windows. 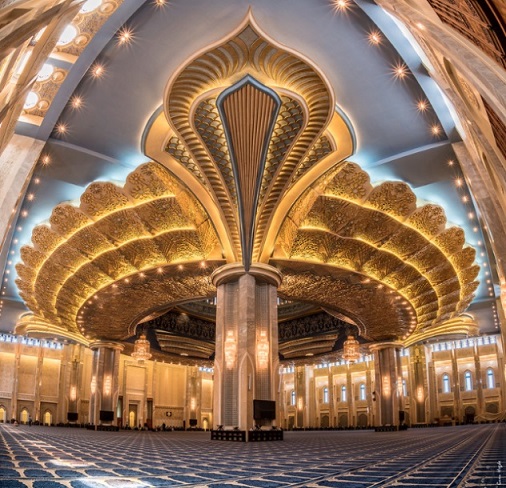 Grand Mosques in Kuwait: with its pleasant and relaxing beige exterior, this mosque doesn’t look nearly as impressive from the outside as it does from the inside, with its massive golden flower petals ceiling. 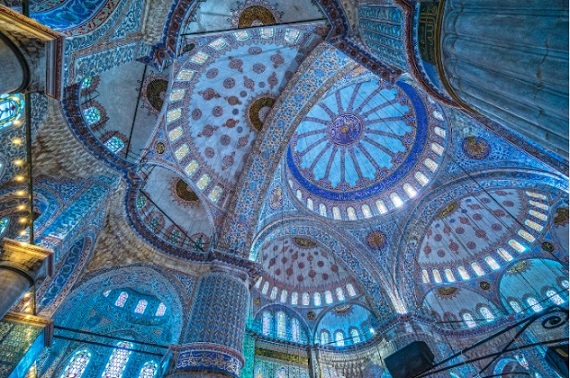 Sultan Ahmet Mosque in Turkey: worldwide-known as ‘the Blue Mosque’, this amazing building has a decorated interior with 20,000 blue hand-painted tiles. 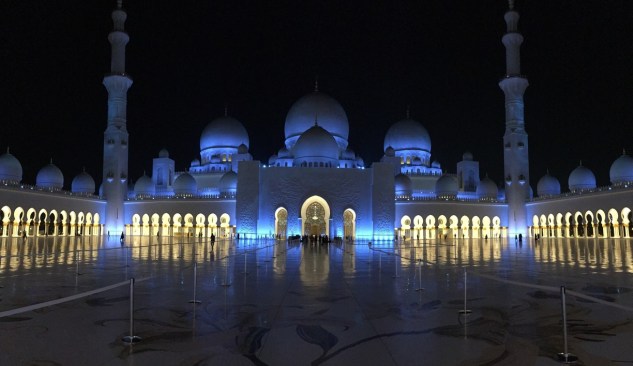 Sheikh Zayed Mosque in Abu Dhabi: This new mosque is the 7th largest mosque in the world. The uniquely designed lighting system reflects the phases of the moon. The color of the mosque gradually shifts from white to a deeper blue following the evolution of the lunar cycle. 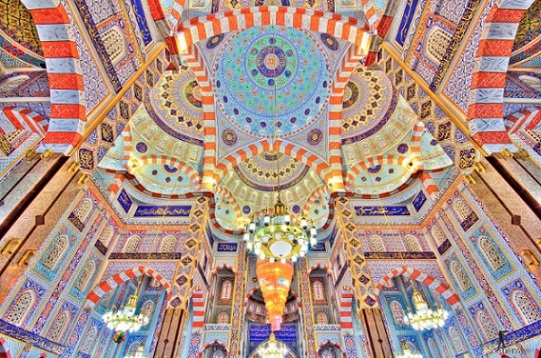 Jalil Khayat Mosque in Iraq: it’s a new mosque that was completed in 2007. The interior walls and ceilings are decorated with colorful Islamic patterns ‘Zakhrafa’, which is a kind of Islamic art painting. 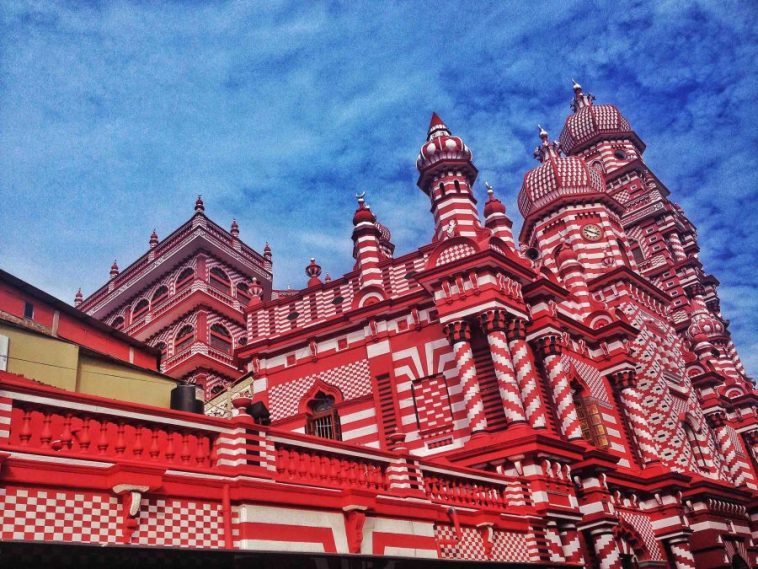 Inside a 700-Year-Old Mosque in Ghana: Simply Amazing!