BESUT – After six years of construction, the Eight Dome Mosque in the village of Kampung Lapan Kotak, in western Malaysia’s Besut district, has now become the village’s main attraction site for both locals and tourists,

“People come from even the north of the country to see the mosque and pray in it, Bernama News Agencies reported on November 25.

The existence of this mosque has popularized the name of the village,” said Wan Ahmad Wan Yaacob, 64, the mosque’s deputy chairman and the village’s muezzin for the past 30 years.

Standing in the paddy field area in the middle of the village, the construction of the mosque was carried out by Besut parliament member, Datuk Seri Idris Jusoh.

Qolşärif Mosque was burnt and razed by the Russian army of Ivan the Terrible who invaded Tatarstan in 1552 and then built St Basil’s Cathedral in 1555. 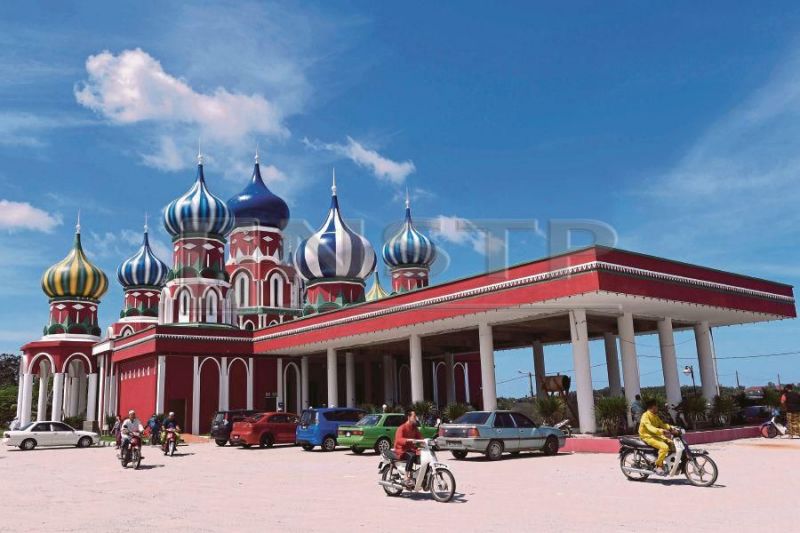 “The uniqueness of the mosque’s architecture with the colorful combination of the onion-shaped domes have attracted visitors non-stop since last year when it was used for `Eid Al-Fitr prayers,” Yaacob informed.

“Although not fully completed, the new mosque was used because the village has no mosque that can accommodate a large congregation at a time,” he further said.

The new Eight Dome Mosque, which can accommodate up to 500 worshippers, was built at a cost of US$1million through public donations to replace the previous wooden mosque that was over 100 years old.

“Currently, only 5% of the 0.6-hectare mosque is yet to be fully completed, namely a portion of the ablution area and part of the roof in the front of the mosque for which we need more money to complete,” the muezzin said.

“As the mosque is now one of the landmarks of the village, the mosque management is planning to allocate a special corner to place information and materials displaying the ancient history of the old mosque,” Yaacob plans.

Tibet’s Lhasa Mosque, One of the Highest Mosques on Earth