Spirituality in Islam is more than just a feeling. It is true knowledge of The Source of the Spirit, sincere pursuit of Him, persistent connection with Him
aaa

Google, in 0.49 seconds, describes “spirituality /spiriCHo͞oˈalədē/ (noun) [as] the quality of being concerned with the human spirit or soul as opposed to material or physical things.”

All faiths have some form of spirituality.

After all, identifying that we are more than a tangible, material existence—that we have a spiritual reality—is perhaps the basis of most faiths.

But an intangible, spiritual existence and spirituality is a complex topic to discuss especially since we live in a world obsessed with the material.

In an attempt to understand spirituality better, it might be helpful to take a look at what spirituality means in different faiths.

“Spirituality in Islam is more than just a feeling. It is true knowledge of The Source of the Spirit, sincere pursuit of Him, persistent connection with Him and commitment to loving Him and remaining on His path until The Day we meet Him.

So, it is a life journey of growth, sincerity, and commitment to The Creator (The Source of the spirit), not a fleeting moment of excitement or spiritual boost.”

Worship in Islam is that pursuit of spiritual health and growth beyond the material existence.

God, knowing how important this is to our spiritual health and also knowing how distracted by the material world we can get (He’s the Creator and All-Knowing after all), has directed us to the five pillars of religion to refocus our lives, our energies, and our love toward Him.

God gives us physical actions to grow spiritually, to find peace, and contentment with God, ourselves, and the rest of God’s creation. 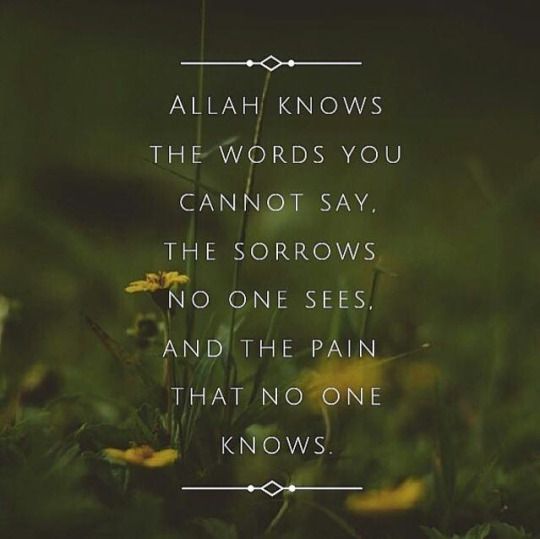 Five times a day, Muslims leave what they are doing to reconnect with God in prayer.

Once a year, for a month, Muslims leave food, drink, and intimacy with spouses during daylight to feed and quench the thirst of the soul, to redirect their focus to connecting with God.

Twice a year, Muslims part with a portion of their wealth to those in need, to remind them that their love of God should be greater than their love of anything else.

At least once in their lifetime, Muslims leave their home and all they know and love to travel to the very first structure dedicated in the worship of God, to remind them that their ultimate attachment should be to their Source, The Everlasting.

But that doesn’t mean seeking God and knowing Him is limited to times of prayer or fasting, etc.

Every action one takes can be an act of worship if it is done in accordance with what pleases God (morality and ethic- we know this standard through the Prophets’ examples and following their path) and with the intention to seek nearness to Him.

All of this is echoed in the testimony of faith- There is no god but God and Muhammad is His messenger. God is our Source, the source of guidance, love, peace, and contentment. And every pursuit should be done in an effort to draw nearer to Him.

The pillars are the baseline so that we never get too far away from our connection with God.

But in Islamic thought education, good manners, humility, and kindness to God’s creation are also essential to the health of the spirit because it is a recognition that everything is from the same singular Source.

There are many sects of Christianity and a multitude of views on what spirituality means in this faith tradition.

But if we go back to the basic definition of what spirituality is—identifying that we are more than a material existence, that we have a spiritual reality—might be helpful.

In many faiths this spiritual existence necessitates a higher spiritual power and therefore a connection with that power, God.

Because of this connection between the spirit and God, the Christian belief in the Trinity informs Christian spirituality.

It is through these three entities— God the father, Jesus, and the Holy Spirit—the Christians view of God, that they seek a spiritual life.

According to Compelling Truth, “true [Christian] spirituality depends on the supernatural power God gives through the Holy Spirit rather than dependence on human strength.”

Bible Study Tools, explains how spirituality in Christianity is found through Jesus.

“Christian spirituality begins with our [Christians’] redemption in Christ. We are baptized into Christ […]. It begins with a divine call, rebirth, and conversion (John 3:3-8; Acts 2:38-39) wherein we admit we are helpless to help ourselves in our bondage to sin and enmity with God (Rom 5:6-11).”

And Peter Feldmeier, professor of Catholic Studies at the University of Toledo, explains:

“Christian spirituality is engagement with God as God has revealed himself in Jesus Christ. But it also has to be grounded in a religious tradition.”

Christian spirituality is not solely an effort made by the human being nor is it simply a relationship between The Originating Spirit and one’s own spirit, but it requires multiple channels as the trinity necessitates.

It also seems that Christian spirituality is at times beyond human powers and only achievable through the supernatural.

Since spirituality is usually based around a belief in God, the relationship between The Creator and the created, it might be interesting to take a look at a religious tradition that has no central belief, like Buddhism.

Buddhism is based on spiritual development of the individual, but there is no belief in a personal God.

Buddhists believe that nothing is permanent, and the path to spiritual enlightenment is through morality, meditation, and wisdom.

“Buddhist spirituality is concerned with the end of suffering through the enlightened understanding of reality.

The spiritual practices of the Buddhist tradition vary significantly among its several major varieties, but all of them are oriented toward ultimate freedom from suffering and the cultivation of wisdom and compassion.

The spiritual life [ …] is the life lived in pursuit of these ideals.”

Spirituality in Buddhism is based on a personal journey to end suffering. It is not about connecting with or even identifying a greater Being than one’s own self or spirit.

The belief in the impermanence of everything would perhaps make even following the Buddha and an understanding of what suffering, wisdom, compassion, and morality are impermanent in themselves and different for each individual and even varying in each individual’s lifetime.

Spirituality is a complex concept to grasp for many. It is cultivated in the physical world, but exists in the world of emotion, a very real, but private experience.

However, it is difficult to describe to those who have not cultivated spiritual maturity or even an understanding of the spiritual existence.

One thing is for sure, having a different understandings of God makes the matter of spirituality that much far complicated.

Many people who come to Islam say that it is the uncomplicated concept of spirituality that draws them to the faith.

Converts often say the conception of the human spirit in Islam speaks to their nature.

Most notably, converts find a deep connection with God that they could not find in any other faith. And they say it is this connection that brings a real peace and contentedness into their hearts.