It was a brand new community, encompassing people from different ethnic groups, social classes, religious and educational backgrounds. They had all reasons to disagree and fight in between themselves, and they did fight before Islam; but they had one main cause to unite for: Allah, the Almighty, and His beloved Prophet (peace and blessings be upon him). Allah says about this unique unity:

{If you had spent all that is in the earth, you could not have brought their hearts together; but Allah brought them together. Indeed, He is Exalted in Might and Wise.} (Al-Anfal 8: 63)

After planting the seeds of brotherhood in Madinah between the Muhajirun (Immigrants to Madinah)  and the Ansar (the supporters, Muslims of Madinah), many rulings and events nurtured and strengthened that brotherhood. Building the masjid, in addition to establishing the prayers in congregation all resulted in a new feeling of harmony and chemistry between the citizens of that newly formed state.

Few months later, particularly in Sha`ban of the second year after Hijrah, the Companions moved to a higher form of unity. They were given their own qiblah, Makkah, after three years of praying towards Jerusalem which was a shared qiblah with the Jews. This time, it is a global unity that is not bounded by a certain time and a certain location. It is a unity that should be inherited from the generation of the Companions and reflected in our daily lives and actions.

Praying in congregation while being alone

Have you ever asked yourself, before raising your hands in takbir to start your salah: How many Muslims are facing the same sacred place at this moment? You might not know their names, you will definitely not understand their languages, you may or may not get along with them, but you are doing the same great act of worship at the end of the day.

This is such an amazing feeling that will give your prayer a new dimension. You will be praying in congregation (jama`ah), even if you were praying alone in your bedroom, at the mall, or in the middle of nowhere. This feeling continues when you read in Al-Fatihah, {Guide us to the straight path.} (Al-Fatihah 1:6) You do not say “Guide me”, but “Guide us”. And you are actually one of the thousands of Muslims who are addressing the same Lord with the same du`aa’. 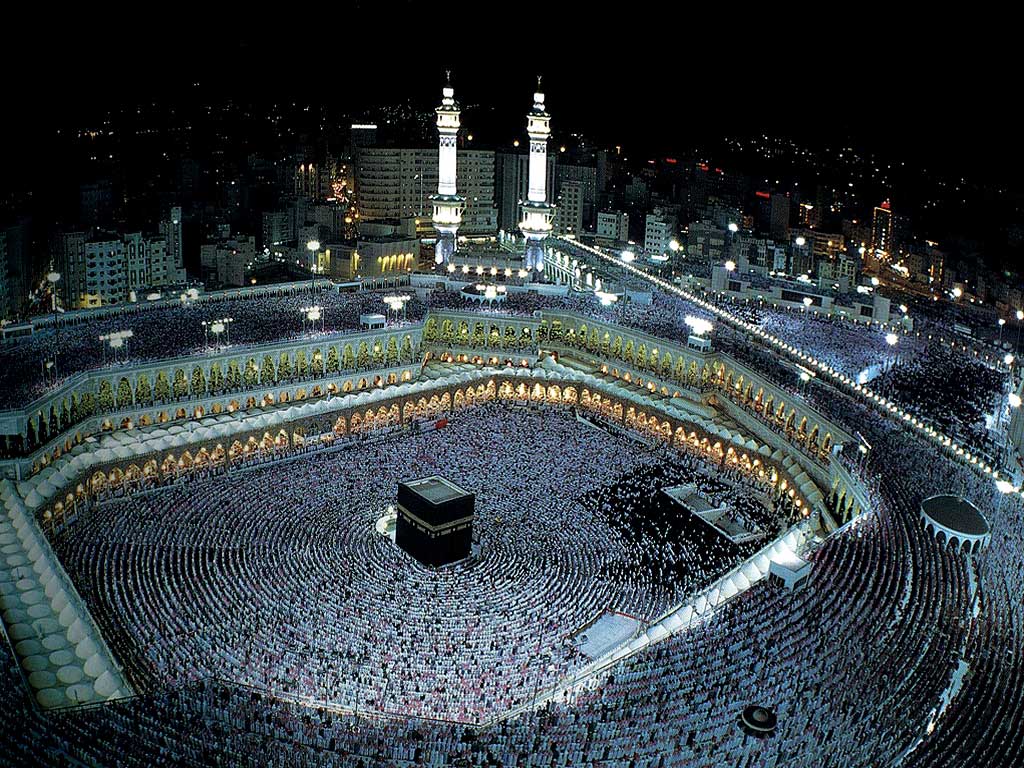 After discussing how we should be, it is time to be honest and transparent with ourselves. We are currently good at disuniting ourselves, wasting our efforts in endless debates, and spreading divisions among each other. We tend to highlight the 1% that we disagree on before we focus on how much we have in common.

Muslims living in the West, particularly in bigger cities, know exactly what I am talking about. We experience the clashes between different Islamic centers or organizations (that might be located within 2-3 miles from each other, attract or even compete over the same audience); we suffer from the endless conflict of moon sighting vs. calculations to determine the start of Ramadan every single year; we feel the confusion among people who listen to different scholars and different schools of thoughts and get stuck in between.

In the middle of all of this, the incident of changing  the qiblah comes every year to remind us about the big picture, the common objective that we cannot disagree upon, even if we try. It turns our faces from inner debates and conflicts towards the main objective of being servants of the One God and representatives for Him on earth.

Zooming in to Ka`bah scene: Another form of unity

If you travel with your heart and imagination thousands of miles to Makkah, to the same place you are facing, and zoom in to that amazing picture that brings tears to our eyes, you will notice another form of unity. You will see thousands, if not millions of Muslims, unified in one outfit, rotating around that same house you faced in your prayer, sometimes repeating the same slogan: “Labayka Allahumma Labayk (Here I am at your service, O Allah, here I am)” .

I am positive that these images will give our salah a different taste and a different life, insha’ Allah. I am sure that whoever feels this unity and gets this energy from the Ka`bah, cannot leave his salah to resume his endless debate with his Muslim brother about whether a certain act is a bid`ah or not.

I am confident that any lady after finishing her “virtual” congregational prayer with other Muslims will think twice before carrying a piece of news that will cause tension and hatred between family members, neighbors, and coworkers.

Our religion carries a lot of meanings, messages, and symbols in every act of worship. It is really important to reflect on those messages and implement them in our lives and in the lives of others.