A recent initiative by Ustadh Nouman Khan aiming to make scholars accessible to sisters attending prayers in the mosque was lauded by many men and women alike.

In his Facebook page, Ustadh Nouman Khan shared a practice that he observed throughout the past year,

Over the last year I started making an announcement at the end of each of my Friday sermons. “Our sisters, mothers and daughters don’t get the opportunity to ask our Imams and Khateebs questions and share their concerns. It is for this reason I’m going to make myself accessible to them at the sisters entrance right after the prayer and will speak with my brothers thereafter if they wish.”

The post went viral, receiving 14K reactions and shared by more than 1400 users. It also raised many discussions and comments. The initiative is seen as an attempt to empower women, allow them a space, and correct a prevalent mindset that blocks sisters from mosques and prevent them from participating equally.

Across the world, the perception of women’s rights varies and the Muslim world is no exception. The real question here is how much a society, particularly the men, are understanding and tolerant towards the presence of women.

Regardless of city or country, many mosques have no room for women at all. Hence, it is a painful reality when it comes to the question of women’s access to the mosques since their presence is not always welcome.

So, it is no wonder that dozens of sisters were appreciative and expressed their contentment with the initiative:

“One of the many reasons why I love Ustadh. We cannot bring back the greatness of our Islamic history if we do not support women!”

“I want my daughters to grow up in a community where they have access to scholarship no differently than men do. Wish all khateebs would realize”

“This brought me to tears. This is the RESPECT my religion gives to women”.

One comment was concerned about the privacy, especially when a sister would like to avoid the judgments of those present. Acknowledging some questions were of a sensitive nature, Ustadh Nouman replied, “Some do come with a request for privacy with sensitive questions. My practice has been to walk away with them to a bit more isolation but you’re concern resonates with me.” 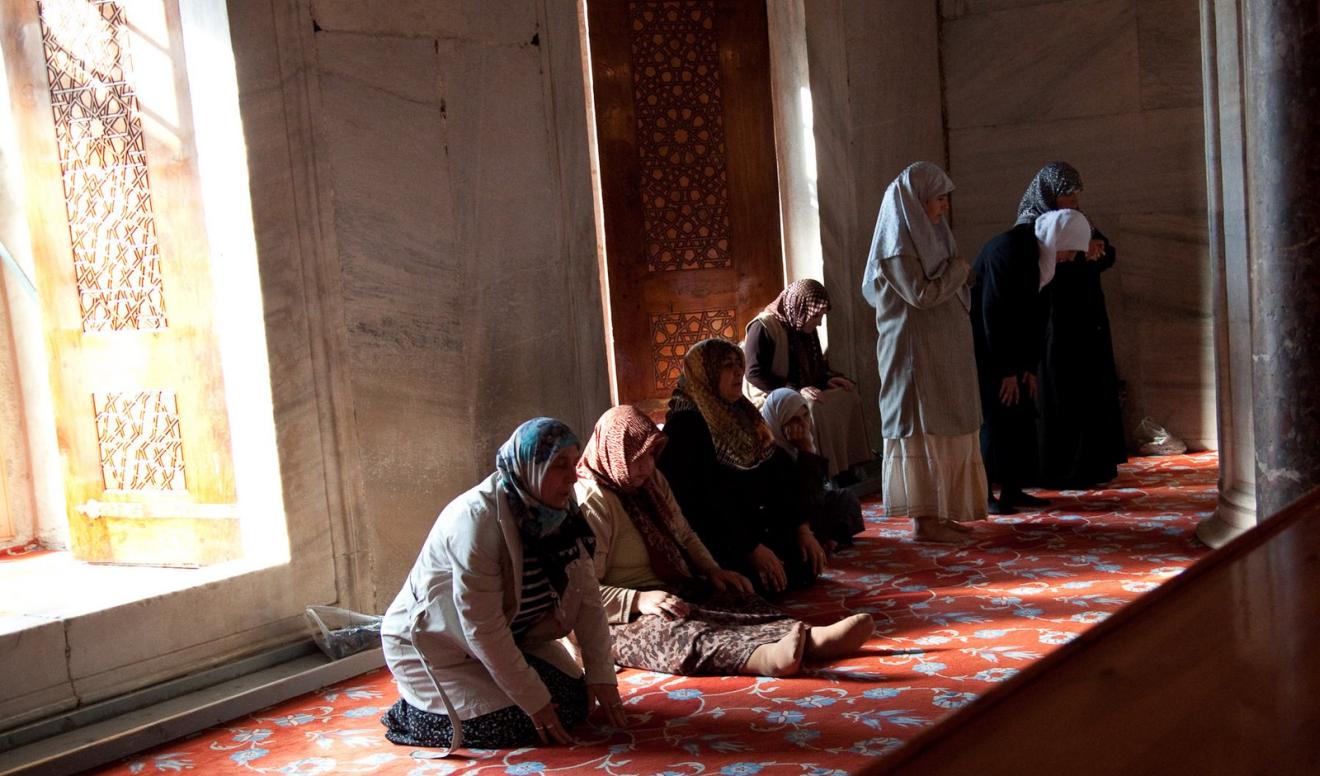 Are Women Welcome to the Mosque? (Part 1)

Brother Nouman demonstrated that in Islam, nobody is a second class citizen and each individual is a guest of Allah in His house and should be treated as such, with courtesy and respect.

There are several examples to prove that women were welcome in the mosque during the time of the Prophet (peace and blessings be upon him).

For instance, the believing women, covered with their veiling sheets, used to attend the Fajr prayer with Allah’s Messenger, and after finishing the prayer they would return to their homes

Therefore, the right to space inside the house of Allah is shared equally between men and women; all people regardless of their physical attributes have equal right to access the mosque.

Many women were grateful for Br. Nouman’s actions, stating that they felt equal by the initiative which was long overdue. He himself described the experience as humbling as he listened to women’s problems and witnessed others converting to Islam and saying the Shahada.

A great thing all imams should implement! I used to do this after my fiqh classes. Insha Allah, will try this after the classes again and after Jumah.

The move was also commended by Dr. Jasser Auda, who said in one comment:

Great initiative, and it is exactly the Sunnah of the Prophet (s) to walk to the women after prayers and make himself available for comments or questions.

Dr. Jasser Auda has already published a series about women’s access to the mosque, tackling questions about whether women are welcome to mosque, the restrictions posed on women space in the mosque, and women’s engagement in the Mosque’s activities.

The positive feedback, especially from sisters, reveals the need to start and adopt more similar initiatives and to work hard to remove barriers preventing women from enjoying the mosques’ blessings.

One sister commented, “Masjids are for Muslims. Not only Muslim men.” She added, “Every women and children should be welcome and be acknowledge and recognized for their potential role and contributions to their community.”

Making mosques women-friendly and equipping them with necessary facilities should not be an afterthought but rather part of the mosque’s master plan. This welcoming environment would ensure that every female guest is received and treated with the appropriate level of courtesy and hospitality suitable for the House of Allah.