I often wonder whether people see me as a radical fundamentalist and terrorist Muslim who hides an AK-47 assault rifle underneath her jean jacket. Perhaps, they see me as the poster girl for oppressed womanhood everywhere. I am not sure which of the two it is. I get the whole gamut of strange looks, stares, and covert glances.

Hijab covers my head, my neck, and my entire body except my face and hands. I wear it because I am a Muslim woman who obeys the commands of her Lord and believes that her body is her own private concern. Young Muslim women are reclaiming the hijab, reinterpreting it in light of its original purpose, and restoring their ultimate control over their own bodies.

The Noble Qur’an teaches us that men and women are equal and that individuals should not be judged according to their gender, beauty, wealth, or privilege. The only thing that makes a person better than another is his or her character.

Nonetheless, people have a difficult time relating to me. After all, I am a young university graduate who was born and raised in Canada. “Why should you wear the hijab?” they ask.

People who do not know me speak to me in loud, slow English and often appear to be playing charades. They politely inquire whether I like it here or not and whether the cold weather bothers me or not. If I am in the right mood, it can be very amusing.

But, why would I, a woman with all the advantages of a North American upbringing, suddenly at 21 want to cover myself with the hijab and the modest clothes, letting only my face and hands show? The answer is simple: Because it gives me freedom.

Women are taught from early childhood that their worth is proportional to their attractiveness. They, therefore, feel compelled to pursue the abstract notions of beauty, half realizing that such a pursuit is futile and endless.

Strangely, when women reject this form of oppression, they face ridicule and contempt. When they refuse to wear makeup or expose their bodies, the entire society has some trouble dealing with them.

In the West, many people regard the hijab as a symbol of either forced silence or radical, unconscionable militancy. Actually, it is neither. It is simply a woman’s assertion that judgment of her physique plays no role in social interaction. 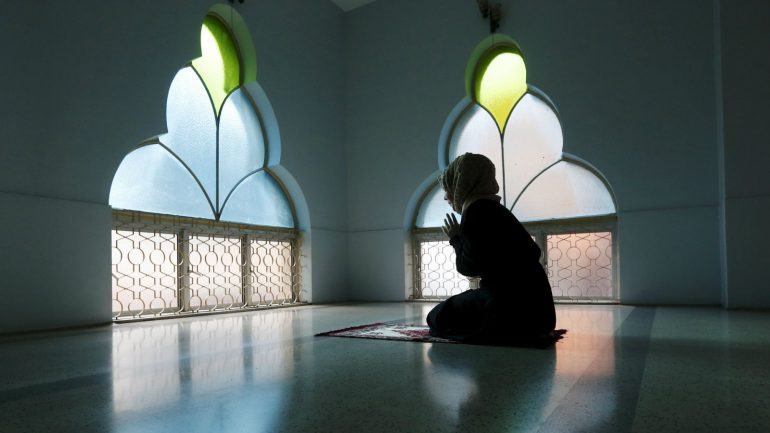 Wearing the hijab has given me freedom from constant attention paid to my physical self. My appearance is no longer subjected to public scrutiny; my beauty, or perhaps lack of it, has been removed from the realm of what can legitimately be discussed. No one knows whether my hair looks as if I have just stepped out of a hair salon, whether I can pinch an inch, or even whether I have unsightly stretch marks. And because no one knows, no one cares.

Feeling that one has to meet the impossible male standards of beauty is tiring and often humiliating. I spent my entire teenage years trying to do it, until I was a borderline bulimic. Needlessly, I spent a lot of money I did not have on potions and lotions in hopes of becoming the next Cindy Crawford.

The definition of beauty is ever-changing: waifish is good, waifish is bad, athletic is good — sorry, athletic is bad. Narrow hips? Great. Narrow hips? Too bad. In fact, women are not going to achieve equality through the “right” to show of their bodies what men can show, as some people would like to have us believe. On the contrary, such conduct would only make women party to their own objectification. True equality will be had only when women abstain from displaying themselves to get attention and when they do not need to defend their right to keep their bodies to themselves.

This article was published in 2009. It has been taken with modifications from Geocities.com.