The Prophet (peace and blessings be upon him) said:

“The example of the person abiding by Allah’s order and restrictions in comparison to those who violate them is like the example of those persons who drew lots for their seats in a boat. Some of them got seats in the upper part, and the others in the lower.

When the latter needed water, they had to go up to bring water (and that troubled the others), so they said, ‘Let us make a hole in our share of the ship (and get water) saving those who are above us from troubling them.

So, if the people in the upper part left the others do what they had suggested, all the people of the ship would be destroyed, but if they prevented them, both parties would be safe.” (Al-Bukhari)

This understanding between individual and society of common responsibility for common interests is the basis for resisting social ills. Every method for achieving reform would remain fruitless unless preceded by such an understanding.

Man’s position as trustee over earth’s resources cannot assume a definite form until he recognizes this social responsibility. 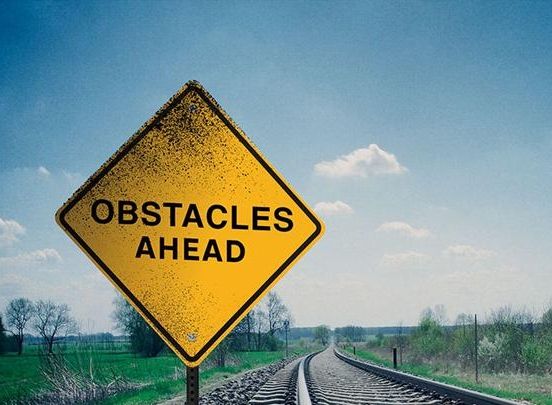 Three Challenges You Will Encounter in Your Dawah Effort

By recognizing these two responsibilities and by reflecting on them, we derive what is commonly referred to today as the “general consensus” or “public opinion,” the alert guardian of the nation’s existence-if founded on foresight and unity of purpose and aim.

Public opinion is the fearful power which holds rulers and individuals in the right path, moves the nation to act justly, and causes it to tremble with anger if harmed or touched with corruption, as would the body of an individual if similarly affected.

Public opinion is the sharpest weapon to be found for ridding the community of its social ills and for accomplishing what laws fail to accomplish. It is the watchful eye that insures the execution of laws and the observance of those ethical rules and righteous ordinances which the community enacts.

Islam thus takes special care to make public opinion the guardian against the individual’s deviations and the community’s excesses, enjoining the right and forbidding the wrong.

Establishing the individual’s and the community’s mutual responsibility is one of the most important acts of Islam and the soundest possible foundation for a righteous social life.

In the Qur’an we read:

{And the believers, men and women, are protecting friends one of another; they enjoin the right and forbid the wrong.} (At-Tawbah 9:71)

{And there may spring from you a nation who invite to goodness, and enjoin right conduct and forbid indecency. Such are they who are successful.} (Aal `Imran 3:104)

And according to a Prophetic hadith, when the sons of Israel fell into sin, their wise men preached abstinence, but they would not abstain. Thereupon they (the good ones) sat with them in their sittings, ate with them and drank with them, and the Lord struck the hearts of some with those of others and He cursed them with the tongue of David and Jesus, the son of Mary, for their defiance and transgression.

He who abides by what is right in the eyes of Allah ought not be shaken if shown hostility by anyone, whoever he may be. Our greatest social ills stem from the fact that a righteous public opinion has yet to be formed.

Quite often individuals and groups will declare openly their hostility against the venerated tenets of religion, against the state, and against common rights, and yet others will not lift a finger to admonish because they are unaware of their rights and duties.

People are disunited and selfishly inclined because they lack unified ethical and cultural training. Different streams have poured into them, diluting the moral character, thinking, and faith of the nation and making one and the same object at once both right and wrong- right to one group and wrong to another.

To evaluate both individual and social responsibilities, and thus to establish a uniform, righteous public opinion, is impossible without preaching and persuasion. If everyone would truly recognize his rights and obligations, a united and strong public opinion would emerge, correcting that which has been distorted and removing the tainted.

More on the nature of this mutual reform and the steps towards a righteous society is discussed in the next part of the series.

Taken with some modifications from Azzam’s The Eternal Message.