By default, women are allowed to frequent mosques in all lawful ways, at all times and for all prayers. The Hadiths quoted in part one, which need no further illustration, are corroborated with numerous other Hadiths affirming that.

However, the primary Hadith on the issue is that narrated by `Abdullah ibn `Umar, who said,

“a wife of `Umar (`Atikah bint Zayd) used to offer the Fajr and the `Isha’ prayers in congregation in the Mosque.

She was asked, “Why do you come out for the prayer though you know that `Umar dislikes it? It makes him jealous.”

She wondered, “Then, why does not he forbid me from doing that?”

The answer was, “What prevents him from that is the statement of Allah’s Messenger (peace and blessings be upon him), ‘Do not stop Allah’s female slaves (women) from going to Allah’s Mosques‘.[1]

Ibn Hajar said: Indeed, when `Umar was stabbed, she was in the Mosque.[2]

It is stated in Al-Mu`jam Al-Kabir that:

Bilal ibn `Abdullah ibn `Umar narrated to me that one day his father said:

Indeed, the Messenger of Allah (peace and blessings be upon him) said,

“Do not deprive the female slaves of Allah of their share in the mosques.“

So I [Bilal] said, “As for me, I shall forbid my household females. Whosoever wishes to let his women go out, let him do so.”

Thus, He (`Abdullah) turned to me and said:

You hear me say that the Messenger of Allah (peace and blessings be upon him) ordered that women are not disallowed, and you say such words.”

Then, he, weeping, angrily departed.

Another narration reads, “He stretched his hand and slapped him.[3] 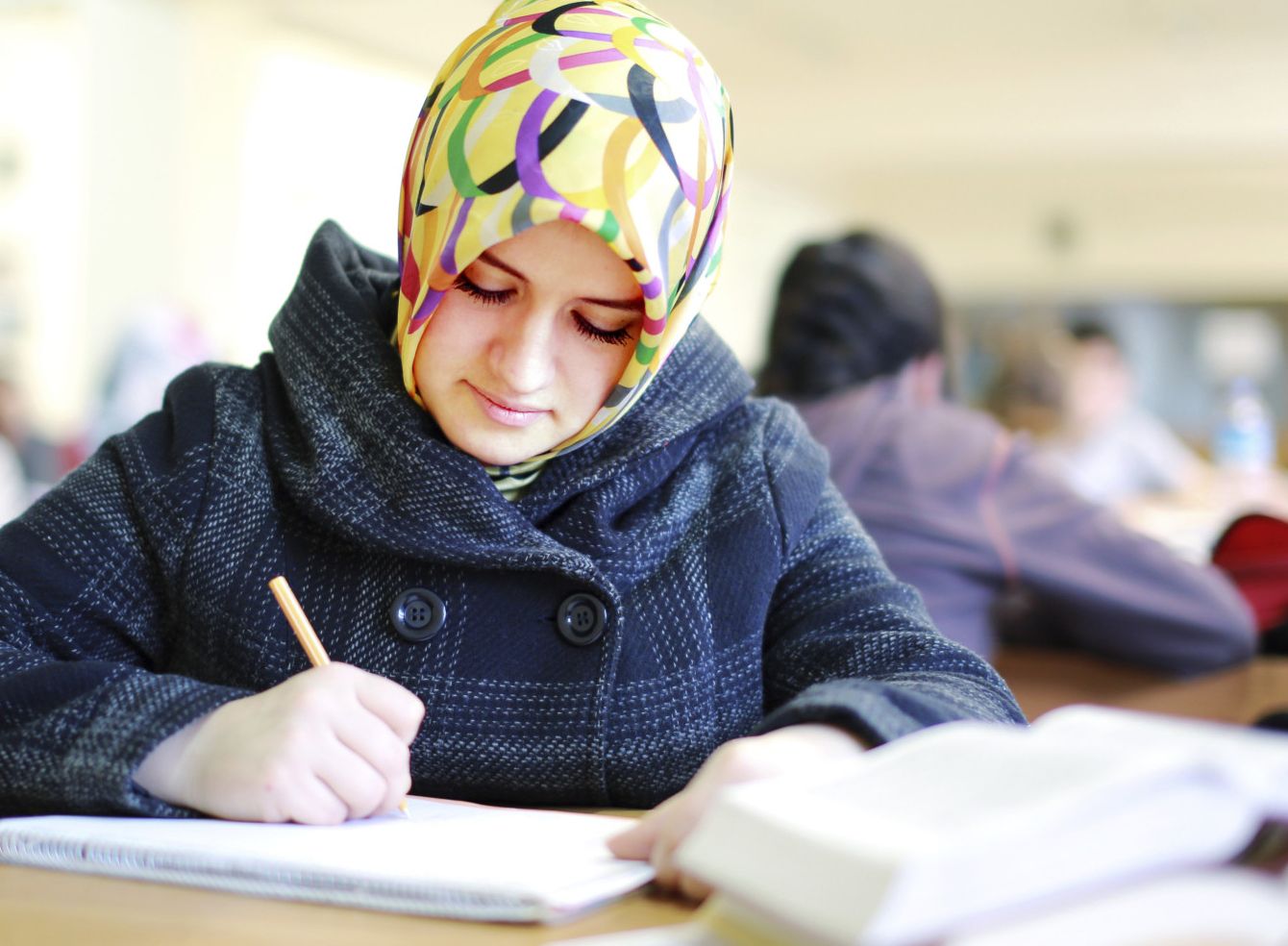 The report narrated by At-Tirmidhy reads:

We were at Ibn `Umar’s, when he said,

The Messenger of Allah said, ‘Permit women to go to mosques at night.‘

His son said, ‘By Allah, we would not permit them to do so as they would do mischief.’

Ibn `Umar replied, ‘I say that the Messenger (peace and blessings be upon him) said such and such, and you say, ‘we would not allow them?'”

This Hadith is narrated in the related chapter, from Abu Hurayrah, Zaynab, the wife of `Abdullah ibn Mas`ud, and Zayd ibn Khalid, knowing that the Hadith narrated by Ibn `Umar is an authentic Hadith.[4]

Here, the reaction of `Abdullah ibn `Umar, besides the quoted Hadith, indicate the conclusive prohibition of preventing women from frequenting mosques, as it is contrary to the Prophet’s (peace and blessings be upon him) command.