In the previous part, Dr. Jasser Auda discussed the scholars’ opinions regarding the permissibly of visiting mosques for menstruating women.

In this part, he investigates whether a woman in period is allowed to recite the Quran and to do Tawaf. This is part of the author’s detailed series: Women and Mosque: The Difficult Questions.

As for reciting the Quran by a menstruating woman or a junub person, the best view I have ever read on this issue is that of Ibn Taymiyyah and his disciple Ibn Al-Qayyim (may Allah shower their souls with mercy). Ibn Taymiyyah said,

As for reciting the Quran by a junub person or a menstruating woman, scholars have three opinions, one of which is that it is permissible, and this is the opinion of Abu Hanifah and the famous opinion in the Shafi`i and Hanbali schools.

This is the opinion of Malik, one of the opinions reported from Ahmad and others. For, no authentic Hadith is reported from the Prophet (peace and be blessings be upon him) on reciting the Quran by a menstruating woman. The only Hadith is that narrated from Isma`il ibn `Ayyash from Musa ibn `Uqbah from Nafi` from Ibn `Umar that he said,

“Neither a menstruating woman nor a junubperson should recite anything from the Quran”.

This Hadith, which is reported by Abu Dawud and others, is graded as weak according to the unanimous agreement of Hadith scholars.

He also ordered a menstruating woman to observe all the Hajj rituals with the exception of circumambulating the Ka`bah, and hence she would recite talbiyah[say, “Labbayka Allahumma Labbayk (Here I am, O Allah, here I am)] and to perform other rituals in Muzdalifah, Mina, and other places.

On the other hand, junub persons were not commanded to attend the `Eid prayer without offering the prayer, or to observe any of the Hajj rituals, since they could get purified and hence they were not excused, unlike the menstruating woman whose state of ritual impurity could not be lifted through purification before the end of its due course.[1]

It is also permissible for a woman during her menses to recite the Quran, since she cannot make up for missing it during the time of her ritual purity, as menses may last to its maximum duration for her.

Hence, if she is prevented from reciting the Quran during that period, she would miss the benefit [of recitation] or forget what she had memorized of it during the time of her ritual purity.

Besides, the Prophet (peace and blessings be upon him) did not forbid the menstruating woman to recite the Quran or Hadith, knowing that the narration “Neither a menstruating woman nor a junub person should recite anything from the Quran” is not authentic. Rather, it is a defected narration according to the unanimous agreement of Hadith scholars.[2]

The modern age has witnessed the emergence of national states that became a predominant reality in our modern political life. A nation state is based on three defining prerequisites, namely the bordered land, the people and the sovereignty.

This necessitates that a person travelling from one nation state to another that has specific borders and definite sovereignty to obtain a visa and to abide by the governing laws of obtaining it. Most of those who seek to perform Hajj cannot easily stay in Arabia after the end of the season or to return to it at will in the following years. 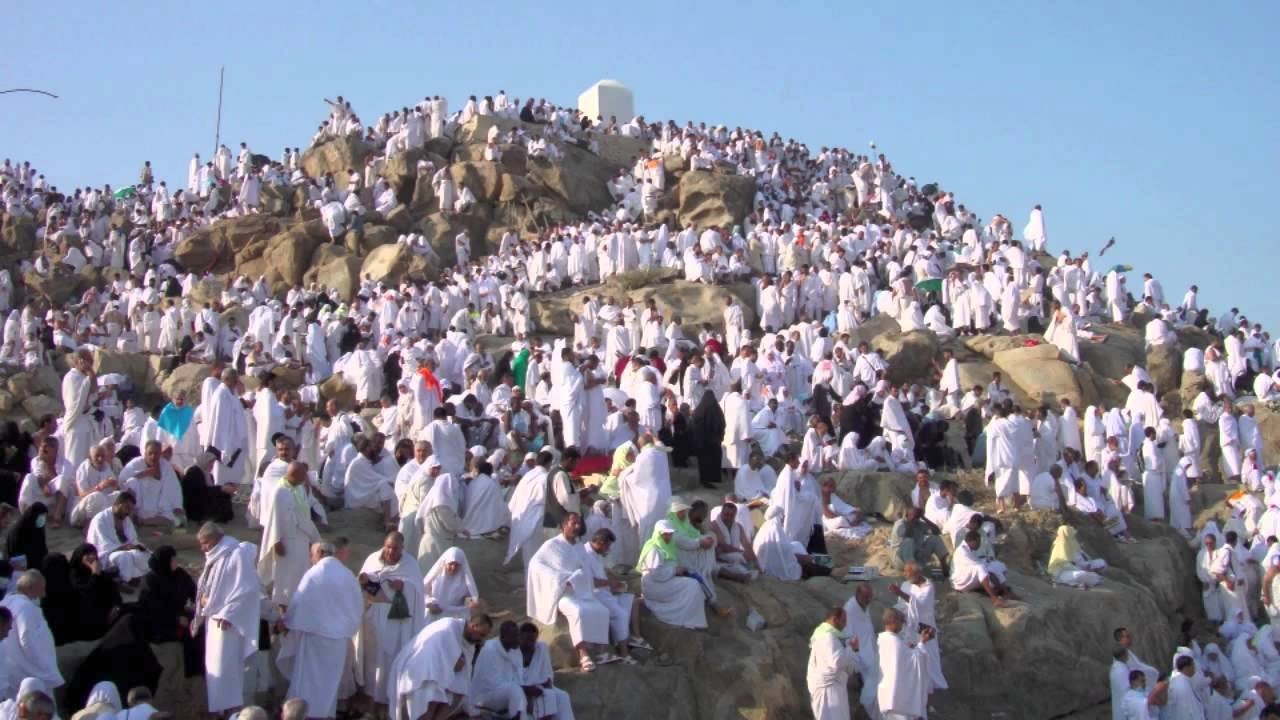 5 Questions About Hajj and `Umrah

This new political system has an impact on a number of issues related to Hajj jurisprudence, including the issue of women who have their menses during the season of Hajj – whose number is great enough to reach tens of thousands every year – and who cannot stay in Arabia to perform circumambulation (Tawaf) after the end of their period nor can they return later to perform it even if they wish to do so as this requires obtaining the visas and passing through other numerous costly procedures.

So, the main question is how to handle the Tawaf-related ruling in this case, though it is of a binding ritualistic nature as the Prophet prohibited a menstruating woman to circumambulate the Ka`bah?

How can we apply the Fiqh of Priorities so as to facilitate fulfilment of Hajj rituals for that large number of women every year without causing difficulty for them or making them feel guilty or depressed because of something out of their control.

Though travel and visa systems are new, still a number of the early scholars investigated the issue of a menstruating woman’s inability to stay in Makkah until her period ends so that she can perform Tawaf. The issue is extensively discussed by Ibn Al-Qayyim in his famous book, I`lam Al-Muwaqqi`in.

The following is an excerpt of his examination of the issue to illustrate how his opinion copes with the Fiqh of Priorities:

The Prophet (peace and blessings be upon him) forbade menstruating women to circumambulate the Ka`bah until the period ends, and said to the woman (having menses), “Do what a pilgrim does (of rituals) except that you should not circumambulate the House (Ka`bah)“.

Therefore, some people thought that this is a general ruling that applies at all times and in all cases, without discrimination between the cases of ability and inability to do so, or between the times of possibility and impossibility to stay in Makkah until the end of a woman’s period to perform Tawaf.

However, other two groups of scholars argue against this opinion, and the first of the two held that Tawaf performed by a woman during her menses is valid and that menstruation does not render Tawaf impermissible. They argued that although ritual purity is required for Tawaf, menstrual bleeding does not invalidate Tawaf but only necessitates offering a sacrificial animal to make up for it. But Tawaf itself is still valid. This opinion is held by Abu Hanifah and his companions, and by Ahmad in one of two reports narrated from him, and this quoted report is the more textually solid of the two.

This group do not consider the relationship between ritual purity and Tawaf as same as the relationship between ritual purity and prayer; Taharah, according to them, is not a condition for Tawaf as the case with Prayers. Rather, it is one of the obligations (wajibat) of Tawaf, just like the other obligations of Hajj, the missing of which does not render Hajj void but rather entails an expiation that is fulfilled by slaughtering an animal. 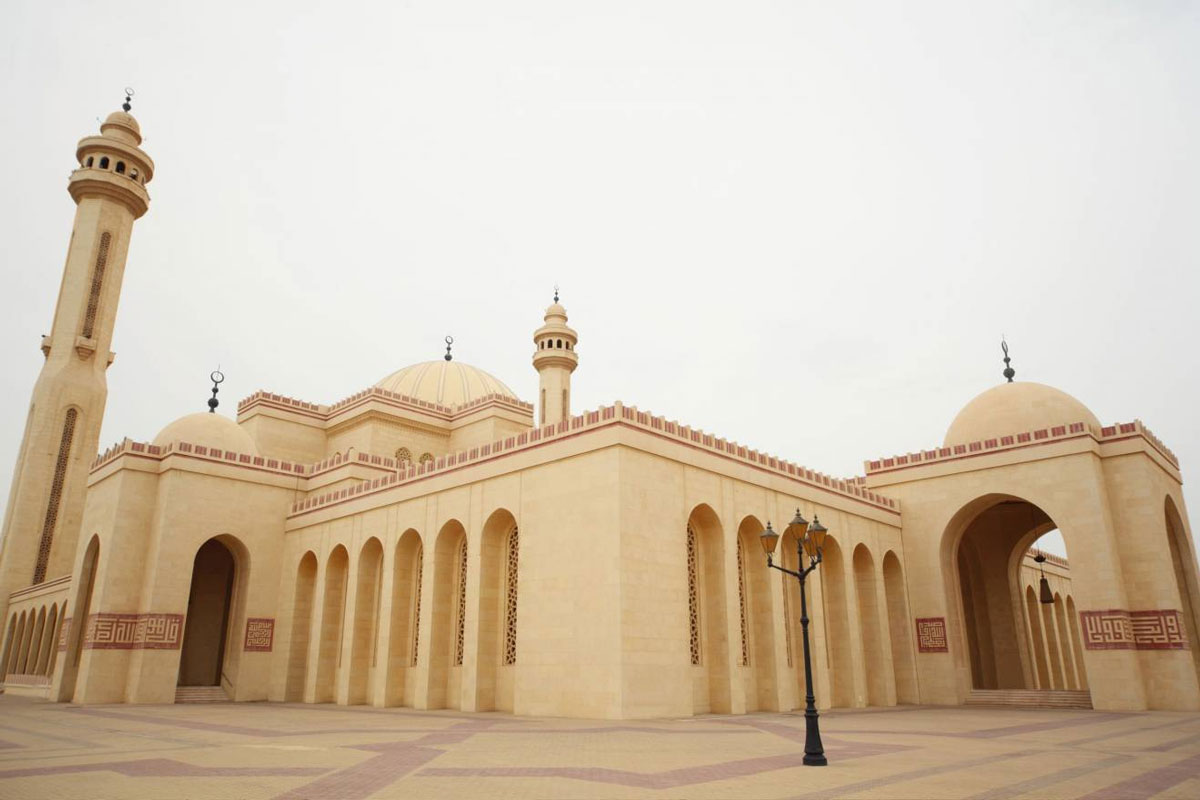 9 Hadiths on Men-Women Interaction in Mosque

The other group deemed the necessity of ritual purity for Tawaf equal to the necessity of covering the private parts during prayer; in other words, it is similar to all the conditions of prayer that are obligatory with ability and that are dropped in case of inability. They further argue that ritual purity is not more binding for Tawaf than it is for prayer, and if it is dropped due to inability in case of prayer, then it is more entitled to be dropped in case of inability duringTawaf.

Imam Ibn Al-Qayyim states in this regard,

At that time, ritual purification was possible for her and she could performTawaf. However, as it is not possible nowadays for a delegation to get delayed because of a woman whose menses starts, a woman in this situation is faced with eight courses of action….(vol. 3, pp. 30-42)

Ibn Al-Qayyim extensively elaborated on these logical eight options for a menstruating woman living in a different time where it is not possible to delay her group until her menses ends. This is the case presently; it is not possible for most of pilgrims who are not citizens of Gulf States to stay for a longer period in Makkah or to return later due to the constraints of travel, visas, expense etc.

Thus, Ibn Al-Qayyim ended up choosing the opinion that allows a menstruating woman in this particular situation to perform Tawaf (despite having her menses). He stated that,

A woman in such a case is allowed to circumambulate the Ka`bah, it is considered a necessity dictating entrance into the Mosque and performing circumambulation despite having her menses.

The core of this issue was pointed out by the Prophet (peace and blessings be upon him) when he described menstruation as something predestined for females. In the same vein, Imam Ahmad said, “Such is a matter with which a woman is afflicted that she can do nothing about.”

Difference between menstruation and janabah

So, if a person forgets to perform obligatory ritual purification or prayer, he is commanded to perform the missed ritual upon remembering it. On the other hand, a person unable to fulfil a condition or a required element (Wajib) of an act of worship is not commanded to repeat the worship act later upon becoming able to do it.

Accordingly, if a menstruating woman cannot perform Tawaf except while in a state of ritual impurity, then she is required to do only what she can do, while she is exempted of whatever she cannot do. Almighty Allah said, {So fear Allah as much as you are able} [At-Taghabun: 16] and the Prophet (peace and blessings be upon him) said, “When I command you to do something, then do as much of it as you can“.

Hence, a woman going through this situation has no option other than this, i.e. doing Tawaf while she is in menses. If she does so then she fulfils as much of the obligation as she can. According to the Shariah texts and rules, nothing else becomes binding on her.[3]

This new Ijtihad by Ibn Al-Qayyim is the dictate of Fiqh of Priorities regarding this issue that is not addressed by the Shariah texts since the available texts deal with different circumstances and conditions. It was not conceivable then that a female pilgrim’s stay for Hajj be limited to only a few days or that she cannot return to make up for the missed ritual later. So, considering ritual purification as a necessary condition for Tawaf in this particular case involves a clear difficulty.

At the present time, some women adopt the Fatwa that allows using synthetic-hormone pills to delay their period despite the high potentiality of adverse health effects or heavy, prolonged hemorrhoid. Therefore, making things easy is the proper approach and goes in line with the Fiqh of Priorities that favors easiness and leniency to making things difficult and imposing hardship.

It is permissible for a woman on her period to enter the Mosque, to stay in it, and to recite the Quran and perform all rituals with the exception of prayers. Besides, if a woman gets her menses before performing Tawaf, during Hajj, she can perform Tawaf if she is not a resident of the Arabian Peninsula and if it is not possible for her to stay there until she finishes her menses.

* Translated from the Arabic original by AboutIslam.net.