From time to time, Muslims are appalled by gross crimes that are associated with Islam because the culprits are affiliated to ISIL.

The name of ISIL (Islamic State in Iraq and the Levant), as well as its repeated talk about defending Islam and establishing an Islamic state, is used by media outlets, Islamophobic and hatred mongers to establish the connection between Islam and the crimes they commit.

The important question here is, are the convictions and practices of ISIL Islamic in the first place?

The crimes that ISIL shamelessly perpetrates do not affect ISIL and its followers only; it rather damages the image of Islam, the religion that never condones harming or killing innocent people. Islam never accepts aggression, injustice or oppression.

This folder offers a critical review of ISIL ideas, highlights ethics of Jihad and war in Islam and refutes misconceptions revived by ISIL’s violations. 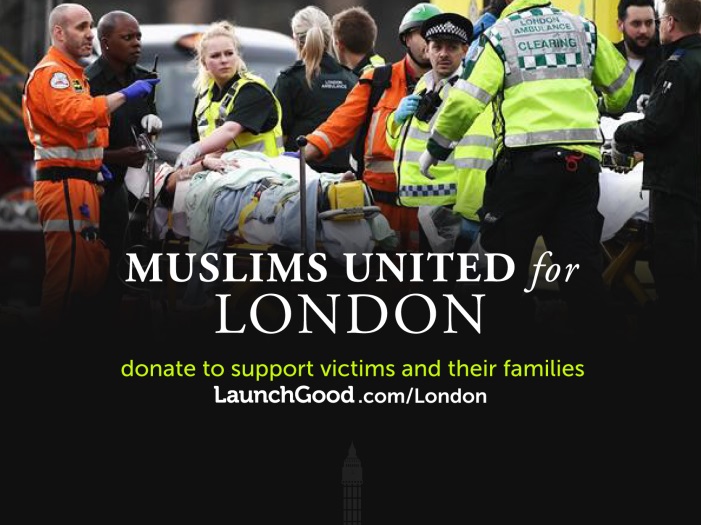 How Did Muslims React to London Attack?

While hate mongers rushed to the internet to immediately blame Muslims for the attack, Muslims in Britain and worldwide rushed to raise funds for the victims’ families, pray for them and condemn all attacks.

Moments after the attack, British-Muslim Muddassar Ahmed started a LaunchGood crowdfunding campaign to raise funds for the families of those affected.

The past decades witnessed the emergence of different so-called Jihadist movements whose declared goal is to stand up against oppression and to free Muslim countries from foreign control. However, sometimes the practices were not so noble. In many cases, blood is shed and innocent people are murdered for no acceptable reason.

Are these groups truly rightly guided, merely because they claim to stand up in the face of oppression? Or are they doing more harm by killing innocents, and thus demonstrate ‘Kharijite’ tendencies (the group that exemplifies Islamic fanaticism)?

“If you do not read history you are going to repeat it,” argues Dr. Yasir Qadhi in this speech. He critically examines 3 cases related to the Jihadist movement during the past half a century, highlighting, in his examination, the characteristics common among involved groups and lessons to be learned, especially for those not living in war zones.

The talk also discusses the concepts of Jihad, martyrdom, living vs. dying for the cause of Allah and venues of Jihad available for Muslims in the West. The lecture is followed by a very frank and controversial Q and A session. 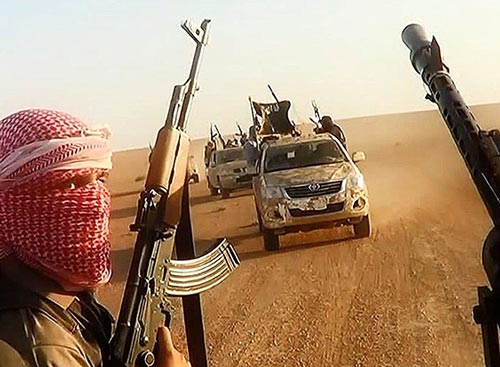 In a letter addressed to the leader of the so-called the Islamic State in Iraq and the Levant, more than 100 scholars, thinkers, preachers and activists discussed and refuted a number of principles and practices that ISIL adopted. The letter included an explanation of important rules that need to be adhered to in the process of inferring and implementing the rulings of Shariah.

Dr. Tariq Ramadan: How Can We Stop ISIL?

When examining the phenomenon of terrorism, all dimensions need to be considered; both religious and political analyses are necessary.

From an Islamic perspective, we know that we have some Muslims who have the wrong interpretation of what Islam is. This is where we have a moral duty as Muslims to take a stand, challenge such understandings and say: “That is not our religion and these are not our principles.”

At the same time, the political situation is also important; we have to get a better understanding of the complexity of what is happening. When, for example, Tony Blair said in 2005 that there is no relationship between Britain’s foreign policy and what happened in London; in ethical terms he was right; nothing can justify killing innocent people. But, in political terms he was wrong.

Join Dr. Tariq Ramdan in this interview as he reflects on these two dimensions and discusses the roles that should be played by Muslim scholars and the youth in the current chaotic situation. 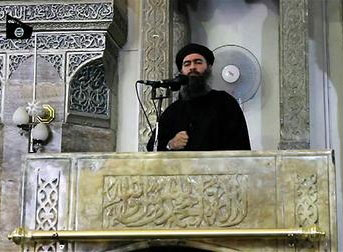 One of the major and most serious errors that mark the thinking and behavior of the so called Islamic State in Iraq and the Levant (ISIL) is their rushing to declare other Muslims (especially their opponents) as non-Muslims. This leads to grave consequences such as dealing lightly with such important issues like violating sanctity of people’s lives; innocent Muslims are killed as a result without any proper proceedings or valid justification.

Dr. Jasser Auda: ISIL One of the Biggest Traps

We have a problem in the Arab world that is called the Islamic State. It is a very complex problem.

The youth, please do not join this crazy movement; think about it very well.

To me, it is not Islamic and it is not a state.  I think it is not compliant with the Shariah in any sense. And strategically speaking it is causing the Muslim world a lot of harm and eventually it is one of the biggest traps we have fallen into.

We have fallen into a number of traps over the past few years as Muslims, Muslim movements and Muslim political activists. And this is one of the biggest traps. 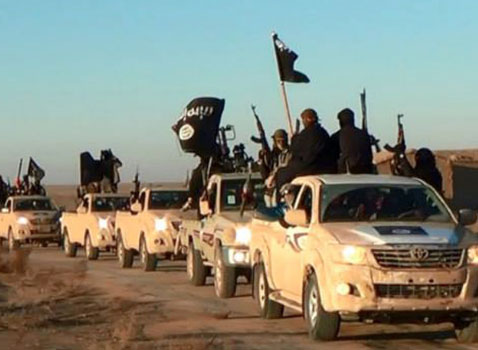 One of the most important principles when it comes to the manner of jihad is that only combatants may be killed; their families and non-combatants may not be killed intentionally. If you ask about the instance when the Prophet (peace and blessings be upon him) was asked about bystanders and women being killed with idolaters and he said: “They are from them”, this Hadith refers to the killing of innocents by accident and in no way indicates that the intentional killing of innocents—such as in bombings—is permitted.

In this Video, Dr. Shabir Aly answers a question about the legitimacy of ISIL’s caliphate claim and whether Muslims have to rally around it. The answer provides a historical examination of the concept of Caliphate and the circumstances surrounding the nomination and endorsement of the four guided caliphs. It also sheds light on the importance of considering the context and peculiarities of each stage of caliphate throughout history and striking balance between the ideals Muslims are aiming at and the pressures of reality they are living. 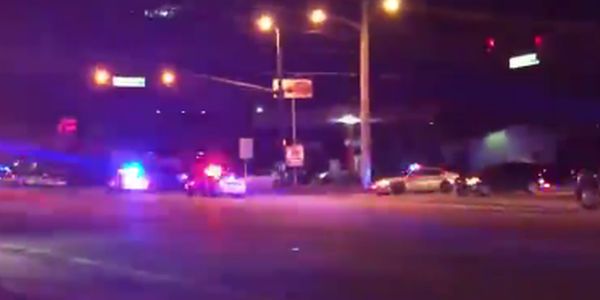 Expressions of shock and vehement condemnation dominated the reactions of Muslim Imams and scholars towards the Orlando Shooting which claimed the lives of 50 people so far. The act was described as heinous, despicable and categorically unjustified from an Islamic perspective.
Find here some of the early reactions to the attacks. 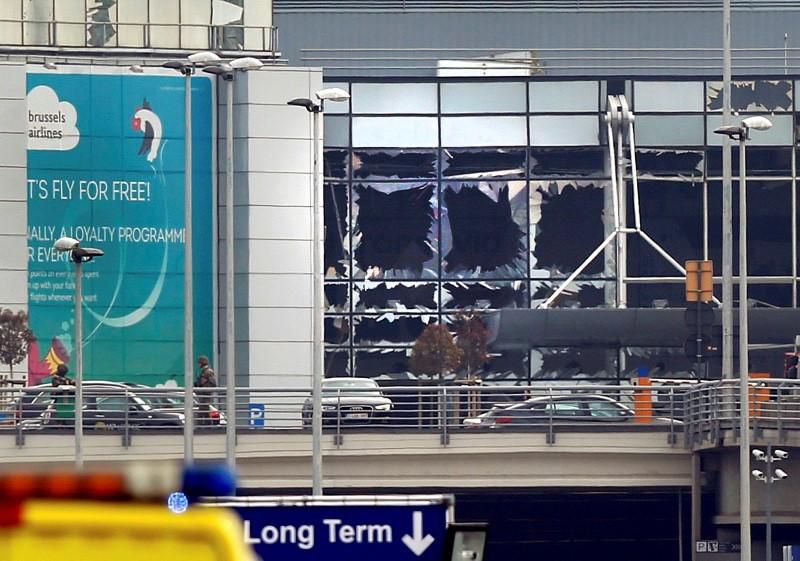 Within the last few weeks, Ankara and Istanbul saw disastrous terrorist attacks in city centers which garnered little media attention. Today we see the same carnage in Brussels. Once again, depraved human beings striking in populated places that should be safe for innocent families to live in peace. People should not have to worry about suicide bombers, gunmen, or drone strikes as they go about their daily lives in airports, marketplaces, banquet halls, etc. The madness must stop. Praying for the victims of today’s attacks and the ones that are ignored on a daily basis.

Another perspective on what to do to encounter the extremists trying to hijack the Muslim discourse and the extremists on the other side who work tirelessly to monger fear and spread Islamophobia and hatred. In this Khutbah, which comes just after Brussels attacks, Nouman Khan draws our attention to the importance of thinking long-term and strategically and the necessity of finding sustainable solution. Referring to a Qur’anic verse that gives a smiley of two tress, one is well established and firmly rooted while the other is veil, rootless, Brother Khan explores the potentials and power of spreading good word and education as a strategic solution for the extremism plight.

Introducing his book that refutes ISIL arguments, Sheik Yaqubi in this video discusses a number of issues and concepts that ISIL draw on to justify their criminal practices. Among the topics raised in this video are treatment of prisoners of war, burning the enemies, takfir, and necessity of education reform.