As festivities die out, so do the millions of flowers that had been picked and shared all at once to serve the occasion. The hidden costs on the environment can become devastating.

No longer. A team of researchers from the department of Museology, Aligarh Muslim University (AMU), India has come up with a chemical compound and a technique that can preserve the color and shape of flowers for nearly 20 years.

The idea of preserving flowers evolved when Professor Abdul Raheem was working on herbarium (collection of preserved plant specimen) while studying for his Master’s of Science degree. At that time he didn’t find any technique to preserve herbarium or any other botanically important plants, except through the conventional methods of drying.

“When I had enrolled for the PhD program in Museology many years back, I had suggested this [plant preserving technique] as one of my research topics,” Abdul Raheem told Aboutislam.net. But he had not been encouraged to take this up as it was presumed an unrealistic project.

After completing his PhD and becoming a professor at the AMU, he suggested this topic to one of his research students. It took them five years to succeed in their bid to preserve one of the most revered, acknowledged, and extensively used expression of love, relationship, and happiness of human life.

“The treatment is simple and involves spraying of the chemical product that we have invented on the flowers at a specific temperature,” says Abdul Raheem.

After spraying the chemical, the flowers can be decorated in any way or can be made into a garland or a bouquet. What is more interesting is that the fragrance of the flowers can also be preserved for around a year and artificial fragrance can also be induced he claimed. Abdul Reheem believes that the technique works on almost all flower species.

Based on the life of the chemical, the researchers have come to the conclusion that the flowers should survive for nearly 20 years. 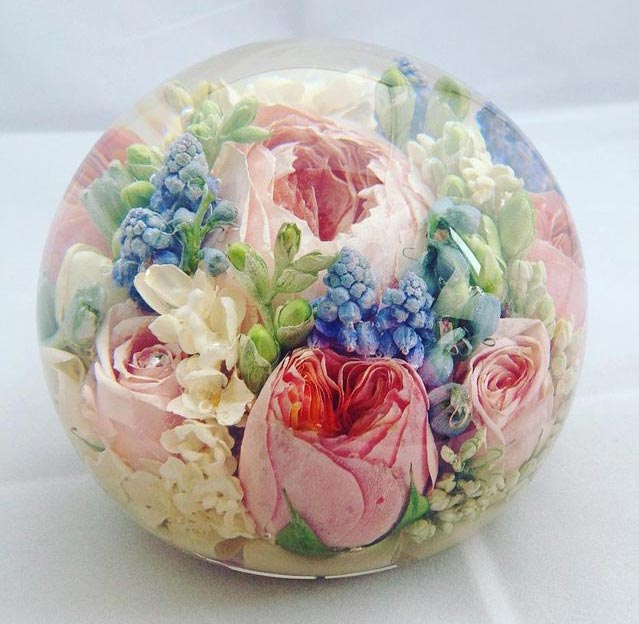 According to the researchers, the chemical product will benefit the flower business across the globe as it can be used to preserve flowers while being transported for days. It would also eliminate the use of cold storage for preserving flowers saving transportation costs.

Academically, the technique should allow scientists to preserve and conserve vulnerable and useful species of plants for study purposes and can also retain natural pigment. The technique will greatly help botanists in maintaining herbarium which tend to deteriorate after some time.

The invention may well lead to the decline in production of artificial flowers, which resort to polluting plastics and polythene in the manufacturing process. “Artificial flowers will be replaced by natural flowers in coming days when our product comes into market,” expressed Abdul Raheem.

“Millions of rupees are spent daily to decorate offices, airports, and stages which can well be saved.”

The product is commercially viable and may well be available in the Indian market very soon, according to Abdul Raheem. One of the major chemical companies of India is in talks with the research team and the University for making it available to the market.

Abdul Raheem says that his team’s work has been recognized by the joint director of the Botanical Survey of India, as well as by the Chinese Academy of Sciences in Beijing.

“There have been enquiries for buying the technique from countries like Canada, Malaysia, and China.”