Azhar Park, Cairo, Egypt | El Azhar Park in Cairo, Egypt, is one of the modern examples of Islamic Charbagh.
aaa

Heaven, the ultimate reward that we are striving for, Qur’an describes it as “gardens underneath which rivers flow”. So, what places on Earth could give us better foretaste of Paradise than gardens?

Gardens, and specifically traditional Islamic gardens, are the reflections of heaven on Earth. But they are also much more; they are the places where our minds can rest and our souls can reconnect with nature; places of respite in the cooling shadow of trees and representations of ultimate timeless beauty.

They provide nutrition for our souls, but on a more basic level, gardens also provide us with fruit and vegetables to feed our bodies. Gardens have profound meaning in Islam on both symbolic and factual levels. And they may have even bigger role to play in the mixed-faith communities.

Traditional Islamic gardens, Charbagh, have distinguishable their characteristic elements. Their subdivision into four parts by straight paths or waterway; the water, either flowing or static, in the centre; the shade provided by trees; and the garden being enclosed within walls. The architecture of the pavilions or other buildings is also an integral part of the garden.

Each of these elements has its own symbolic meaning; the layout of the garden represents the traditional cosmology common to all ancient cultures and civilizations. Also, the interaction of the square shape with a circular centre signifies the meeting of heaven and earth.

The flowing water and the shade symbolize the function of garden as providing comfort and respite. Also, its enclosure within walls represents the inner order of universe and the inner contemplative nature of man.

The division into four is also a reflection on the revelation of Jannat al-Firdaus comprising of four gardens, as described in Surat Ar-Rahman. But even though the Charbagh are Islamic gardens, people of all backgrounds appreciate their beauty. There are people who set up Charbagh for the sake of aesthetics without knowing or looking into their symbolic meaning.

Emma Clark is a famous landscape architect specializing in Islamic gardens and author of several books on Charbagh symbolism. That’s due to their representation of the universal theories of peace and harmony. Their beauty is timeless. She also believes that such gardens can serve as bridges between cultures and may invite people to discover Islam.

There is plenty of anecdotal information with people of all faiths reporting their positive experience of visiting Islamic gardens. They went beyond sensual or aesthetic satisfaction.

The most famous Charbagh visited annually by millions of people are the gardens of Alhambra palace complex in Granada, Spain. There are also the gardens of the Mughals Emperors in the Indian Subcontinent, such as the Taj Mahal. So could a visit to a garden really become a pretext to an interfaith dialogue? 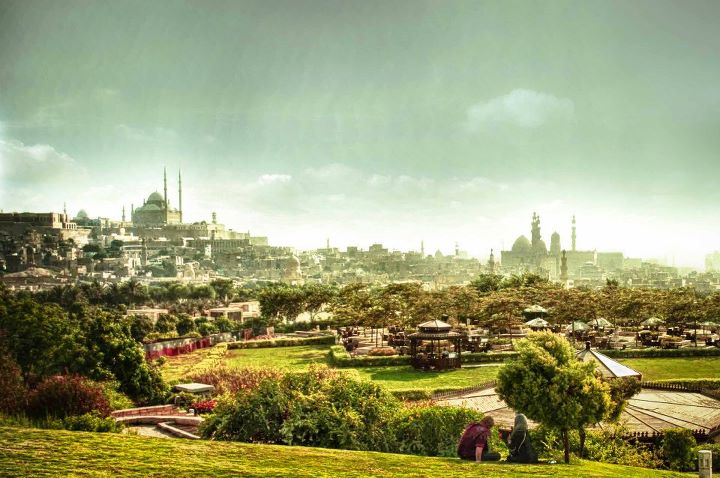 El Azhar Park in Cairo, Egypt, is one of the modern examples of Islamic Charbagh.

The report ‘Islamic Gardens in the UK: the Dynamics of Conservation, Cultures and Communities’ prepared by Sophie Gilliat-Ray and Mark Bryant and commissioned by Botanic Gardens Conservation International, confirms that there is a tendency amongst those involved in Islamic environmentalism to be open to interfaith initiatives and dialogue and they do use Islamic Gardens as one of the resources in their faith-based environmental education.

So the gardens do carry the potential to become an intercultural bridge. However, the research has also found that this potential is largely unutilized.

Most of the traditional Islamic gardens in the UK lie within larger botanic gardens. They are often in the grounds of the open to public mansion houses and countryside residences. This creates certain social barriers in access to them.

Some Muslim respondents mentioned such reasons as high admission fees or geographical distance as preventing them from visiting Islamic gardens. Some didn’t even realize that such do exist in the UK. And some viewed botanic gardens on the whole as the ‘English middle-class sort of place’.

The interviews with the directors of botanic gardens seemed to support this idea, as they have admitted that their visitors were predominantly white middle-class.

These findings are a bit of disappointment, as we would wish for Islamic gardens to be more open to the wider public and through greater awareness they could really become a bridge for the interfaith relations, instead of being just an exhibit of exotic culture or an element of colonial heritage, as is often the case at the moment.

Yet there are other gardens, which are not meant to be a display of Islamic culture or history, but rather they are opened for more practical reasons, such as growing fruit and vegetables, which may play a far more significant part in absorbing Muslims in horticulture and providing a platform for interfaith relations.

These are the community gardens which have recently become popular again. These grassroots initiatives engaging local communities within short distance from where they live have proved to be far more effective in raising eco-awareness amongst Muslims, and because they often involve people of different cultural backgrounds connected through geographical locality, it is a more natural way for people to build inter-religious relations and friendship. 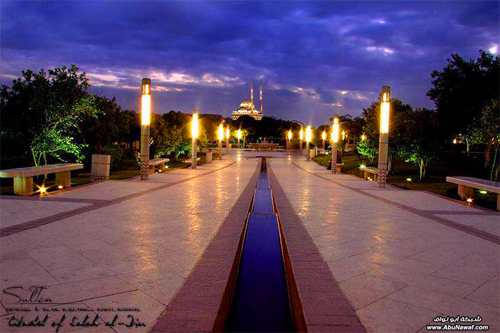 A great example of such successful enterprise is the Wapping Women’s Centre Community Garden in East London.

The success in this case should be measured more in terms of building eco-awareness among Muslim community, rather than in building interfaith dialogue, because it is primarily engaging women of Bangladeshi origin living in the area.

The idea of the community garden came from observation that many women used to keep herbs and plants for culinary use on their balconies.

At the beginning those women were apprehensive in coming out with their gardening to the public space, but they have gained confidence and the gardening project changed the community life for better.

The educational role of this project can reduce waste by 40% due to better management and more recycling. In Manchester, the city-wide community garden initiative called ‘It’s Your Neighborhood’ did actually improve community relations, besides creating green oases and improving the crime prevention rates.

In one case the tension between users of the Burton Road Mosque and local residents over parking at prayer time was resolved when the Muslim community made up hundreds of hanging baskets for the residents and invited them to a barbecue, creating a friendly environment and opening up a meaningful dialogue.

Gardens, whether ornamental or vegetable ones, have huge positive impact on communities. Visiting green spaces and gardening is a great way to spend free-time in a healthy and environment-friendly way, growing vegetables raises awareness of the issue of sustainability and good, tayyab food sources and as it turns out, the gardens also help in uniting the communities.

For us Muslims, with our great horticultural heritage and our special role as khalifas of Earth, it should be even more important to become engaged in the various gardening projects and use them as means of spreading the green message of Islam.