Summer is here! It’s time for some fun in the sun and for packing up for that trip you’ve been saving for all year! But stop for a minute please!

It’s exciting to travel and to spend days by the pool or the sea, but don’t forget about your health.

There are a lot of precautions that you need to take in order for you to have a safe summer. All it needs is a little bit of good planning and voila!

You’ll be all set to have all the fun that you want, and at the same time protect yourself and your family.

“There are certain health problems that we see quite often during the summer,” said Egyptian pediatrician Dr. Yasser Fikry.

Not Fun After All

From among these problems he specified stomach disorders and swimming related concerns, also known as recreational water illnesses (RWI).

According to the Centers for Disease Control and Prevention (CDC), “RWIs are illnesses that are spread by swallowing, breathing, or having contact with contaminated water from swimming pools, spas, lakes, rivers, or oceans. Recreational water illnesses can cause a wide variety of symptoms, including skin, ear, respiratory, eye and wound infections. The most commonly reported RWI is diarrhea.”

The center says that swimmers who are ill with diarrhea could easily contaminate pool water, and if someone swallows water that has been contaminated he/she may become sick. “Many of these diarrhea- causing germs do not have to be swallowed in large amounts to cause illness.”

Other RWIs include eye, skin, ear and respiratory infections, and are caused by germs that live naturally in the environment (water, soil).

Those who suffer more severe illnesses when getting affected with RWI are children, pregnant women and people with compromised immune systems (such as those living with AIDS, or those who have received an organ transplant, or those receiving certain types of chemotherapy).

Pools contaminated with animal waste that contain Cryptsporidium (or Crypto) could be life threatening for those people, CDC says. That’s why the use of disinfectants such as chlorine is important in swimming pools.

Chlorine when added at certain levels kills germs that live in pools. The levels recommended by the U.S. health department are between 1.0 – 3.0 ppm.

However, chlorine in swimming pools takes time to kill the germs, which is why healthy swimming patterns must be adopted by swimmers to reduce the chance of contaminating swimming pools.

In addition to continuously adjusting chlorine and pH levels in the pools, the CDC recommends the following six instructions for healthy swimming, three for the parents of younger kids and three for all swimmers. 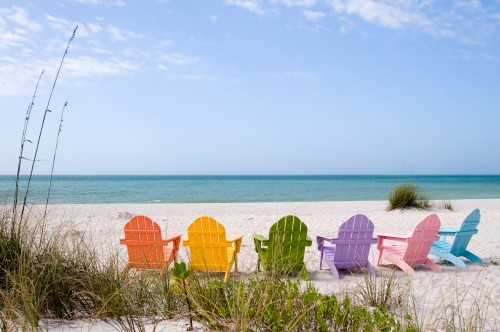 “Children urinating in swimming pool water could transfer urinary tract infections to others”, said Dr. Fikry, adding that another health hazard is sunstrokes from spending endless hours playing by the pool.

“Mothers must always make sure that their child’s head is wet and that he wears a baseball cap. He should also take regular showers with fresh water while spending the day by the pool. Sometimes the child may say that he’s dizzy or not feeling well and the mother may not realize that these are sunstroke symptoms.”

After using the pool, Dr. Fikry added, the body should be washed using an antiseptic soap to kill the bacteria.

Chlorine water is also bad for the hair. “It melts the greasy substance produced by the hair that gives it its natural shine and that’s why after extensive pool usage, the hair becomes dry and even starts to fall.”

Shower areas in public swimming pools that do not have proper drainage could transfer athlete’s foot or tinea from one swimmer to the other. “It’s important to keep feet dry at all times,” says Dr. Fikry.

While he added that going to the seaside is the best form of recreational swimming with less health hazards involved, he added that there are also a few precautions required.

The first is to pack along some sunscreen lotion. “The higher the SPF (Sun Protection Factor) the better, it means that it has higher protection.”

Also, if the seaside one is going to is notorious for having jellyfish scattered along the coast, it may be best to pack some vinegar to wash away the sting.

Other things to pack along are moisturizers, diarrhea medicine and mosquito sprays if the area one is going to is filled with mosquitoes.

“It is important for mothers to keep an eye out for their children and to make sure that they don’t go deeply into the water,” says Dr. Fikry.

Another summer-related problem, he said, was food contamination due to the increase of eating out.

“People eat out a lot during the summer, especially ice-cream, juices and in fast food places. A lot of viruses, like Rota Virus and Hepatitis A, and bacterias could be contracted from eating out, especially in developing countries where health quality control is not implemented in the restaurants,” he said.

For instance, fridges that aren’t cold enough aren’t suitable for the preservation of mayonnaise and could cause food poisoning.

Food handlers could be carriers of diseases that they don’t even know about, says Dr. Fikry. “Actually, home made food is the best, but if you must eat out, then carefully choose where you eat.” Over all, he added, cleanliness is the most important thing to take care of in the summer.

Traveling abroad during the summer is a different ball game. The health precautions that should be taken depend on a number of factors.

According to a report prepared by Hussein A. Gezairy, Director of the Eastern Mediterranean Regional Office (EMRO) of the World Health Organization (WHO): “Travelers are exposed to a variety of health risks of the unfamiliar environment of the visited. The risk of exposure is determined by destination, duration of the visit, purpose of the visit, behavior of the traveler and underlying physical and biological status of the traveler. Even though, most risks can be minimized by suitable precautions taken before, during and after travel. Travelers can themselves, also easily introduce any infectious agents they may harbor to the visited.”

The reason people may fall sick when travelling is because “people in their home environment live in a state of equilibrium with the physical environment and with the local strains of microorganisms. The many physical and environmental changes encountered during international travel, including changes in altitude, temperature, humidity and microbial flora, exacerbated by stress and fatigue, may all disturb this equilibrium to a greater or lesser extent,” the report said.

According to the WHO report, factors determining exposure to the health risks of the visited area include:

Health risks resulting from exposure to a new physical environment include hypoxia in high altitudes, heat exhaustion, heat stroke, sunburns and keratitis due to high temperature, humidity and ultraviolet radiation.

The report added that “although the medical profession and the travel industry can provide a great deal of help and advice, it is the traveler’s responsibility to ask for information, to understand the risks involved and to take the necessary precautions for the journey.”

Dr. Nadia Teleb, Officer in Charge of Epidemic Surveillance and Response for the WHO Eastern Mediterranean Regional Office said that there are certain medications that one must take a good supply of before going on leave.

These include antibiotics, syringes, insulin, chronic illnesses medication (if leaving for a long while, and don’t want to risk not finding the medication), mosquito sprays and disinfecting solutions.

“If you’re going to work in any refugee camps, then you’re at a higher risk,” said Dr. Teleb. The only compulsory vaccination recommended by the WHO is the one taken when travelling to African and South American countries for Yellow fever.

“However there are some country specific vaccinations that should be taken. Information for that is at the respective ministries of health,” said Dr. Teleb, adding that in some African countries it might be recommended to take the meningococcal meningitis vaccine.

When travelling, one should be careful about what food is consumed. Travelers’ diarrhea is one of the most common travel illnesses.

“The golden rule is heat it, peel it or leave it. Make sure the food is always hot and that you know where your drinking water is coming from,” said Dr. Teleb.