On the authority of AbuHurayrah (may Allah be pleased with him), Prophet Muhammad (PBUH) said: “The strong believer is better and more beloved to Allah than the weak believer, while there is good in both. Guard over that which benefits you, seek Allah’s assistance, (don’t lend yourself to things devoid of benefit, and this could carry many meanings), and if something befalls you, then don’t say `If only I would have done such and such,` rather say, (Allah ordained (this) and He does what He wills), for verily the phrase `If I would have` makes way for the work of Shaytaan.”

The Prophet, Allah’s Peace and blessings be upon him, was talking in terms of faith and character, but also indicating that physical strength i.e. optimum health and fitness were desirable for every Muslim, providing God gave us the ways and means of attaining such strength.

Islam’s holistic approach to life and thus health offers us the ability to remain strong and healthy. If God decrees that illness or injury are to be part of our lives then Islam provides us with the ways and means of accepting and even being grateful for the tests and trials that envelope us.

In light of the current Olympic games where several Muslim countries participate, no doubt everyone would like to have that good shape of athletes which Allah have blessed them with and which they have worked hard and eagerly to achieve. And whether this good-looking shape is a goal or a method, but working sincerely to have it is a praised thing in Islamic Shari’ah.

Nevertheless, can you clearly see the difference between the shapes of real athletes and the fake humanoid bodybuilders? Have you ever wondered about the real answers behind that?

Steroids vs Natural: Not Even Close! 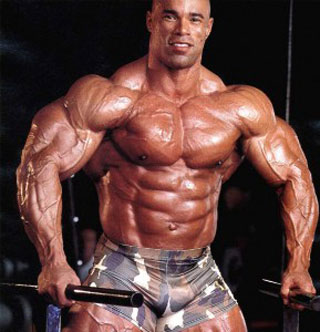 Fake muscles made by steroid injections

As most of us can already guess, the average person using steroids will generally get much better results in terms of building muscle and improving performance than someone who is natural and not using anything (especially with all else being equal).

But what might surprise you is the actual degree of difference. As it turns out, there is one specific study that shows this difference quite clearly.

This 10 week study took a group of 43 men of normal body weight between the ages of 19 and 40 who all had some degree of weight training experience. These men were then split up into 4 different groups:

Group 1 didn’t do any form of exercise, and didn’t receive any form of steroids or drugs. (Natural guys doing no weight training.)

On the other hand, Group 2 didn’t do any form of exercise, but they received weekly injections of 600 mg of testosterone enanthate. (Drug users doing no weight training.)

Group 3 did exercise, but they didn’t receive any form of steroids or drugs. (Natural guys doing weight training.)

And Group 4 did exercise, and they also received weekly injections of 600 mg of testosterone enanthate. (Drug users doing weight training.)

All of their diets (calorie intake, protein intake, nutrient intake, etc.) were standardized according to each person’s body weight, recorded, verified and adjusted when needed. The two groups who were weight training (groups 3 and 4) followed the same supervised workouts each week.

Meaning, with the exception of the fact that some groups were or weren’t weight training, and some were or weren’t using drugs… everything else (diet and training) was equal and even.

The outcome appeared to be:

Group 1 (no exercise, natural) experienced no significant changes. No surprise there.

Group 3 (exercise, natural) was able to build about 4 pounds of muscle.

Group 4 (exercise, drug use) was able to build about 13 pounds of muscle.

Not being completely aware of these facts is what often causes natural men and women to make huge mistakes in how they train, how they eat, whose advice they trust, what realistic results they expect, what goals they set, what claims they believe, and what products and supplements they spend their money on.

Here we aren’t talking about the direct “side effects” that may come from using various performance enhancing/muscle building drugs… We’re talking about the indirect effects that come as a result of natural people being unknowingly (and often deceptively) exposed to those who are using.

Such harmful thought occurs when looking at the fake bodybuilders in magazines, people look at them, see the results they’ve gotten, and the first instinct is to replicate whatever it is they are doing.

This obviously just leads to natural people training like hell and getting absolutely nowhere (except possibly over-trained and injured).

Fake bodybuilding industry is just similar to junk food ads; you can’t find an ad or sales page for any sort of muscle building program, product or supplement that didn’t feature guys who are obviously not natural.

Whether they are just using the product, providing testimonials for the program, holding the supplement, or being used in the before and after pictures, steroid/drug use is often one of the main deceptive sales tactics among many muscle building products. Why? So natural people see it and think: “Wow… X pounds of muscle gained in only Y weeks?!”

Take real athletes as your role model because unless you’re using the same drugs the fake bodybuilders used, you’re not going to get those same fake results. If you don’t realize it (like most people don’t), you’ll just end up wasting tons of your money on nothing and you’ll lose your health since steroid excessive external intakes are evidently harmful as they alter our hormones and glands.

You’ll constantly think you’re failing even though you probably aren’t. It all happens because you have unrealistic expectations generated by media propaganda about what can actually be accomplished naturally, and in reality the harmful steroid/drug use of others is what often puts it there. 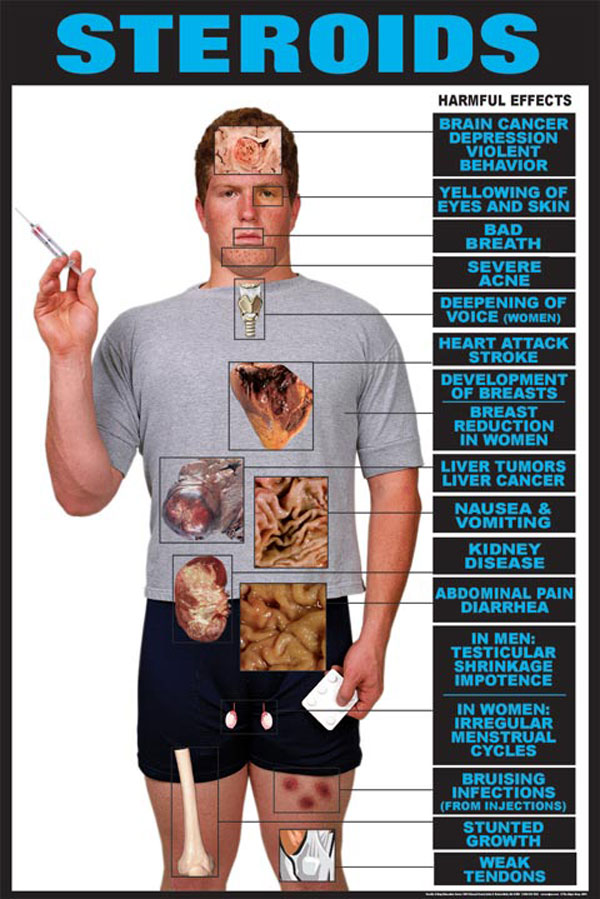