In the U.S., we are on the far end of the FMF diaspora where cases are rare and most physicians will never see an FMF patient
aaa

I am probably the last person you would expect to have Familial Mediterranean Fever (FMF). The medical literature describes FMF as an auto-inflammatory genetic disorder associated with mutations in the MEFV gene that regulates Pyrin, a protein that plays a key role in inflammatory response.

The first signs of FMF are usually observed during infancy or childhood in populations bordering the eastern Mediterranean or those living elsewhere with primarily Armenian, Turkish, Arabic and Iberian/Middle Eastern Sephardim ancestries in addition to Greeks and Hamitic North Africans including Egyptians and Amazigh to a lesser extent.

Except for me. I am proof that anyone can get this disease. I have no discernible mutations in my MEFV gene; I experienced the first signs of FMF well into adulthood; I have no apparent ancestral ties to eastern Mediterranean populations.

Yet I am bound to the larger FMF family by the same clinical manifestations including recurrent debilitating attacks of inflammation affecting the abdomen, thorax or joints, accompanied by fever. And most significant, the factor tying all FMF patients together, was the dramatic resolution of my FMF symptoms when I started taking Colchicine, extract of the autumn crocus seed.

Many of us refer to Colchicine as a miracle drug. It is a life-restoring and, in many cases a life-saving drug. It prevents the most serious manifestation of FMF, amyloidosis, in which a sticky protein accumulates in vital organs such as the kidneys which can be fatal.

Tens of thousands of lives have been saved since the 1960’s when Colchicine was first used to treat FMF. There are no alternatives to it. We must take Colchicine every day for the rest of our lives. When I first started taking Colchicine in 2006 I marveled that this tiny pill at $0.10 a piece could have such a powerful restorative impact on my life.

Here in the U.S., and the Americas as a whole, we are on the far end of the FMF diaspora where cases are rare and most physicians will never see an FMF patient. This was the case for my own physician until I appeared, causing him (and more so me) considerable diagnostic indigestion.

My online FMF education began in 2009 when I first joined a patient support group on Yahoo, moderated from the U.S. What I learned from the cross-talk on that site every FMF patient and their physicians should know. These observations were viewed through the lens of my training as an epidemiologist and as an academic researcher. Most of the discussion was about Colchicine and which brands worked best and which ones had side effects.

In the U.S. we had five brands of Colchicine on the market until mid-2009 and FMF patients, if unsatisfied by one brand, would switch to another until they found the most effective brand with the fewest side effects. But when I noted which brands were mentioned by which patients, the responses were entirely idiosyncratic. Each brand was someone’s “best brand” and likewise was someone else’s “worst brand.”

The spectrum of reactions to a single brand could be quite extreme, ranging from ideal response to adverse response requiring medical intervention. “Brand switching” was a spontaneous trial-and-error strategy that evolved among FMF patients in the U.S. With five brands of Colchicine on the market, most FMF patients found a satisfactory brand to settle into.

Then in July 2009, the U.S. Food and Drug Administration (FDA) threw a colossal wrench in the works. The agency approved a new brand of Colchicine, the first brand to submit to required safety and efficacy trials stipulated by the FDA, but only tested on gout patients not on FMF patients. The FDA rewarded the company with a three year proprietary period for the new brand and announced that all other brands deemed “unapproved” would be banned.

Once granted market exclusivity, the price of the new brand was hiked to an astronomical $5.00 per pill. The annual cost of my Colchicine supply would skyrocket from $100 to $5,300.And although the usury price is a serious hardship for many FMF patients; cost is not our worst problem. The FDA has declared illegal every brand of Colchicine that we found to be our best match and left us with one brand of Colchicine that had never been tested on FMF patients. This regulatory act was the most serious threat to FMF patients in the U.S. since the introduction of Colchicine. Who could have foreseen that our Colchicine supply was in any way vulnerable?

It would be more than one year before the residual stock of the original “unapproved” brands began running out. The old stock diminished as the panic level among FMF patients escalated. In the support group we asked for feedback from anyone trying the new brand and the initial reports were not good. All patients providing feedback except one described adverse reactions – most had to discontinue the new brand and one patient was hospitalized.

Patients began searching for alternative sources of Colchicine in other countries while others were scavenging residual inventories and stockpiling. The distress calls from our side of the Atlantic were heard in the faraway FMF motherlands. We were encouraged by many rescue offers tendered by fellow FMF patients in Lebanon, Jordan and Egypt who monitored our situation and were prepared to send us their local brands of Colchicine at a moment’s notice, reassuring us that we are, despite the distances separating us, one community.

Our unique and peculiar situation in the U.S. has not been resolved yet. We are still waiting for and demanding FDA approval of a second brand of Colchicine that would improve our situation considerably. But we have learned something important about FMF treatment as a result of our Colchicine crisis.  The “brand switching” phenomenon reflects an unusual and fundamental characteristic of FMF – our idiosyncratic response to different brands of Colchicine which has gone unnoticed by the medical community.

In the medical literature “Colchicine resistance,” meaning a patient’s lack of response or adverse response to Colchicine, is commonly recognized. “Colchicine resistance” is cited as occurring as frequently as 40% in FMF patients. In these studies it has been presumed after taking a single brand that these patients could not tolerate Colchicine in general. That is not what FMF patients in our support group were describing.

I conducted an online survey among our support group members in an effort to document and understand the phenomenon of “idiosyncratic brand response.” Among 23 FMF patients responding to the survey, eight brands of Colchicine had been taken, including some foreign brands. One-third of patients had tried only one brand, found it satisfactory and stayed with it. The remaining two-thirds tried an average of three brands each.

The most revealing result was that no brand of Colchicine achieved a higher than 75% satisfactory rating. Meaning that 25% of patients taking that brand alone, would have been declared “Colchicine resistant” in the FMF studies. But with access to multiple brands, all but one FMF patient (96%) found a satisfactory brand. This suggests that in countries where only one brand of Colchicine is available, FMF patients with an unsatisfactory response would be likely to benefit from another brand if it were available. The only way to find out would be to have broader access to more sources of Colchicine.

So, although we have few FMF patients on our side of the Atlantic, our experience with multiple brands of Colchicine has demonstrated a principle that may be important in improving treatment for FMF patients. Essentially unrecognized by the medical community, trial-and-error of multiple brands is already spontaneously occurring among FMF patients both in the U.S. and around the world who help each other connect with sources of Colchicine from different places. There is a lot of brand-swapping and self-medicating going on among FMF patients – better that the process be recognized and medically formalized. 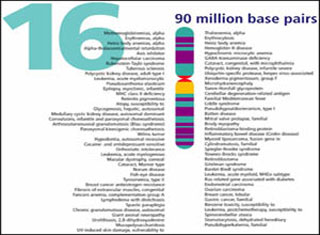 We would like our fellow FMF patients in the Mediterranean “homelands” to know that we are grateful for the support we have received during this Colchicine crisis in the U.S.  We are reminded that we all have something to gain from each other and that some of our most serious problems will not be solved by waiting for the medical community, government or pharmaceutical industry to solve them.

We must create a mechanism to increase access to the global Colchicine supply so that no group of FMF patients will be vulnerable to local disruptions in the Colchicine market. But we can do more than that by connecting and collaborating with each other. We can organize patient-initiated demonstration projects to document our experiences with different brands of Colchicine and different approaches to symptom control so that we can all learn what works and what does not work in ways that can improve our lives.

The more who participate, the more we can learn. For those who are potentially interested in participating in such patient-initiated activities, please send a message to [email protected] and we will start to build an FMF patient group. Together we can make a real difference for ourselves and for those to come.

This article was first published in 2012 and is currently republished for its importance.

To learn more about the Colchicine crisis in the U.S. and the complete results of the brand-switching survey go to: