According to Islamic jurisprudence, water, earth, and the sun are purifying elements. Sunlight can cleanse all impurities provided that nothing intervenes between its rays and the object being purified.

This is why the Sunnah suggests that washed clothes be put out to dry in the sun (rather than at night when other influences are at play), and why carpets put out to air in the sun smell refreshed when they are brought back in. When water loses its contact with both the earth (soil) and the sun, it deteriorates. In many countries, it is stored in a clay water container called a zir that actually prolongs its life force.

In seeking better methods of treating illness, scientists often explore what areas that have been known about for a long time. They are currently taking at look at the use of sunlight in therapy.

Sunlight helps set our internal clocks; our skin uses the ultraviolet rays of the sun to help manufacture Vitamin D. Syntonics is a form of therapy that sends light rays at specific frequencies and intervals into the eyes. And light is being used now to bathe the entire body with full spectrum rays. 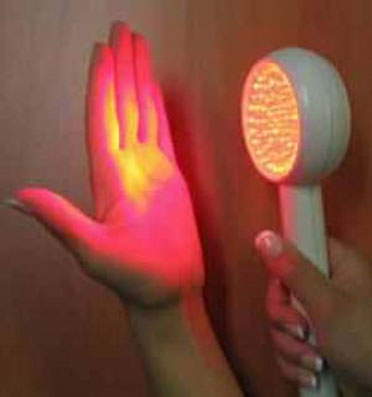 Sunlight rays stimulate the pea-sized organ in the head known as the pineal gland, affecting its secretion of melatonin, a hormone that influences many bodily functions including sleep, ovulation and the secretion of other hormones.

Real healing extends from the biomolecular level to the cellular and then to the anatomical. The biomolecular properties of the body are based in vibration – the vibration of the life-force, which we receive through our mouths, ears, eyes, skin, skeleton, noses, nervous system, blood, the brain and the mind. Our bone structures transmit 69% to 79% of the vibrations that we are exposed to.

Our individual vertebrae with their high concentration of neurological tissue and the activities of the medulla oblongata and the coccyx become sensitive resonators. Light is at the visible range of the electromagnetic waves, and like all waves, it can be absorbed, reflected, refracted, diffracted and manifest interference when we are cut off from Allah’s (SWT) Will, causing disease within our minds and bodies.

Syntonics was first conceived by Dr. Harry Riley Spitler. It has been used clinically in optometry for more than 60 years to treat visual dysfunction that affects one’s general performance, behavior, and academic achievement. It involves prescribing different frequencies (colors of light) to stimulate and balance the autonomic nervous system, and because it has opened the door to the effect of light on brain chemistry and neurological disorders, it has become popularized in the treatment of dermatological disorders.

Consultant dermatologist Dr. Chu (U.K.) uses blue and red light – more successful than creams, antibiotics and diet changes – in the treatment of acne. The blue light kills off bacteria in the skin while the red light helps to heal scars and aids in the recovery of the damaged skin tissue. With an increasing number of people becoming antibiotic resistant, it has a 76% success rate after three months of treatment.

Also, numerous trials in Europe, Japan, and the United States indicate that a bright light is beneficial in treating non-seasonal as well as seasonal depression. Daniel F. Kripke, MD and professor of Psychiatry at the University of California, states that, “The response to light therapy is quite rapid, often within two weeks, which is more rapid than the response to anti-depressant drugs or psychotherapy.” 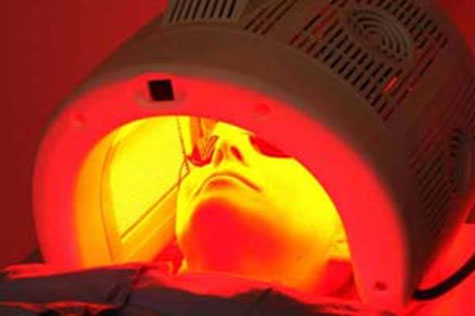 In his one-week study in 1992, he selected 25 patients hospitalized at the Veterans Affairs Medical Center for non-seasonal major depressive disorders and substance abuse. They were randomly assigned to bright white light treatment while 26 patients were randomly assigned to dim red light. Within one week, those subjected to bright white light had reduced depression levels of 18%, whereas those under dim red light didn’t improve at all.

Kripke goes on to say that, “We know that the majority of Americans who are depressed are not asking for or receiving treatments, so there is a very large portion of the depressed population that for philosophical reasons, don’t want to avail themselves to standard treatment, but they might be more willing to use bright light.” The trace amounts of ultra violet rays in natural daylight are required for physical and mental health, civilized behavior, muscle strength, energy, and learning.

Those who follow a sensible diet are less likely to suffer from cataracts than those who have a largely junk food diet rich in unsaturated fats and their oxidized products like so many westerners. According to a U.S. Navy study, contrary to the myth propagated by popular science, malignant melanoma (skin cancer) is mostly found in those who work indoors all the time – not people exposed to extreme sunlight as commonly believed.

The public response is to cover the body with commercial sunscreen blocks that penetrate the skin and seep into the blood, adding even more toxins to our bloodstream and increasing the risk of melanoma by causing mutations when the cells’ chromosomes interact with the chemicals and sunlight.

In response to the limited options that patients with ovarian cancer have, a team led by Dr. Tayyaba Hasan of the Harvard Medical School in Boston, Massachusetts (U.S.) has combined a laser light treatment called photo immunotherapy with chemotherapy, increasing the effectiveness of both treatments and killing more cancer cells.

Photo immunotherapy involves directing laser light at cancer cells that have been sensitized by mono-clonal antibodies (antibodies developed to target specific cells). The standard treatment uses chemotherapy and the drug cisplatin, which many patients do not respond to well. 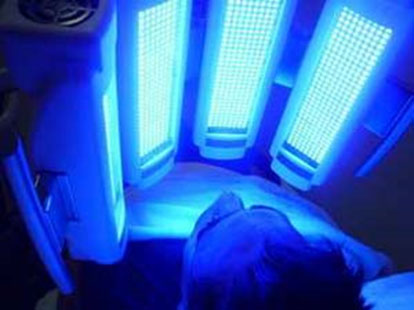 Another trial was conducted combining photo immunotherapy and cisplatin which turned out to be even more deadly to ovarian cancer cells, killing 7 times more than cisplatin could by itself.

Dr. Marcia Canto of John Hopkins University Hospital inserted a thin fiber optic line deep into the throat of Jesus Jimenez. Bright red light was pulsed through the fiber for twelve-and-a-half minutes, destroying cancer cells without pain and without damaging the esophagus.

Photosynthesizers were concentrated on the diseased cells, and then the right wavelength of the light was harnessed to blast the site with a laser non-burning red light that caused the photosynthesizers to produce a toxic oxygen molecule that killed the targeted cells.

Eighty-three year old Winkelmeyer also underwent the treatment and he has been free of cancer in his esophagus for six months now. He said, to an Associated Press reporter, “I had 18 months to live, and look at me now.” Given that his age made him subject to serious heart and lung problems, even though his tumor was caught early, he would not have survived surgery.

The Food and Drugs Administration recently approved blue, red, and white light therapy in the fight against advanced esophageal cancer and early lung cancer. Rosalyn Bruyere of the Healing Light Center in Glendale, California observed human energy fields in patients, and then scientists mathematically analyzed the wave patterns recorded by a Fourier analysis and a sonogram frequency analysis. Dr. Valerie Hunt of UCLA, in her “Study of Structural Neuromuscular Energy Field and Emotional Approaches,” repeated the same experiment and recorded the same result.

Dr. George Crile of Cleveland (U.S.) demonstrated before the National Academy of Science that brain tissue emits visible color radiation, infrared radiation, and wavelengths in and beyond the ultra-violet ray/radiation.

The human energy field is not made up of the physical body alone – what it needs to return to full health is not just physical, not just physiological, and not just spiritual.

“Allah is the light of the heavens and the earth; a likeness of His light is as a niche in which is a lamp; the lamp is in a glass (and) the glass is as it were a brightly shining star, lit from a blessed olive tree, neither eastern or western; the oil whereof almost gives light though the fire touches it not.

Light upon light – Allah guides to His light whom he pleases, and Allah sets forth parables for men, and Allah is cognizant of all things” (Sura An-Nur, ayat 35).

This article was first published in 2001 and is currently republished for its importance.