At the age of nine, Gasnat Shaboodien told her mum she wanted to be a scientist and heal people. Her father, a cab driver, and her seamstress mother supported her ambition. “My mum became a housewife when we were still little. She went back to work to put me through university,” Shaboodien told AboutIslam.net.

Thirty-four years later, her dream of healing has been realized. Dr Shaboodien along with fellow researchers at the Hatter Institute for Cardiovascular Research in Africa (HICRA) at Cape Town University in South Africa have made a world first discovery: identifying a gene mutation that is a major cause of sudden death among young people and athletes.

The team identified the CDH2 gene as common to everyone; but its mutation causes a genetic disorder, replacing heart tissue with fatty tissue.

The new discovery will allow for early detection of the disease in athletes and in families affected by ARVC.

In a press statement, Professor Bongani Mayosi, who initiated the study twenty years ago, said, “This is probably the biggest breakthrough in South African cardiology since Dr. Chris Barnard’s first heart transplant. It’s a first in the world, and will permit the diagnosis and possible targeted treatment of heart muscle disease in the future.” 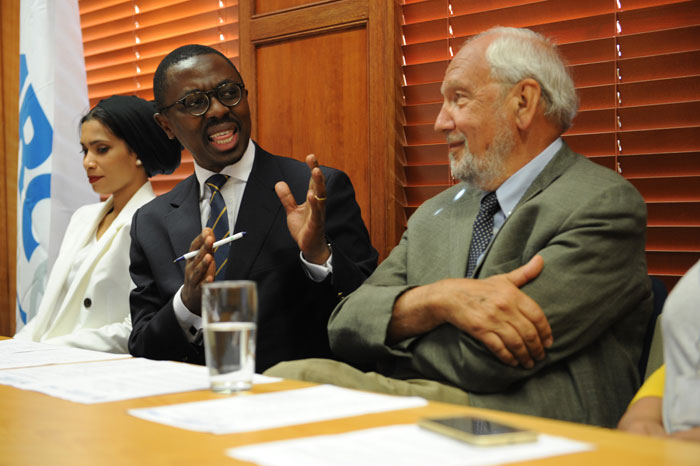 The discovery in itself is exciting, but it’s garnered even more attention due to its all-female team. Shaboodien worked alongside 30-year-old team leader Maryam Fish and their colleague Sarah Krause.

Both Fish and Shaboodien are Muslim, a fact that Shaboodien believes should be made known, due to the bad press Islam and Muslim women receive.

For her, it’s not just about Muslim women being given recognition for their achievements. Publicity of this fact can also be a means of educating others by being model representatives of Islam.

Coincidentally, the study was published on March 9, a day after International Women’s Day. Rightfully so, the women have been praised as inspirational role models and held up as examples of progress.

Shaboodien is supportive of motivating young women. “I believe we should be telling our little girls that they can be anything they want to be. We shouldn’t constrain them with stereotypes. Let them be the astronomers, engineers, mechanics, carpenters or plumbers of tomorrow.”

Nevertheless, true to her humble nature, she doesn’t view professional women as solely deserving of attention. “I’m inspired by all my sisters. They’re all housewives, and they’ve made great sacrifices to be there for their families. My mother is my role model. She’s my rock. You don’t need to be a Muslim scientist, doctor or lawyer to be a role model.” 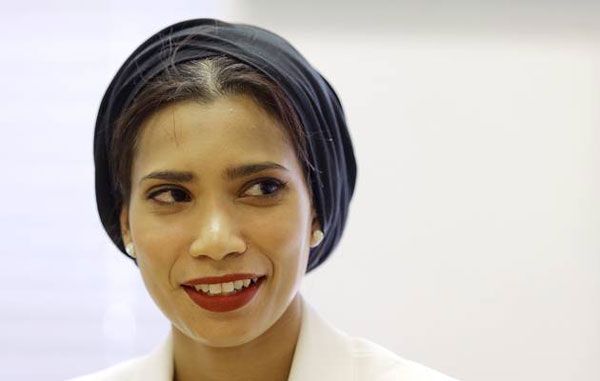 When Shaboodien, now 43, was engaged in her studies, she didn’t know of any well-known contemporary Muslim scientists. “Now,” she says, “I do know quite a number of super-clever young Muslim ladies in the scientific field. They’re more than holding their own.”

Across the world, Muslim women are entering the science field in large numbers. A study by researchers at Washington State University aims to investigate why 50% of female students in Muslim countries pursue engineering, whereas in the US, approximately 15 to 20% of engineering students are women.

A significant cohort is being recognized for their achievements. Since 1998, about twelve Muslim women have been awarded the prestigious L’Oréal-UNESCO Women in Science Laureate Award.

In 2016, Dr. Quarraisha Abdool Karim, a South African epidemiologist, was recognized for her “remarkable contribution to the prevention and treatment of HIV and associated infections, greatly improving the quality of life of women in Africa.”

In 2017, Professor Niveen Khashab of Saudi Arabia’s King Abdullah University of Science and Technology was honored for her contributions to “innovative smart hybrid materials aimed at drug delivery and for developing new techniques to monitor intracellular antioxidant activity.”

Like many Muslims, Shaboodien considers her faith the driving force of her life. While some scientists deny the existence of God, she finds affirmation of her beliefs in science.

“Every day, I spend countless hours examining the body’s genetic code. I’m awed every time. Only our Divine Creator could have written something as perfect,” she says in wonder. “Try and imagine three billion letters that have to be in their proper order so that we can be healthy. Now try and imagine one spelling error leading to disease. That just blows my mind every time. Allahu Akbar; how can you not believe in the existence of our Creator!”

In a time of widespread Islamophobia, it’s not always easy to visibly wear a headscarf. For Shaboodien, the only challenge she faced as a Muslim woman came from her self-actualization.

“When I started wearing hijab I felt very conspicuous. Even those closest to me would ask why, and to my non-Muslim friends it was as if I wasn’t me anymore. Until I learned to embrace the fact that I was a Muslim woman and proud of it, only then did the stares and comments no longer bother me.”

A multitude of research articles and op-eds cite sexism, unequal pay, and lack of promotion as key challenges facing women worldwide in the science field.

Shaboodien is cautious when responding, saying she tries not to limit herself with that kind of thinking. “I haven’t personally experienced that kind of challenge in my work space, or maybe I’ve just refused to notice.”

Her advice is to meet challenges head-on and to rise above them. “You’re only a victim if you allow yourself to be one.”