Commonly known as red stinkwood and marketed as pygeum, it grows to one meter in diameter and 10-24 meters high. It is a highland forest tree.
aaa

The interrelationships of man and nature are one of the miracles of Allah. However, in modern times this delicate interrelationship has been threatened many times by the extinction of various species of plants and animals.

One of the medicinal species threatened with extinction is the ancient medicinal tree Prunus Africana. This slow-growing evergreen, which is found only in Africa, is felled at an unprecedented rate in response to a $220 million annual market in Europe and the U.S. (ICRAF, p.1).

Ironically, it is because of man’s dependence on this medicinal tree that it is threatened with extinction.

Commonly known as red stinkwood and marketed as pygeum, it grows to one meter in diameter and 10-24 meters high. It is a highland forest tree, and grows in the humid and semi-humid highlands and midlands. Liquid extracts from the bark are used to treat benign prostatic hyperplasia (BPH) – enlarged prostate.

This causes an inability to empty the bladder and gives rise to painful urination. Generally, sufferers of BPH and prostate cancer face an arsenal of drug and surgical options with possible side effects (ICRAF, p.2).

Chemical and pharmacological studies reveal that the bark pygeum contains:

Outside knowledge of the benefits of pygeum began in the 1700s when Natal tribes in South Africa related to interested Europeans its effects on pains in the bladder. In South Africa, the leaves are used as an inhalant for fever, and as an infusion to improve appetite. Water is added to pounded bark, and the red liquid is then used (Okoko, p.1 & ICRAF p.3). However, it was French entrepreneur Debat who made the first patent of the bark extract in 1966 (ICRAF, p.3). 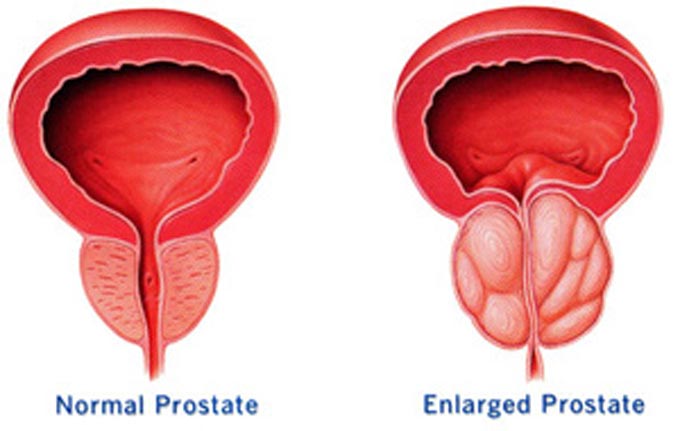 The Internet contains thousands of sites, which advertise pygeum as a prostate disorder remedypr and sell the capsules of bark powder at high prices.

The bark was first collected in small pieces, leaving the tree to regenerate the removed portion. Bark was taken from opposite quarters of the trunk at about 35cm above ground level and as far up as the first branch.

After seven to eight years, the bark regenerates, allowing alternative quarters to be removed. This gave a bark yield of 30-74kg per tree (ICRAF, p.3).

But, increasing demands have caused the previous sustainable method to be ignored (Okoko, p.1). Harvests have risen from 200 tons in 1980 to 3500 tons. There is currently a 2000-ton yield from Cameroon and a 600-ton yield from Madagascar. The Internet contains thousands of sites, which advertise pygeum as a prostate disorder remedy and sell the capsules of bark powder at high prices (ICRAF, p.4).

The Convention on International Trade in Endangered Species has listed Prunus Africana under Category II. This means that controlled trade is allowed, making it incumbent on exporting countries to provide evidence that the product is sustainable and legal (Okoko, p.2).

The International Center for Research in Agro forestry (ICRAF) is currently addressing the problem (Okoko, p.1). In partnership with the Cameroon’s conservation area, Limbe Botanic Garden, efforts have been made by ICRAF to conserve the tree (ICRAF, p.4).

Additionally, ICRAF is helping farmers to grow the tree and earn a living through sustainable harvesting of the bark. It includes a system whereby small farmers can market the produce to natural remedy producers in Europe and the U.S. under a ‘green’ label (Okoko, p2).

The challenge for farmers is that it takes 12-15 years to yield bark that contains the famous active ingredient Allah (swt) blessed it with. The tree competes with farmers’ food crops for light, nutrients and water. Furthermore, the seed-producing flower sets only after 15-20 years and not annually. Even then the seeds’ bio-availability lasts for only a few months (ICRAF, p.5).

ICRAF teamed up with the Scottish Crops Research Institute to implement a technique known as “amplified polymorphic DNA” or “RAPD” to analyze the diversity of the Prunus in Ethiopia, Kenya, Cameroon, Uganda and Madagascar.

This method uses enzymes to cut and identify DNA sequences. Under a contract with the International Plant Genetic Institute, research has been underway to see how to extend the period of seed bio-availability by manipulating factors such as the timing of seed collection, seed moisture content and temperature at storage.

One experiment revealed that seed bio-availability can go up to 90% if harvested when green and stored at 10% Celsius with a 15% moisture content.

Another technique looked at rooting techniques of stems and has also shown increased yields and seed production (ICRAF, p.6). 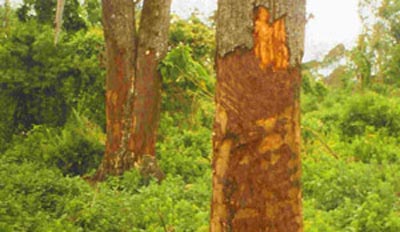 The tree competes with farmers’ food crops for light, nutrients and water.

Trees make up to 65% of all medicinal plants. Millions of small-scale entrepreneurs earn a living from processing and trading these raw materials.

Another ethical question arises from the fact that villagers harvesting the bark earn $0.20 to $0.40 per kg of pygeum, while its value as an extract has a $60 per kg market value (ICRAF, p.7).

Let us pray that all involved in the process from beginning to end can recognize the bounty that has been given by Allah (swt), from which all can earn an honest living producing a remedy that helps save the lives and correct the health conditions of prostate disorder sufferers.

“And the herbs and the trees do adore [Him] And the heaven, He raised it high, and He made the balance, that you may be inordinate in respect of the measure.” (Surat ul Rahman, 55:6-8).

This article was first published in 2001 and is currently republished for its importance.