In the Quran, Jews and Christians, the members of the religions who abide by the Divine Books revealed by God, are called the “People of the Book.”

The People of the Book, while they rely basically on God‘s revelation, have moral precepts and know what is lawful and what is not.

Today all good things have been made lawful for you. And the food of those given the Book is also lawful for you and your food is lawful for them. So are chaste women from among the believers and chaste women of those given the Book before you, once you have given them their dowries in marriage, not in fornication or taking them as lovers. But as for anyone who disbelieves, his actions will come to nothing and in the Hereafter he will be among the losers. (Quran 5: 5)

Throughout Islamic history, the People of the Book have been always treated with compassion in Muslim societies. This was particularly evident in the Ottoman Empire.

It is a well known fact that the Jews, whose rights were denied and were exiled by the Catholic Kingdom of Spain, took refuge in the lands of the Ottoman Empire.

Throughout Ottoman history, Jews were regarded as People of the Book and enjoyed peaceful coexistence with Muslims.

How Should a Muslim Regard Judaism?

Prophet Muhammad treated the People of the Book with the utmost understanding and justice. Thanks to this noble attitude, Abdullah ibn Salam, a prominent rabbi, and his friends converted to Islam and came to believe in his prophethood.

The practices of the Inquisition in European history, which were a consequence of Christian bigotry, or of anti-Semitism that is itself linked to racist views (hatred of Jews) were never observed in the Islamic world.

In the 20th century, however, with some Jews embracing atheistic Zionism, the Middle East became the scene of conflict and unrest between Jews and Muslims.

Zionism appeared in the mid-19th century as an ideology espousing a homeland for landless Jews. But as with many ideologies, Zionism became corrupted over the course of time, and that legitimate demand turned into a radical conception resorting to terror and violence and allied with extremist forces. Atheist Zionism, on the other hand, is a racist, chauvinistic and colonialist ideology.

There are two varieties of Zionism today. The first of these is the Zionist conception of the devout Jewish people, who wish to live in peace and security in Israel alongside Muslims, seeking peace and wishing to worship in the lands of their forefathers and engage in business.

The Zionist belief held by a devout Jew and based on the Torah does not in any way conflict with the Quran. The Jews’ living in that region is indicated in the Quran, in which it is revealed that God has settled the Children of Israel on it:

Remember when Moses said to his people, “My people! Remember Allah’s blessing to you when He appointed prophets among you and appointed kings for you, and gave you what He had not given to anyone else in all the worlds! My people! Enter the Holy Land which Allah has ordained for you. Do not turn back in your tracks and so become transformed into losers. (5: 20-21)

It is the “irreligious, Godless Zionism” that we as Muslims condemn and regard as a threat. These Godless Zionists, who do not defend the existence and oneness of God, but, on the contrary, encourage a Darwinist, materialist perspective and thus engage in irreligious propaganda, are also a threat to devout Jews.

Godless Zionism is today engaged in a struggle against peace, security and moral virtue, and constantly produces strife and turmoil and the shedding of blood.

Monasteries, Churches and Synagogues Must Be Respected

…if Allah had not driven some people back by means of others, monasteries, churches, synagogues and mosques, where Allah‘s name is mentioned much, would have been pulled down and destroyed. Allah will certainly help those who help Him—Allah is All-Strong, Almighty. (22: 40)

As a manifestation of his loyalty to God‘s commands, the Prophet Muhammad was most careful not to destroy the holy places of the People of the Book.

Such destruction means, in the first place, opposing God‘s commands. This aside, it means preventing people who have faith in God worshiping Him. 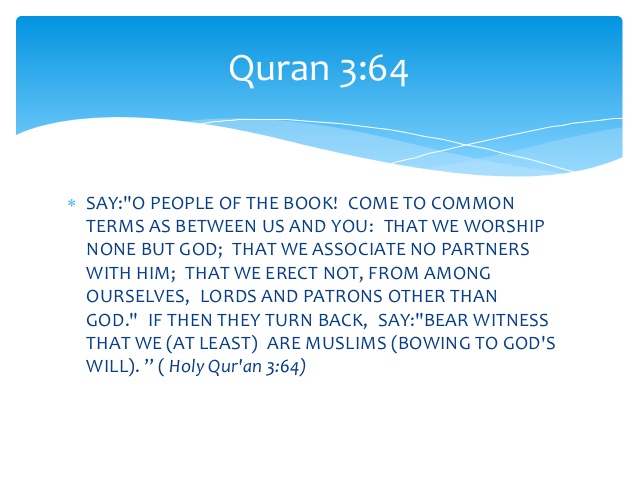 Indeed, the Prophet Muhammad promised the Christians, who were the other party to a peace agreement he made, that their churches would not be destroyed and that they would never be harmed. The tax (Jizyah) agreements he made with Christians also guaranteed the safety of churches.

The first agreement made after the death of the Prophet that guaranteed the protection of the temples was a tax agreement Khalid ibn al-Waleed signed with the leader of the city of Anat.

Ibn Ishaq stated that those agreements made by Khalid ibn al-Waleed were also approved by Abu Bakr and the three caliphs following him. This aside, Abu Bakr offered the same guarantees that had been offered to the people of Najran by the Prophet Muhammad.

The Islamic societies abides by Islamic morality after the death of the Prophet also paid special attention to this issue. Muslim leaders who adhered to the Quran and the Sunnah respected the places of worship of non-Muslims in conquered countries and showed great compassion to the clergy.

Christians who lived under Muslim rule for centuries never rebelled for religious reasons. This, there is no doubt, is the result of the just and loving attitudes of Muslim leaders in compliance with Quranic rules.

Excerpted from the book “Justice & Tolerance in the Quran” by Harun Yahya.