Once I started praying, as I was forming a relationship with Allah by means of daily prayer, my life started to change.
aaa

When I embraced Islam, my biggest challenge was learning to pray.

Of course I had “prayed” before, as a Christian, but in Islam prayer means more–it is a ritual of submission involving body and mind.

I wanted to pray, but like everything else, I didn’t know how to start, and so I spent my first 6 months after my shahadah not practicing at all. After a bad experience at a mosque, I wanted nothing to do with the local Muslim community.

I knew I should learn to pray, probably start wearing a scarf, maybe learn Arabic, and even fast when Ramadan came around. And at times, I really tried. I had a book on how to perform salah, but for some reason whenever I would stand up to try, it all seemed completely incomprehensible.

After trying to sound out the Arabic transliterated in my book, I felt so desperate and overwhelmed that I just put my face on the floor and cried. From the depths of my heart I begged to learn how to pray so I could follow the Quran, and finally establish prayers in my life.

It didn’t happen overnight. But before long I reached out to the mosque again, asking specifically for someone to show me how to pray. Eventually I heard back from a lady who asked me to meet her before the Friday prayers. There, she gave me a quick overview of how to perform a 2-rak’ah prayer.

But after the sermon I followed along in the prayer; and even though I didn’t understand anything else, I had actually, prayed salah for the first time.

After that, things started changing for me, and fast. When I got home, I tried diligently to not miss any prayers, and if I forgot one or overslept then I made it up right away.

And since I couldn’t pray with a group all the time, I made myself a “cheat sheet” with the transliterated Arabic on one side and the English on the other. First, I read the English during prayers, only using the Arabic phrases I already knew. But before long, I had the English memorized. So I started reading the Arabic, until I had that memorized too. 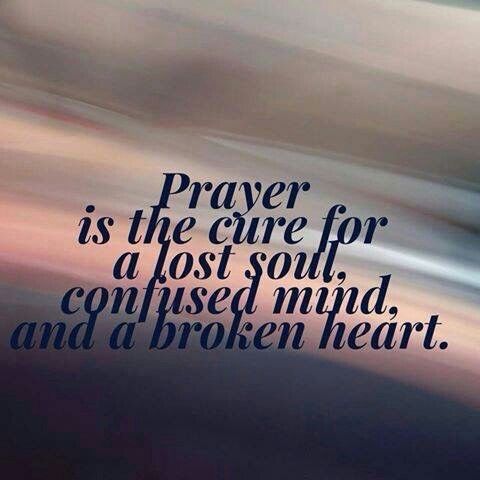 In just a couple of weeks I was reading the entire prayer from memory in Arabic (albeit heavily accented) and I knew what each part meant.

How Praying Changed My Schedule

The first change I noticed was in my daily schedule–I had to get up earlier, in time to pray the morning (fajr) prayer. That meant I also had to get to bed earlier. I had to find places to pray at school, and at work, and I even arranged my course schedule so I could attend Friday prayers.

When Ramadan came, I was diligent about finding time to study so I could still attend night prayers. While the time-blocking could have made me more stressed out, it actually made me more productive. That shouldn’t be surprising, given this hadith: The Prophet (peace be upon him) said:

How Praying Changed My Wardrobe

The next big change for me was to start wearing hijab. I didn’t start immediately–at first I would only put it on to pray. But I also needed to be sure my clothes covered the rest of me.

Soon I started wearing the scarf to the mosque, putting it on while riding the bus, for instance.

Eventually I would leave it on for longer periods of time afterwards, occasionally during class or while out shopping. After a few weeks of wearing it sometimes, I started wearing it full-time.

The most drastic aspect of this change, however, was that before starting to pray, I had absolutely no desire whatsoever to wear hijab. And within a month or two it had become not just convenient but also comfortable.

How Praying Gave Me Community

A third major change when I started praying was becoming part of the Muslim community. By wearing a scarf, I met other Muslims on campus. By attending Friday prayers, I started to meet other Muslims at the mosque. I started attending educational programs, and when my parents kicked me out, through the mosque I found a Muslim roommate.

The five daily prayers are a kind of glue that holds the Muslim community together–at first it just gave me a reason to socialize with other Muslims, though eventually they became some of my closest friends.

How Praying Taught Me Quran

One more major change I noticed after praying was that I wanted to learn more Quran.

Reading the same surah time after time began to feel less satisfying, knowing there are over 600 more pages to be memorize and recite.

Prayer gave me my first motivation to learn to read Arabic, and to start memorizing Quran–plus daily opportunities to review what I had already memorized. That eventually led me to study Arabic more deeply when the opportunities arose.

Alhamdulillah, reading the Quran in Arabic, with comprehension, and memorizing it, are now all part of my daily routine. And daily prayers are still a motivation to keep learning, to improve my prayers.

Unfortunately I was distressed when I began my journey as a Muslim, but once daily prayer became part of my routine, my life changed for the better.

Establishing prayer and making it part of your daily routine, can change your life too, Insha’Allah.