This article is from Reading Islam’s archive and was originally published at an earlier date.

For Muslims, there is no greater image of what it is to be Muslim than a man or woman with his or her forehead touching the ground in prayer.

A Muslim is one who bows down in submission to Allah, so this image of a Muslim at prayer is the strongest image we can have of what it really means to be Muslim.

So why, for Muslims, is prayer so important?

What is it about prayer that makes Muslims different from other people?

The fact is that prayer makes a difference. In submitting to Allah in prayer, a Muslim is admitting that there is nothing he can do without Allah’s help and that all things in this life come from Allah.

Prophet Muhammad (peace be upon him) is even reported to have said that what differentiates a Muslim from a non-Muslim is Salah (the prayers that a Muslim is required to perform five times a day).

There are even some Muslims who believe that when a Muslim stops praying the five daily prayers he has ceased to be a Muslim. All agree that when such a thing happens the Muslim is committing a very serious sin.

So let us look first at what Allah requires from Muslims.

Voluntary prayers can include, for example, the additional prayers, before or after the obligatory Salah, which were offered regularly by Prophet Muhammad (peace be upon him).

Other voluntary prayers can include praying during the night, just as Prophet Muhammad did. In fact, the Prophet prayed for such a long time during the night that his ankles used to swell from remaining in the prayer position for so long.

What a difference from most of us!

Often we are so quick to “say our prayers” that we barely notice what we have done. In our desire to fulfill the obligation of praying at certain times during the day we sometimes forget the importance and the blessing to our own lives of what we are doing. 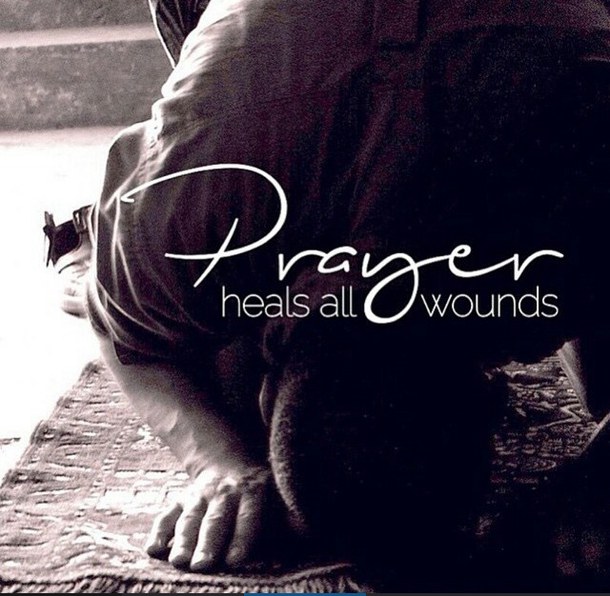 For that is surely what prayer is: a blessing in our lives.

In fact, needing us in any way would imply a lack, and Allah is infinite in all His perfections. He lacks nothing. So requiring Muslims to pray five times a day must have another meaning. There must be something about the obligation to pray that actually benefits us and makes us better. Why else would Allah require it from us?

The answer is partly in when we are asked to pray. Some new to Islam often ask if it is possible, because of their busy lives, to save up the prayers they should say during the day and say them all in one go at night. Asking this question, though, implies that there is something special about the number five.

The truth is that it is not the number of prayers which is the important thing (although we must say that number because it is what Allah has decreed), but the times at which we have been required to perform them.

Muslims pray five times a day. They pray first of all (Fajr) at the very start of the day, when it is still dark. They pray next (Dhuhr) at noon when the sun is at its height in the heavens.

They pray again (Asr) in the afternoon, in the middle of their work. They pray (Maghrib) when the sun goes down and they pray (Isha) at night. Outside of these times they are sleeping.

So, in other words, the cycle of prayer that Allah has given to Muslims covers the whole of their day. By praying at these times during the day, Muslims are constantly reminded of Allah. By praying these prayers at these specific times their entire day is made holy, lived in Allah’s presence.

Of course, just like everything else, if they become mere routine, the prayers will not have the profound effect on our lives they are intended to have. That is why preparation for the Salah is so important.

Instead of rushing from the busy-ness of our lives to the moments of prayer, Muslims take time to calm down and focus their minds on what they are doing.

There are moments when all of us have rushed from watching football on the TV to say prayers that are due at a certain time, but most often when we pray in this way there is not much prayerful thought in our heads!

Muslims often ask why they are distracted and thinking about other things during the prayer time. It is often because they have not prepared for prayer. Prayer finds us out.

What is most important in our lives will find its way into our thoughts during prayer. If all we think about during the day is football, then football is sure to be what we think about when we pray.

The purpose of the prayer is to turn our minds and our hearts towards Allah, not just during the prayer itself but during the whole of our day. If we prepare properly for the prayer, for example by performing the ablution (Wudu) properly, we will be in a better state of mind to put ourselves in the presence of Allah.

“More things are wrought by prayer than this world dreams of.”

He was right. Prayer makes a difference, not only to us but to our world. By taking the time to prepare properly for our prayers, then taking the time during prayer to concentrate on what we are doing, will help us to find the peace that Islam promises us.

Insha’Allah, if taken seriously and performed properly, our prayers will become as necessary to us as the air that we breathe.