Estimating the effect of Liverpool’s Muslim superstar Mohamed Salah on Islamophobic attitudes and behaviors,  a study cited by Daily Sabah has revealed the player’s great impact with a noticeable decrease in anti-Muslim hate in the British city.

The study was conducted by the Immigration Policy Lab at Stanford University (IPL).

“The survey experiment suggests that these results may be driven by increased familiarity with Islam,” says the study.

“Our findings indicate that positive exposure to outgroup role models can reveal new information that humanises the outgroup writ large.”

The Stanford University research added that anti-Muslim tweets by Liverpool fans fell by 50% compared to other major Premier League clubs.

The study noted that Salah’s friendly character in the team had helped “humanize” the Muslim community.

These figures stand in stark contrast to the national trend where anti-Muslim hate crime has been on the rise, occasionally at an alarming rate.

In the week following the white supremacist attack on worshippers at two New Zealand mosques in March, for example, a 593 per cent increase in anti-Muslim hate crime was reported.

After each goal Salah scores, the Egyptian striker drops down into sujood, the Islamic act of prostrating to God, which now became his trademark move.

He even inspired a positive chant in the country, where football fans are famous for their often racist and xenophobic chants. 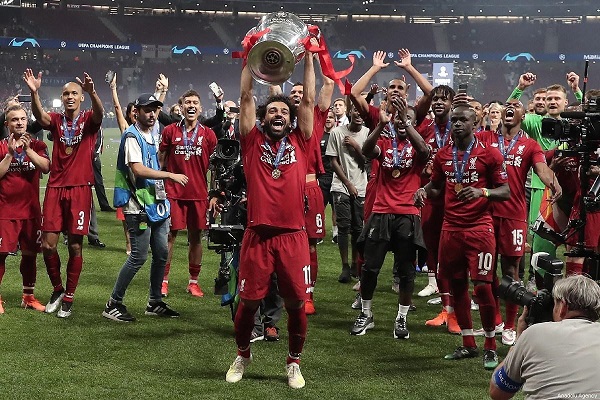 Salah is arguably one of the biggest Muslim sports stars in the world at present.

Hailing from a Muslim-majority country, Salah is a devout Muslim who often prostrates to God on the field after scoring goals – a trend in sports that Egyptian players have started since 2006 during the African Cup of Nations in Egypt- hence nicknamed the ‘Prostrating Pharaohs’.

Salah’s record-breaking exploits for Liverpool have earned him millions of adoring fans.

Salah scored 44 goals in 52 appearances in all competitions last season while helping Liverpool surge through the Champions League knockout stages while securing a fourth-place EPL finish.

A recent report by Football Against Racism in Europe (Fare) found that the success of Liverpool Muslim star Mohamed Salah has significantly decreased hate and race crimes in the English Premier League.