This article is from the Science page’s archive; it was firstly published in an earlier date.

Far more than just copying cells for the purpose of duplicating human beings, cloning technologies are leading to exciting medical applications. Continuing the discussion of Part 1, this article explores therapeutic cloning advances in the Muslim World.

In 1998, scientists for the first time ever isolated human embryonic stem cells. In January 2003, facilitating further Islamic examination, the Dublin-based European Council for Fatwa and Research (ECFR) filled in the knowledge gap left open at the 1997 Casablanca and Jeddah conferences regarding therapeutic cloning, due to lack of technological advances prior to 1998.

The 2003 ECFR fatwa on cloning adopted in full the resolutions of Casablanca. Furthermore, it declared therapeutic cloning of embryonic stem cells is permissible, provided no fetus over 40 days old is damaged or destroyed.

If successful, the cell divides and multiplies over 5-6 days, producing an embryo. These embryonic cells are “pluripotent,” forming the foundations for all human cells.

Conceivably, everything from cell tissues to whole organs could be bred in this way, perfectly matching the donor’s DNA.

The goal is to transplant the new tissues, or new organ, into the donor with no fear of rejection from the immune system.

But sanctity of life is perhaps the bigger question raised when cloning produces a live human embryo. Although highly contentious to non-Muslims, the majority of Islamic scholars agree with the 2003 ECFR fatwa limiting embryonic experimentation, and thus fetus lifespan, to less than 40 days.

Moment of Ensoulment in Qur’an

{Then We placed him as (a drop of) sperm in a place of rest firmly fixed; Then We made the sperm into a clot of congealed blood; then of that clot We made a (foetus) lump; then We made out of that lump bones and clothed the bones with flesh; then We developed out of it another creature: so blessed be Allah, the Best to create!} [Surat Al Muminun 23:12-14].

Informed by Islamic interpretations of these verses, “ensoulment” occurs, not at conception, but at the arrival of flesh upon bones.

In Islam, therefore, an embryo has a legal status only after ensoulment. Thus embryonic experimentation for human benefit is permitted prior to ensoulment, established by fatwa as beyond 40 days of life.

The human body contains 220 different types of cells with limited potential for self-renewal. Lost, damaged, or diseased cells may be repaired and/or regenerated by therapies produced from cloned stem cells.

As reported lately by Samia Khoury and Ali Bazarbachi of the American University of Beirut (AUB) in NatureAsia, “There are a few medical fields as fast-moving and expansive as cell therapy and regenerative medicine in the Middle East. If progress continues at its current pace, the Middle East and North Africa could become one of the world’s centers for biomedical research.”

Khoury is Director of AUB’s Multiple Sclerosis Center, and Bazarbachi is Director of the Bone Marrow Transplantation program, and a professor hematological and oncological medicine.

In the past decade, HSCT clinical work and research programs have significantly increased in Egypt, Morocco, Algeria, Tunisia, Saudi Arabia, Lebanon and Syria.

Grafting tissue produced from specific stem cells is common treatment for many bone, skin, and corneal diseases or injuries. Congenital, degenerative, and autoimmune diseases are being evaluated for stem cell treatments, as well.

Khoury and Bazarbachi state that in the Arabophone World, 32 clinical trials were registered in September 2013. Funding is steadily increasing, and research facilities are on the rise. 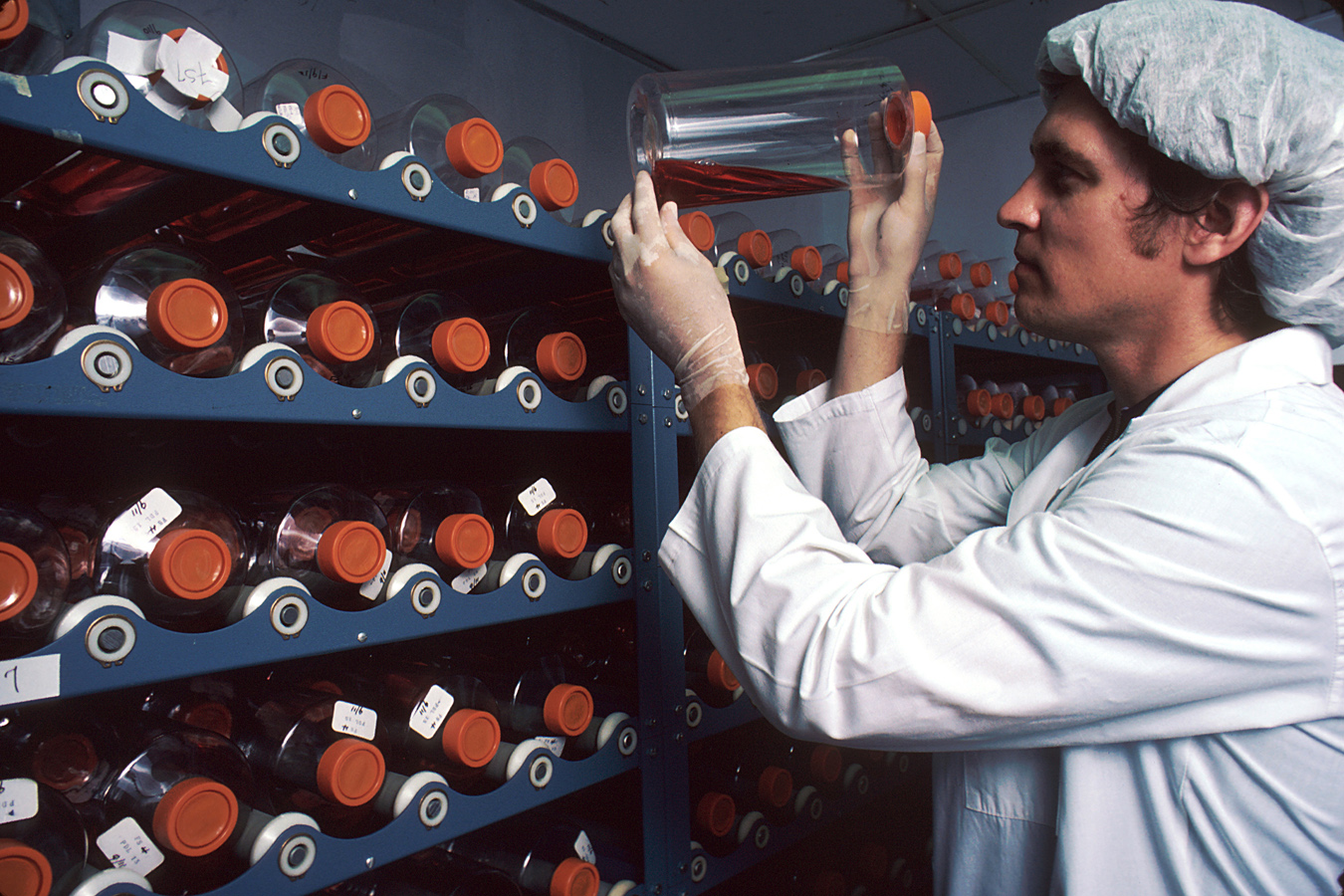 Monoclonal antibodies can be grown in unlimited quantities in bottles.

In Kazakhstan, clinical trials are underway studying the use of CardioCell’s cell-based therapy for treating acute myocardial infarction (AMI).

Partnering with the Ministry of Health in Kazakhstan, California-based CardioCell LLC is beginning a Phase III AMI clinical trial on the intravenous administration of CardioCell’s Ischemia-Tolerant Mesenchymal Stem Cells (itMSCs), as a regenerative therapy for recent heart attack patients.

Malaysia also holds a leading position in the field of cell-based therapy. Biotechnology Corporation (BiotechCorp), an agency under the Ministry of Science, Technology and Innovation (MOSTI), is the lead development agency in Malaysia’s bio-based industry.

Kamal continued, “CTPL has been active in Malaysia for many years, has helped establish cGMP-compliant cell manufacturing facilities at UKM Medical Centre PPUKM, and provided input to the development of the recently published draft guidelines for regulation of cellular therapies. By establishing a cellular therapy manufacturing hub in Malaysia, CTPL will help bring innovative new therapies to Malaysian patients, build the country’s knowledge workforce and create a new export industry.”

Founded in 1999, TEC was recognized by the Malaysian Ministry of Education as a Center for Research Excellence in 2008.

The authors, a majority of whom were affiliated with TUMS, noted that TUMS University, with the largest network of more than 90 research centers, “accounts for more than one-third of science production in Iran.”

Royan Institute, a public non-profit organization, was approved in 1998 by the Ministry of Health as a cell-based research center, and in 2009 its cell therapy center was founded.

In Turkey, the Human Gene Therapy Unit was established in 2003 at Akdeniz University Faculty of Medicine in Antalya Province.

Restructured in 2010, the gene therapy unit added cell-based therapies and transitioned into the Center for Gene and Cell Therapy of Akdeniz.

Other therapies being studied include autoimmune diseases like rheumatoid arthritis, and cancers such as lung, prostate, and breast. 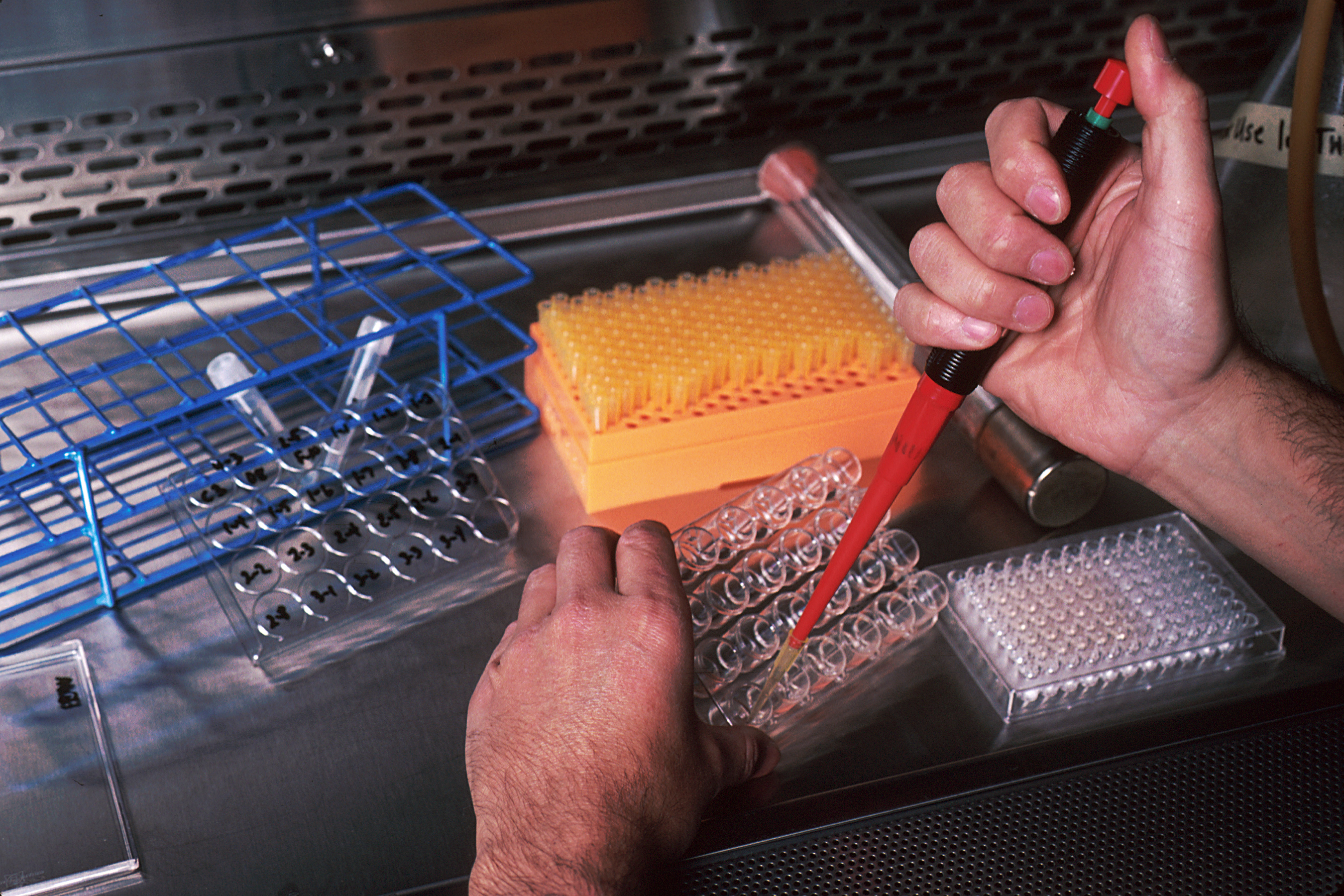 A Monoclonal antibody is an antibody produced by a single clone of cells or cell line and consisting of identical antibody molecules.

In 2014, the Russian company Mikrogen partnered with Bashkortostan’s Health Ministry and began examining the use of recombinant monoclonal antibody therapy in hopes of eradicating Ebola virus.

Not requiring an embryo, monoclonal antibodies involves cloning immunoglobulin gene segments of a virus or yeast.

Monoclonal antibodies detect and/or attack only the specific substance for which they are developed.

For example, monoclonal antibody therapy for cancer requires cloning a specific antibody that targets a specific cancer cell, inducing an immunological response against it.

Treatments are under development to both induce an immune response, and possibly deliver a toxin, radioisotope, or other similar substance to hasten eradication of disease.

Once at the forefront of medical science in our golden age of Islamic History, the Muslim World is again today well-positioned for the coming revolution in medical treatments resulting from therapeutic cloning. Guided by Islam and the Qur’an, the Muslim World faces significant, promising opportunities.

Insha’Allah, we will eradicate human genetic abnormalities, cure debilitating diseases, and improve the health and lives of humans and animals in ways previously unimaginable.

With the mercy of Allah, Muslims may once again fill the frontlines in the jihad against human pain and suffering. Ya Rabb il’alameen, ameen!