Most of the symmetry patterns all over around us can be described, simulated, and promoted by geometric aspects.
aaa

Have you ever seen a Honeycomb?

Have you ever wondered how bees cleverly build these hexagonal wax cells as stories for their honey?

I’m talking here about symmetries in nature, the faces of beauty in our universe.

Most of the symmetry patterns all over around us can be described, simulated, and promoted by geometric aspects, even the romanesco broccoli which you may have passed by in the grocery store, at the time we usually think about it as just a food, indeed it’s one of the many instances of fractal symmetry in nature.

In geometry, a fractal is a complex pattern where each part has the same geometric pattern as the whole.

Actually, sometimes the most simple symmetry forums in nature can possess true geometric patterns which add mathematically beautiful dimensions to our lives.

What Does Symmetry Mean? 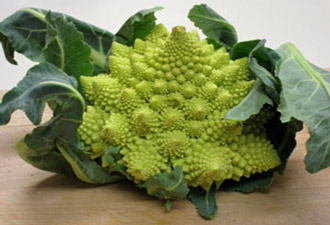 The first idea that comes to our minds when symmetry is mentioned is the things which have equal or balanced sides or parts (symmetrical parts). An example of this in daily life is car wheels –just imagine if these things were deformed.

Yet in nature, the rich place of symmetries, there are the webs made by the orb web spiders. These spider webs nearly have perfect circular shapes with almost equidistant radial supports coming out of the middle and a spiral woven to catch prey.

So far, scientists aren’t entirely sure why orb spiders are so geometry-inclined since tests have shown that orbed webs don’t ensnare food any better than irregularly shaped webs.

We as Muslims believe that Almighty Allah has created these fascinating and sophisticated creatures and shapes to enable people to know, love, and believe in Him.

Personally, I think it’s so hard to see all that perfectness and beauty almost everywhere we look and just don’t ask who is able to create all this, who guides these tiny creatures to be engineers, who endow them by varieties, knowledge, and certainly wisdom.

How did the genes inside the bodies of bees know that the hexagonal shape is the perfect shape to store the largest possible amount of honey while using the least amount of wax, while other shapes, like circles for instance, would leave a gap between the cells. Also simply humans can only reproduce hexagonal figures with a ruler and compass.

Even when we leave our planet, we find that symmetry and mathematical patterns extend in our Milky Way Galaxy, which has a special spiral shape with its two major arms: the Perseus and the Scutum-Centaurus.

As more and more data have been recently collected for the edges of our galaxy, astronomers now admit that the Milky Way Galaxy is a near-perfect mirror image of itself. 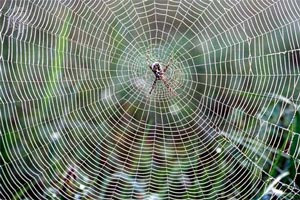 In Mathematics, symmetry means the invariance of a system under specific actions like rotations and reflections.

Around 1915, symmetry principles came strongly into effect in physicswhen the German mathematician Emmy Noether proved a theorem called after her as “Noether’s Theorem”.

This theorem can be accounted as one of the most important principles in modern physics since it has tremendous consequences in field theory, pure mathematics, and particle mechanics.

I think for that reason science is marvelous, where the whole universe could be understood and speculated by simple equations and thoughts. Is that another miracle of Almighty Creator to give humans the essential abilities to approach and analyze? 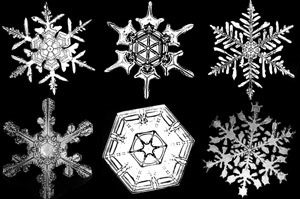 Let’s talk a little bit about Noether’s Theorem. It can be applied whether on a flying bouncy ball or on an electron in an atom.

If we take an electron system as an example, we start by asking what are the types of symmetries which the “environment” of an electron may examine?

But what does the Time invariance or the Translational invariance mean? 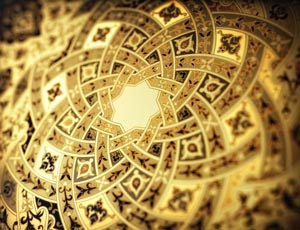 This principle has mathematical formulas to be driven out. But just think about it; visibly if a system is independent of time or translations, it keeps all its properties, namely its energy (which is related to time), and momentum (which related to coordinates), because it’s not an interacting particle.

Somehow that’s like studying the “rock in the air” problem; when you try to make use of the energy conservation of the rock along its pass, so that you can figure out the maximum height at which the rock can reach.

What about symmetry and geometry? Have you ever got the chance to notice the interesting forms of snowflakes. There, you can find thousands and thousands of unique geometric symmetry patterns for each of those tiny snow particles.

Have you ever stood up amazed by the charming Islamic ornaments and calligraphies that Muslims so brilliantly kept at mosques and buildings?

Indeed, it’s all about following symmetry principles and geometric attitudes which are the secrets behind such amazing beautifulness we see. So, Glory and Praise be to Allah.