Fasting | Replace "unhealthy" cooking oils, like canola, corn and other vegetable oils with healthy oils such as coconut oil and butter.
aaa

“In America, one person in three dies of cancer, one in three suffers from allergies, one in ten will have ulcers and one in five is mentally ill. One out of five pregnancies ends in miscarriage and a quarter of a million infants are born with a birth defect each year. Americans spend one dollar out of every fourteen for medical services. We have almost forgotten that our natural state is one of balance, wholeness and vitality.” Fallon, 2001.

Autism, autoimmune disorders, adult onset diabetes in children, Alzheimer’s and chronic fatigue syndrome are all new diseases in our vernacular.

Never before have we been plagued with so many non-communicable diseases.

This rise in degenerative diseases, especially the rise of Autism has lead Dr. Mary Meagson to assert that we have altered the human genome.

These changes greatly have to do with the foods we eat and don’t eat. The work of Weston A. Price greatly highlights this connection.

Harvard medical school professor, Dr. John Abramson in his book Overdosed America, stated that the rates of cancer and heart disease were both reduced with simple lifestyle changes, like diet, rather than by medical intervention. 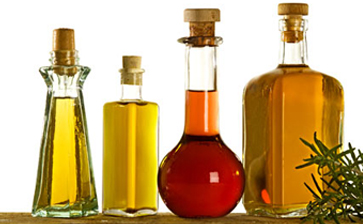 Yet, most people look for a pill to solve their ills instead of looking at their food choices. It is easier to pop a pill than to change your diet.

Most of the food choices people make are the types of diet mistakes that are causing our epidemic of lifestyle diseases. They are diet fads that change more according to the commercial food industry than due to science.

Recall when we were all advised to consume margarine instead of butter and it turned out that we were all better off consuming butter because margarine can cause heart disease, diabetes and cancer?

Saturated fat is not bad for us; it is the man-made hydrogenated oils that are causing the rise in degenerative disease.

Most of the studies that conclude that saturated fats are bad used hydrogenated oils and not butter, lard or coconut oil.

One animal study that did attempt to discredit the use of coconut oil had one group of rats consume coconut oil while the control group did not (they followed a low fat diet).

The researchers went a step farther and injected the rats with high levels of cholesterol, as if that would happen in nature, and at the end of the study the control group was still fatter.

Both Dr. Abramson and the former New England Journal of Medicine editor Dr. Marcia Angel assert that “much of the scientific data today is manipulated.” The Framingham Study that is most often cited as a reason for lowered cholesterol and fat actually showed that the higher the intake of cholesterol, the healthier the person was.

The intake of calories is not the issue in weight loss or gain, the issue is that people are consuming too many calories that aren’t nutritious and not consuming enough of the right kinds of calories.

Caloric restriction is not the “gold standard” of any healthful program. It is the food choices that we make that will determine our health or degeneration. It is more important to eat an abundance of healthy calories than it is to be a human calculator. This Ramadan begin your path back to health by making a few simple changes to your diet to attain the principles of healthy eating as determined by various researchers, doctors and nutritionists. Apply these to your favorite Ramadan dishes:

1. Replace “unhealthy” cooking oils, like canola, corn and other vegetable oils with healthy oils such as coconut oil and butter.  Here I am talking about cooking oils, you cannot heat olive oil. Not only do these oils cause inflammation, they also cause oxidation, all clinical markers for autoimmune disorders, type 2 diabetes and cancer.

2. Replace unhealthy cooking methods with healthy methods. Overcooking meat and vegetables make them very difficult to digest because all of the enzymes are “cooked” out. Most of the nutrients are cooked out as well.

3. White is out, brown is in. Avoid white rice, sugar and flour. Replace white rice and pasta with brown rice and brown rice pasta. White pasta and rice are also inflammatory and it is important to reduce them in conditions like autoimmune disorders, which are the fourth largest cause of death after cancer, heart disease and strokes.

White rice is also a substance high on the glycolic index and should be avoided by people suffering from hypoglycemia, syndrome X and both types of diabetes.

4. Add in sea salt, sea weeds and astragalus to cooking water to make them extra nutritious. I have included them in many of these recipes.

5. Cut out soda, black tea and coffee, they are all diuretics.

Ramadan is not about eating, contrary to popular practices, and serves to remind us what it feels like to be hungry and it gives the body a break from continually digesting food.

Don’t spend all your time in the kitchen. If I am not pregnant, I don’t even cook meat the entire month; I wait until Eid. Say bismillah, do dhikr/tasbih or dua as you prepare your food and fortify your food with the blessings of Allah.