Ramadan is the month of multiple blessings. It is the time of fasting and of extensive spiritual exercise. It is the time when we change our everyday routine and set a new one: revolving around our religious duties more than around the worldly affairs.

During Ramadan, Muslims make special effort to find time for recitation and study of the Holy Quran, for supererogatory prayers, such as Taraweeh, and other charitable deeds.

The rewards in the Hereafter (akhira) for the good deeds done in Ramadan are manifold, but there are also more immediate benefits of Ramadan worship.

It is widely known that people who fast enjoy spiritual and psychological well-being and that fasting is of great advantage to physical health. But it is not only fasting that profits our mind and spirit during Ramadan.

Taraweeh, the extra night prayers performed by the believers usually after Isha (evening prayers) and lasting from eight to twenty rakahs, bring great spiritual and psychological comforts, despite the physical and mental effort required to practice them.

Ibrahim B. Syed, doctor of medicine and the president of the Islamic Research Foundation International, in his essay ‘The Medical Benefits of Taraweeh Prayers’ published on the IRFI website, mentions the multiple benefits of tarawih for physical, emotional  and mental health.

According to Syed, taraweeh prayer, as indeed any prayer performed by Muslims, has the same effects on body and mind as gentle exercise.

Therefore tarawih improves mood, thought and behaviour in the same way as the exercise does.

Furthermore, the exercise of taraweeh “induces greater sense of well-being and energy, reduces anxiety and depression, influences mood favorably and contributes to self-esteem and an aura of confidence; improves memory in the elderly especially with constant repetition of the Ayaat”.

The relaxed state of mind achieved through tarawih may be partly due to the chemical response of brain to the combination of repeated muscular activity with repetition of recited words over a certain period of time.

The physical exercise, but also other activities such as meditation and prayer, leads to the secretion of neurotransmitters such as Endorphins and Encephalin positively affecting the brain.

The release of encephalin and Beta-endorphins (Endogenous Morphines) acts on the central and peripheral nervous systems to reduce pain and has a calming effect on the mind. The encephalin is one of the most potent opiate-like substance naturally occurring in body.

The endorphins too have an analgesic effect, but also reduce the negative effects of stress, bring feelings of euphoria and enhance the immune system. 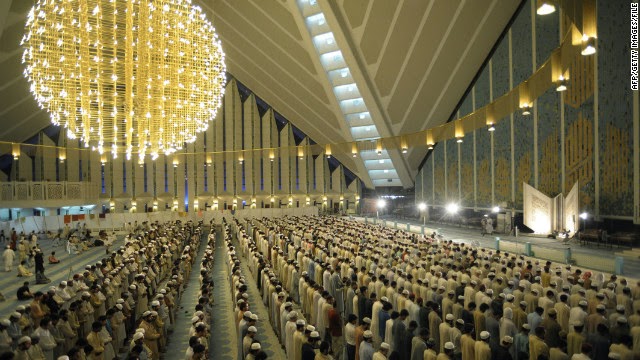 Syed mentions in his essay that taraweeh helps achieve ‘relaxation response’ of the brain.

Relaxation response is theory developed by a Harvard professor, Dr. Herbert Benson, who studied the impact of spirituality for physical health and whose work serves as a bridge between religion and medicine and mind and body.

According to Benson, continuous repetition of certain words, as in prayer or meditation, or a muscular activity coupled with passive disregard of intensive thoughts, leads to the lowering of blood pressure and reduction in heart and respiratory rates.

In words of Benson “the relaxation response is a physical state of deep rest that changes the physical and emotional responses to stress”. Relaxation response puts the mind at ease, reduces effects of stress and induces the attitude of acceptance.

And while Benson never actually examined the effects of tarawih or any other Islamic prayer, focusing rather on the transcendental meditation of Yogis, his theory seems to be well applicable in explanation of the soothing effects of taraweeh and zekr on Muslims.

According to the study “Effect of Taraweeh Prayers on Mental Health and Self Control” conducted by Quadri Syed Javeed, Head & Associate Professor in Psychology at M.S.S. Art’s Commerce & Science College, in Jalna, India, published in the February 2013 issue of Golden Research Thoughts, the tarawih prayer significantly improves mental health and self-control.

In his study Javeed examined the mental health of fifty respondents aged 18-30 before and after the prayer using Mental Health Inventory and Multi Assessment Personality Series Inventory, and the results upheld his hypothesis of the positive effects of taraweeh on mental and spiritual well-being.

Yet another explanation of the beneficial effects of taraweeh on mental health may be found in the results of the studies conducted by a University of Missouri neuropsychologist Brick Johnstone and by the Professor and Director of Research Myrna Brind Center of Integrative Medicine Andrew Newberg.

The studies on the brain activity of Francescan nuns and Buddhist meditators during their prayer and found that during spiritual experiences the activity of right parietal lobe of the brain is significantly decreased.

Right parietal lobe is a small region near the back of the brain that constantly calculates a person’s spatial orientation, the sense of where one’s body ends and the world begins, in other words, it is a part of the brain responsible for the sense of self.

During intense prayer or meditation, and for yet unknown reasons, the right parietal lobe becomes a quiet oasis of inactivity. “It creates a blurring of the self-other relationship,” said Professor Newberg, “If they go far enough, they have a complete dissolving of the self, a sense of union, a sense of infinite spacelessness.”

Decreased activity of right parietal lobe induces the sense of selflessness, and the experience of selflessness, in the opinion of Johnstone positively affects the psychological health especially among people with strong faith in God.

“Our research focused on the personal experience of spiritual transcendence and does not in any way minimise the importance of religion or personal beliefs, nor does it suggest that spiritual experience are related only to neuropsychological activity in the brain,” Johnstone said. “It is important to note that individuals experience their God or higher power in many different ways, but that all people from all religions and beliefs appear to experience these connections in a similar way.” 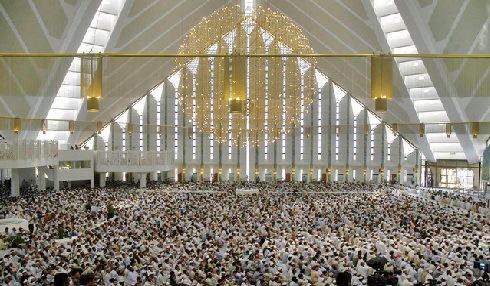 The functioning of the brain during spiritual exercise is yet a field in which very little research has been done. The results of the studies of Johnstone and Newberg, the relaxation response theory of Benson and the neurotransmitters explanation of Syed, only partially answer the question of how prayer in general, and tarawih prayer in particular, benefits the mental health and the spiritual well-being.

Yet even though the ‘how’ is still largely unknown, the positive effects of tarawih during Ramadan and of everyday salat in the lives of Muslims are obvious even without scientific data to prove it.

After all Allah tells us in the Qur’an: “Indeed whosoever purifies himself shall achieve success, and remembers the name of his Lord and prays” (Surat Al-A`la: 87:15-16), and “O ye who believe! Seek help with patient perseverance and prayer; for Allah is with those who patiently persevere.” (Surat Al-Baqarah: 2:153).

Ibrahim B. Syed, The Medical Benefits of Tarawih Prayers.

What is the nature of reality and how do we understand it? Dr. Andrew Newberg.