Silhouette of muslim man praying to god at night
aaa

The sleep-wake cycle of the pineal gland becomes disrupted as we increasingly eat, socialize and sleep not questioning the psychological and physical effects of our pre-occupations.

In trying to keep up with the schedules of the day,  it becomes increasingly difficult to switch off the problems of the outside world we take home affecting domestic commitments.

“Surely in the daytime you have prolonged occupation” (Surat ul Muzzammil 73:7). This implies that there is counter-balance in the night to daily preoccupations. What could be achieved in the evenings could sustain and nourish us into the day.

However, we use artificial light to extend those pre-occupations. Once the daylight ends, the pineal gland goes into increased production of melatonin. By extending light artificially to levels of and above 500lux, we impede its production.

A darkened room with a 100watt bulb provides 100lux if we are five feet away. This doesn’t compromise the release of melatonin.

Factors in our working lives can affect melatonin production. Electric utility workers based at a generation station were found to have reduced melatonin levels being exposed to electro-magnetic fields.

Their colleagues in the administrative section working below 60hz of alternating current working in low light offices in the daytime also had reduced nighttime melatonin levels (Penton p.1). 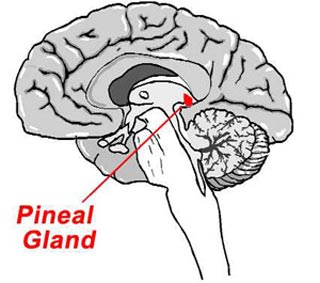 When the sun sets, the pineal gland shifts gear and produces its primary hormone melatonin in larger quantities until it peaks from 2 – 3.00a.m in the morning (Majidali p.7)

The question of the purpose of sleep continues to haunt scientists. In vibrational medicine, one hour of sleep balances each chakra, with a minimum of three hours in total for really healthy people.

For the really healthy, three hours is all that is needed by the higher chakras, which in turn balances the four lower ones (Gurudas p.60). So what do we do with the rest of the night?

“Rise for prayer in the night, except a little, Half of it or less. Or add to it – and recite the Qur’an in slow, measured, rhythmic tones” (Surat Al-Muzzammil 73:2-4).

Fadhlalla Haeri informs us that these verses tell us to take what we need for rest and if we rise from rest there is balance in it. “Surely rising in the night is stronger in impact, and straighter in speech (Surat Al-Muzzammil 73:6).

He continues saying that ‘Nashiatul-layl’ is the maximum darkness during which one’s sleep is sound, the energies are low, and the field of reflection is clear and empty. This part of the night has the best results (Haeri p.12-14).

The part of our body that functions in this capacity is the pineal gland. In the Indian tradition, it is the Seat of Consciousness, the seventh energy point, the Crown Chakra. The pituitary and the pineal gland work in unison through relaxation and meditation which Rasulullah (saw) practiced much before The Revelation.

Flashes of intuition occur with increased practice, raising consciousness from an emotional nature to awareness. Haeri continues, “when we go into sajdah our individual profiles are obliterated when performed meditatively. We are in Tawhid (unity) echoing the cosmic expansion” (Haeri p.38).

In Indian tradition the seventh chakra spiritualizes the intellect and is associated with the personal ability to integrate with Allah (swt). Then spiritual fulfillment is able to resolve negative emotions.

When the sun sets, the pineal gland shifts gear and produces its primary hormone melatonin in larger quantities until it peaks from 2 – 3.00a.m in the morning (Majidali p.7). It is a derivative of the amino acid trytophan, and rises and falls daily within our blood according to the circadian cycle (Ultranet p.1).

This cycle sets the biological clocks, turns on the immune system and inhibits tumor promoters like estrogen (Penton p.1) Jet-lag is a disturbance in this cycle (Sleep p.7).

The center of navigation in birds and other animals, the light sensitive pineal gland produces the hormones: melatonin, epithalamin, serotonin, vasotonin and melanin. Epithalamin is related to our learning capacity and slows aging; serotonin has a strong influence on sleep, pain and well being and vasotonin is related to rapid deep sleep (Gates p.1). 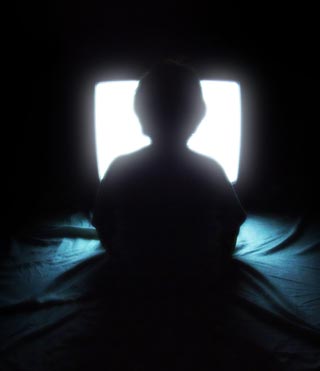 The 1995 National Sleep Foundation polls revealed that half of American adults have sleeping problems at one time or another.

Habits like drinking alcohol too late, exercising before bedtime, sleeping at different times, concentrating on work before trying to sleep and shift work are contributory factors (NSF p.4).

Studies indicate that even the most modest exposure to extended light stresses our bodies, accelerates aging and debilitates the immune and nervous systems.

Caffeine in coffee, black tea and certain types of sodas reduce melatonin jeopardizing its natural antioxidants, which are vital to cell protection during waking hours. Yet it must be said it is the quality not the quantity of sleep that restores and rejuvenates the body.

In children, melatonin levels are 120 picograms dropping to 60 picograms at ages 20 – 30.  Seen as a ‘youth drug’ store bought melatonin has reportedly caused fatigue, depression and arterial constriction (NSF p.2, 3). In England and Canada, it is considered a drug and only obtainable by prescription.  The FDA has yet to remove it from US health stores.

Modest food restrictions increase the number of melatonin receptors in the body, so short-term fasting is seen as a plus increasing day-time plasma melatonin levels to night-time levels (Majidali p.2, 7, 12).

One can also increase one’s melatonin levels naturally from foods like oats which contains 1,796 picograms, sweet corn at 1,366 picograms, rice at 1,006 picograms, ginger at 583 picograms and barley at 378 picograms (Gates p. 1, 2).

In vibrational medicine when the chakras are aligned and balanced there is a greater appetite for food in its natural state and greater sensitivity to the chemical environment that man has created for himself (Gurudas p.170).

However, Shaykh Fadhlalla Haeri reminds us, “All it takes is purification and awareness of our intentions, and then our intentions unify with our actions, then we are in tawhid (unity) with Allah (swt) and ikhlas (sincerity).”