Although caffeine and coffee have become somewhat interchangeable words, caffeine does not just mean coffee. Caffeine is found in many other sources like black tea, colas, chocolate and energy drinks. There are various reasons to kick the caffeine habit, but it is important to first understand why you have a fondness for caffeine.

Is This an Addiction?

Many people’s like for caffeine goes beyond fondness and is a true addiction. Caffeine is an addictive substance like nicotine, alcohol, opiates and yes, sugar. It may seem difficult to view foods as addictive, but food can and does alter and affect our brain. Caffeine does this by acting on the central nervous system.

Some people may consume caffeine, as in coffee, daily not due to addiction, but as a laxative. Constipation is a common complaint it the Western World and some people have discovered that coffee is a strong laxative. This, however, will not fix the larger issue of constipation and its causes.

In today’s world, the adrenal glands are worked very hard due to excessively stressful lifestyles. The adrenal glands can become fatigued and can even become atrophied (shrunken) due to over use. Caffeine can be used as a whip to keep the adrenals going -for a while at least.

When sugar is added in, it makes it an even more effective whip. However, the adrenal glands will continue to suffer and cause a host of disorders from allergies to hypothyroidism, so it is better to address the issue than to continue to self-medicate.

Caffeine is also known to be a natural pain killer and is used in many pharmaceuticals to kill pain. Aches and pains are common today, but are not normal. They are the body’s signal that something is not functioning well. If you are experiencing pain, particularly of an unknown origin, check with your health care provider to discover its source instead of masking the symptoms with caffeine.

What is a Safe Intake of Caffeine?

Caffeine is a naturally occurring component in food and is not considered harmful in moderate doses. However, amongst researchers there remains a debate as to the safety of caffeine consumption.

Other people, due to a problem with a slow detoxification system, may be very sensitive to caffeine. These people will hold caffeine in their system longer than other people, effectively retaking the caffeine over and over again instead of excreting it at a normal pace. 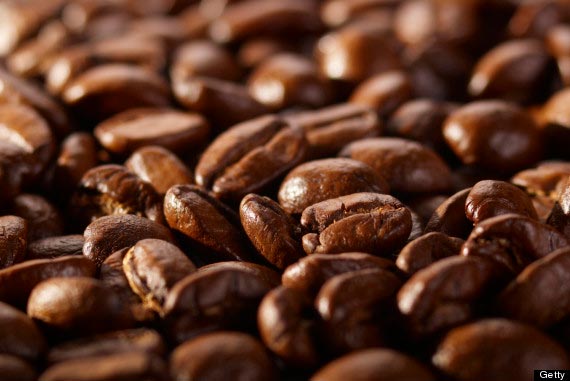 When someone considers quitting caffeine, the “scary” part is the withdrawal symptoms. This is why it is not recommended to quit “cold turkey” (all of a sudden). The amount of caffeine that is consumed each day, as a rule, will determine the “intensity” of symptoms.

The amount of caffeine someone is used to consuming will typically coincide with the intensity of the withdrawal symptoms. Another factor to take into consideration is how addicted someone is to the effects of caffeine.

This will independently affect the intensity of withdrawal symptoms, regardless of caffeine intake. In order to allow the body time to adjust to this change it is a good idea to quit gradually by reducing your intake. Symptoms can occur 12 to 24 hours after quitting caffeine and can last from two to nine days.

Symptoms most commonly associated with caffeine withdrawal are:

There are two ways to reduce your intake of caffeine:

How to Reduce Symptoms

There are many supportive actions you can take to help insure a smooth transition to a caffeine free life. These steps include:

A diet rich in fruits and vegetables

Rest is a key component to any change or healing program. Rest allows your body to adjust. The needed amount of sleep can vary from 5-8 hours a night, but also allow yourself to take a nap during the day. As a rule, if you are tired, sleep or rest.

Caffeine, especially in coffee, cola and teas dehydrates the body. Withdrawal symptoms can be increased due to dehydration. Gradually increase your water intake by one 8 oz glass a day during the first week, two the second week, three the third week. You want to at least reach eight, 8 oz glasses of water a day, but you may require more.

Many people who use caffeine like the adrenaline rush it gives them. Relaxation is not typically on their agenda, but everyone needs time to replenish themselves. Moderate and I stress the word moderate exercise can provide the same pick-me-up and it can also be relaxing.

Some people find it easier to quit caffeine when they have acupuncture done. It may help reduce or eliminate symptoms by working on the nervous system and by regulating blood flow.

Calming herbs like lavender, chamomile, lemon balm and catnip (it drives cats wild, but is calming to humans) can help with withdrawal jitters. Anything stronger than that and you should consult with a trained herbalist.

A cup of ginseng tea can provide an energy boost and can be used as a caffeine free drink to assist in decreasing the amount of coffee, tea or cola you consume.

Even with the best diet, it may be difficult to replenish stores of nutrients after prolonged deficiencies, so you may want to consider taking supplements. Important supplements include the B-complex vitamins, vitamin C, magnesium, vitamin A and antioxidants.

There are many approaches; the most important thing is to find a system that works for you.