As Ramadan draws near, many will have looked at the start and end times of the fasts this year, calculating how many hours they will be fasting each day. This year, Ramadan will likely start on Saturday, May 27.

The holy month will fall within the hottest and longest part of the year for countries in the Northern Hemisphere, with the longest day, June 21, happening near the end of Ramadan. Fasting hours will range from 22 in Iceland to just 11.5 in the southern-most parts of Argentina.

Whilst the climate may be somewhat cooler in countries that fall further from the equator, the fasting hours are longer, and even though the days may be somewhat shorter in the southern regions of the northern hemisphere, the temperature is at its peak, reaching highs of up to 31⁰c in Pakistan, however, in the southern hemisphere Ramadan presently falls in the winter months and therefore the days are relatively shorter and cooler so, the challenges faced by people in different parts of the world can be quite different.

However, as we know, each year Ramadan will continue to fall 10-11 days earlier with each year that passes and therefore, these times will change dramatically from country to country in the coming years presenting a change in the challenges faced by those residing in each country.

In the most northern regions of the northern hemisphere, due to the earths current axis, the sun will never appear to rise or set. Residents in these areas are therefore permitted to either fast according to Mecca times, or according to the nearest area where there is a clear sunrise and sunset. 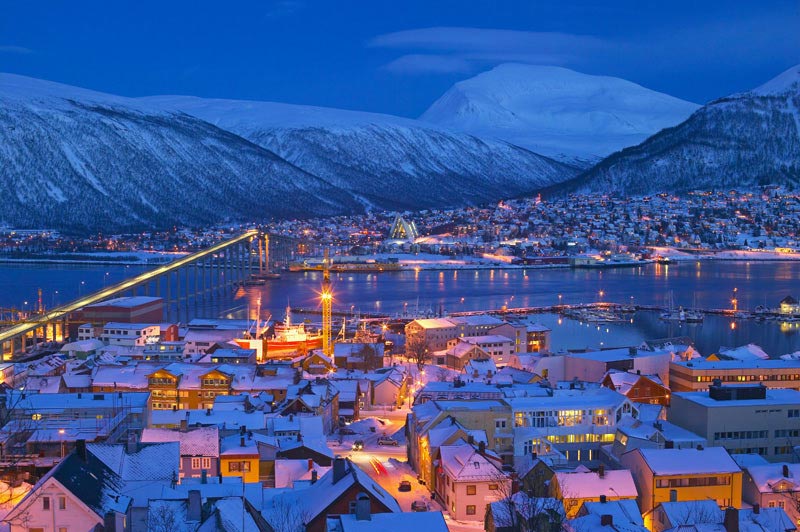 In the Northern hemisphere, at a latitude of 64.13, natives of Iceland will begin their fast on the 1st of Ramadan at 2:16am and break their fast at 11:16pm, fasting a total of 21 hours. By the last day of Ramadan Icelanders will have increased their fast to 22 hours, fasting from 2:03am until 12:04am. The days may be long, but at least the mercy for those in this country are temperatures far cooler than many others at an average of 9⁰c throughout June when the majority of this year’s Ramadan fasting will take place.

At a latitude of 51.51, the population of the UK will begin their fast at 2:29am, breaking at 9:03pm, fasting a total of 18.5 hours. The close of Ramadan will see natives observing fast from 2:28am to 9:23pm with a slightly longer fasting time of a little less than 19 hours being observed. An average temperature through June of 16⁰c is relatively cool temperature to be at when observing fast, although still amongst the hottest temperatures experienced by those normally used to the cooler climate of the UK.

Across the Atlantic, still in the Northern hemisphere, at a similar latitude of 43.66 and average June temperatures on par with that of the UK at 16⁰c, inhabitants of Toronto will see the first of Ramadan fasting from 3:59am and breaking at 8:48pm, with little change in timings by the end of Ramadan when fasting times begin slightly earlier at 3:47am and end slightly later at 9:04pm with overall daily fasting times remaining reasonably consistent at about 17 hours per day.

Remaining on the other side of the Atlantic, but at a lesser latitude of 40.85, but slightly elevated average June temperatures of 22⁰c, those residing in New York will begin their fast at 3:54am, finishing at 8:17pm, ending Ramadan with starting fast at 3:45am and breaking at 8:32pm. This equates to an average of about 16.5 hours fasting each day during Ramadan. 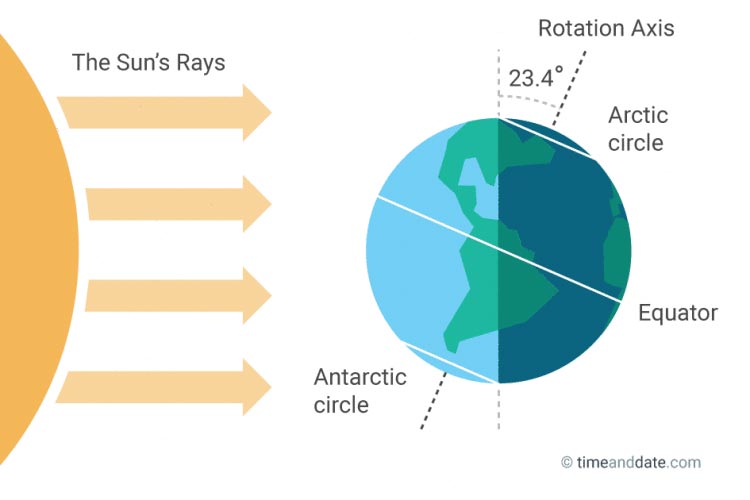 Remaining in the Northern hemisphere, across in Asia at a latitude of 41.03, people of Turkey will fast the 1st of Ramadan from 3:36am until 8:27pm, and end fasting for a similar period from 3:26am to 8:41pm, averaging about 17 hours per day. Climates are somewhat warmer here with average June temperatures reaching 22⁰c.

Heading over to the far side of Asia at a latitude of 39.93, people of Beijing will begin their Ramadan fasts at 2:55am, breaking at 7:33pm, with little change in fasting times by the end of Ramadan, fasting from 2:44am until 7:47pm. With daily fasting hours on par with those of other Asian countries on a similar latitude, the average June temperature is more elevated at 24⁰c.

As we move to countries with lower latitudes, people in Iran at a latitude of 35.71, will start their fasts at 4:07am and break at 8:12pm, ending Ramadan fasting for a slightly longer amount of time, beginning at 4:01am and ending at 8:25pm with a total fasting time of a little less than 16.5 hours. Average June temperatures in this part of the world as we approach closer to the equator will reach an average of 27⁰c.

Continuing our Journey to lower latitudes of 30.08, inhabitants of Cairo will begin their fast at 3:13am and end at 6:49pm, with only slightly increased fasting times by the end of Ramadan where the daily fasting schedule will fall between 3:09am and 7.00pm. whilst the average daily fast is slightly less at about 16 hours daily, average June temperatures will reach 27 ⁰c.

Heading south to Karachi (Pakistan) at a latitude of 24.92, residents will fast in average June temperatures of 31⁰c from 4:17am until 7:15pm at the start of Ramadan, and for 12 minutes longer at the end of Ramadan from 4:15am until 7:25pm, averaging about 15 hours of fasting a day.

A little further south at a latitude of 23.72 in Dhaka (Bangladesh), residents will begin Ramadan fasting in similar average June temperatures of about 30⁰c, from 3:37am until 6:40pm, ending Ramadan fasting for 18 minutes longer from 3:46am until 6:49pm at an average of about 15 hours a day.

Continuing the journey further south to the holy city of Mecca (Saudi Arabia) at a latitude of 20.66, fasting will last a little more than 14 hours each day, beginning the 1st day of Ramadan at 4:09am, ending at 6:50pm, with fasting times remaining much the same by the close of Ramadan where fasting will last from 4:09am until 6:59pm. Whilst the fasting hours are considerably less than the likes of those further north in the hemisphere, average June temperatures are hotter at 35⁰c. 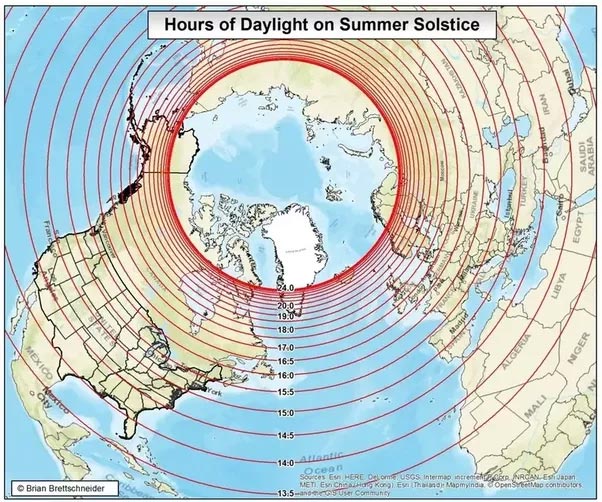 Getting ever closer to the equator at a latitude of 9.08, the 1st day of Ramadan will see people of this city fasting from 4:47am to 6:46am to 4:49am to 6:52pm on the last day of Ramadan, making the average daily fast a length of approximately 14 hours at an average temperature of 27⁰c.

At a latitude of 3.13, almost lying on the equator itself, residents will fast from 5:39am breaking fast at 7:19pm on the 1st of Ramadan and fasting from 5:42am until 7:25pm on the last day of Ramadan, totally a daily average of 13.5 hours of fasting at average temperatures of 29⁰c.

Heading below the equator now a latitude of -6.17 to average temperatures of about 29⁰c, fasting will be observed from 4:34am to 5:44pm to 4:39am to 5:49pm on the last day of Ramadan with an average of 13 hours fasted each day. 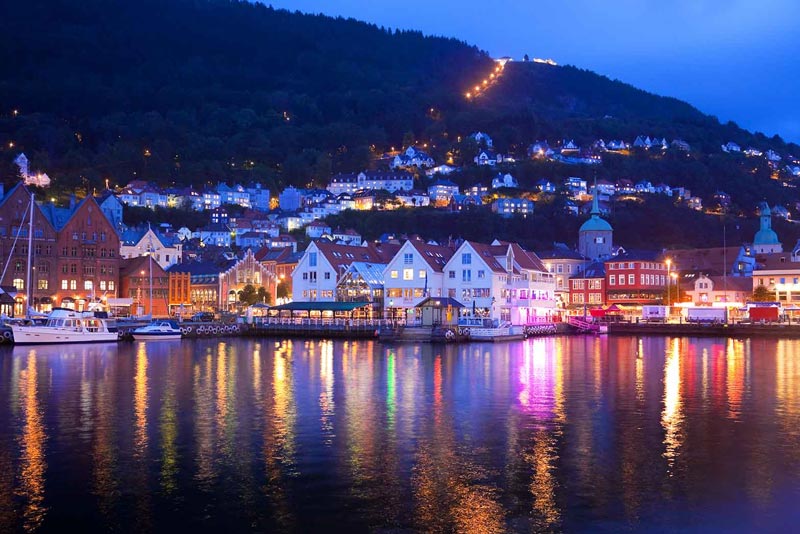 Continuing to head south in the southern hemisphere at a latitude of -10, Brazilians will fast for a little less than 13 hours a day beginning their fast at 4:35am and end at 5:26pm, increasing to only 4 minutes longer by the end of Ramadan where fasts will last from 4:41am until 5:29pm at average temperatures of 22⁰c.

Further south in Chile at a latitude of -30, the first fast will last from 6:05am, and will be broken at 5:54pm, with little change by the close of Ramadan when fasting will start 10 minutes later at 6:15am and end at 5:53pm, therefore averaging a fasting day of a little less than 12 hours per day at temperatures of 9⁰c.

At one of the furthest locations south in the Southern hemisphere at a latitude of -33.87 and average June temperatures of 14⁰c, residents will fast from 5:21am until 4:56, and 11 minutes longest by the end of Ramadan from 5:32am to 4:55pm, averaging the lowest of fasting hours this Ramadan at 11.5 hours; half that of their Icelandic counterparts.

So, as we can see the variety in both fasting times and temperature varies greatly depending on the location of each country in relation to its latitude in the warmer, summer months of the northern hemisphere, or the colder, winter months of the southern hemisphere at the time of year that Ramadan falls at this year.