One of the key characteristics of the Islamic faith is living according to evidence sought from the Qur’an and Sunnah. However, that isn’t our only source of evidence.
aaa

One of the key characteristics of the Islamic faith is living according to evidence sought from the Qur’an and Sunnah. However, that isn’t our only source of evidence.

In almost every aspect of our lives, we seek evidence from the experts in their various fields regarding our day-to-day lives. Allah has enshrined this principle in the Qur’an when He said, “Ask the people of knowledge if you do not know” (Surat An-Nahl 16:43).

Muslims don’t gravitate, however, towards any of the pseudoscience that we see in the world today.

For example, we may respect homeopathy as a field of healing that has been around for a long time and that may have some benefits, but we should look at it objectively.

A German man called Samuel Hahnemann founded homeopathy. He believed that ‘like cures like’—in other words, an illness is cured by that which causes it. [1] 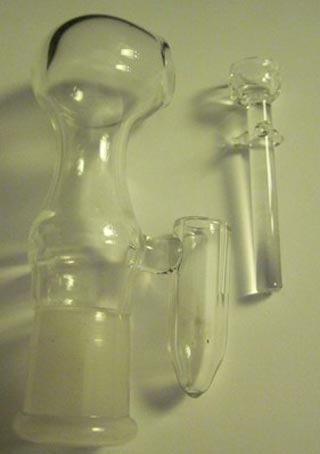 The National Health and Medical Research Council (NHMRC) based in Australia examined 225 research papers on homeopathy. Their final conclusion was that homeopathy isn’t of any benefit at all.

Some people believe that putting oil in the belly button can be of great benefit for healing various illnesses, for example. This is done in Ayurveda medicine, a traditional form of medicine practiced in India.

The American Cancer Society says that, while some herbs used in Ayurveda may be of some benefit, quality evidence is still lacking and therefore they shouldn’t be used. Other researchers see it as a pseudoscience: something that claims to be scientific but actually isn’t.

Arteries can narrow, leading to a reduction of blood flow to certain parts of the body with various consequences. But veins can’t actually ‘dry up’.

Also, oils rubbed into the skin can’t effectively make their way to our blood. Allah has created the skin in such a way that we have an internal environment that stays strictly separate from the outside.

As a result, beyond making the outer skin layer smoother; applying oils to the belly button doesn’t make much of a difference to the internal environment at all.

Biologist Lorraine Dallmeir says that hardly any of the oils that are used will ever get through the skin to our blood.

Aromatherapy also involves the use of oils to treat various conditions. It also has been discredited as pseudoscience due to a lack of supporting evidence.

Some myths claim that the belly button has some great medical miracle attached to it. The umbilicus, the medical term given to the belly button, is actually a very important part of a baby’s development in the womb.

Robert K. Minkes, medical director of pediatric surgical services at Golisano Children’s Hospital of Southwest Florida writes, “A stark contrast is observed between the physiologic importance of the umbilicus during development and its importance after birth. During development, the umbilicus functions as a channel that allows blood flow between the placenta and fetus. It also serves an important role in the development of the intestine and the urinary system. After birth, once the umbilical cord falls off, no evidence of these connections should be present.”

It is true that the umbilicus is a fetus’s lifeline in the womb, providing food and removing waste products. Nonetheless, once the baby is born and the umbilical cord is cut, it gets cut off from the mother. Any medical textbook reveals that the belly button isn’t of much use after birth (other than being used as a pathway for surgery). This has been established science for generations.