A red bag of grain droops from his sheathed head as light sweat beads gently run down the ageing face of Hamisi bin Omar, a porter in Kenya’s Swahili port city of Mombasa.

“The work is hard. It is really hard,” Hamisi tells AboutIslam. “I have been working like this for almost half of my entire life.”

The sturdy physique of this bubbly father of three has endured several decades of challenging hard jobs. Regardless of the difficulties, his work has helped him pay his family’s bills, albeit in drips and drabs.

Born in 1963, Hamisi is strong both in brain and brawn; his endurance of this tough work is itself a powerful indication of the kind of person this family man is.

But Hamisi is also a staunch Muslim who performs his Islamic duties with commitment and allegiance even as he deals daily with a hard job that consumes both his time and energy.

The holy fasting month of Ramadan is an especially difficult time for many porters like Hamisi who have no option but to break their back for livelihood and sustenance.

During Ramadan, Hamisi, like many others, tolerates his demanding occupation and abstains from eating in order to observe this important fundamental tenet of Islam.

Back home he feeds four other mouths: that of his wife, two sons and a daughter.

This leaves no chance for him to abscond his job.

“I have to fast, this is a must for me as a Muslim. It is about staying true to my religion,” he explains.

His rigorous twelve hours of fasting involve lifting, packaging and storing a huge amount of irregular consignment in a commodity warehouse located in downtown Mombasa.

While Hamisi leaves nothing to chance in observing Ramadan, his workmate admits to occasionally breaking his fast when the work becomes too difficult. It is a do or die affair for most porters.

Weakness, dehydration as a result of sweating, and headaches are common daily symptoms Hamisi must endure during the fast. And fasting becomes more difficult as the day progresses.

Hamisi carries at least 500 sacks a day, each weighing around 50 kilograms. This consumes a significant amount of energy leaving him weak throughout his fasting day.

Even so, Hamisi has never missed a single day of fasting, even during the past couple of memorably long and difficult Ramadans. 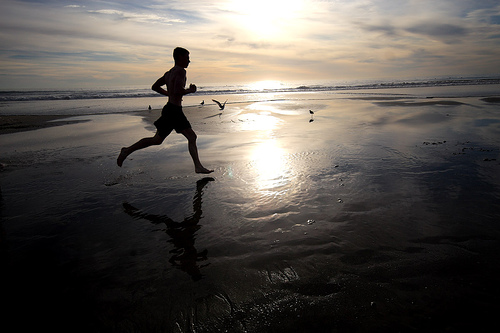 But what is the science behind the endurance of fasting porters like Hamisi and those belonging to other professions that demand an intensive output of energy throughout a working day?

Medical doctors say the human body is endowed with a natural mechanism that enables the body to survive starvation and thirst, especially during long hours of fasting.

Mombasa-based physician Dr. Asif Hussein Gulam says one mechanism that helps a fasting person endure hunger for longer hours is the secretion of the hormone glucagon.

“Glucagon is a hormone that helps mobilize body energy during fasting periods and other times when the body is lacking food for some reasons,” says Gulam.

“It does this by maintaining glucose supply back into the bloodstream long after you eat.”

Due to lack of intake of food by the fasting person, blood glucose levels fall and glucagon is secreted from the alpha cells of the pancreas.

This protein hormone causes the liver to release stored glucose from its cells into the bloodstream and then the fasting person remains energized by this natural process.

According to the United Nations’ Food and Agriculture Organization (FAO), the average person’s minimum calorie requirement per day is approximately 1,800 kilocalories.

Dr. Gulam advises fasting Muslims like Hamisi who are doing difficult physical labor to properly rearrange their meals with their daily Ramadan schedules, and to eat a balanced diet during Ramadan’s non-fasting hours.

“Twelve hours of fasting surely won’t kill you. But when you are doing this kind of job, the body needs quite of a lot of energy and that is why it’s necessary to have a balanced diet.”

Having a physiologically and psychologically healthy body during the harshest days of Ramadan can allow you to achieve unexpected tasks.

Prophet Muhammad (peace be upon him) and his companions were fasting in Ramadan during the two victorious battles of Badr and Al-Fath.

In October 1973 during Ramadan, the Egyptian Armed Forces were also successful in defeating the Israeli army while the Egyptian soldiers were fasting.

Experts say the idea isn’t to eat extra food because that won’t help.

Just take a balanced diet and the body mechanism of regulating energy will take its cause and action.