In April 2016, the first baby with genetic material coming from three different people—a mother, a father, and a female donor—was born in Mexico, following a procedure called the mitochondrial replacement technique.

Soon afterwards, in December 2016, the UK became the first country to legalize the procedure [1], with Sally Chesire, the chairwoman of the country’s Human Fertilisation and Embryology Authority calling it “a decision of historic importance.”

The procedure was introduced to prevent the transmission of mitochondrial diseases from mother to child.

Mitochondria are cell organelles that are important for energy production. These organelles are passed on from mother to child. [2]

A mutation can happen in one of the 37 genes of the mitochondria. These genes are distinct from most of the DNA that is housed in the cell’s nucleus. [3] 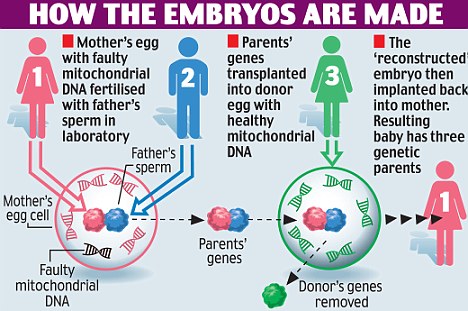 While the mother may only be a carrier of the mutation, her offspring can be seriously affected. Mitochondrial diseases may lead to a fatal condition in which there is insufficient energy for the heart to continue beating.

For those who survive, severe syndromes may occur such as muscle weakness, blindness, deafness, learning disabilities, diabetes, and heart and liver failure.

One in 4,300 children suffers from these severe symptoms. There is currently no cure or effective treatment for most mitochondrial diseases. [4]

Mitochondrial replacement technique (MRT), otherwise known as the ‘three-parent baby’ technique was introduced to prevent the transmission of mitochondrial diseases from mother to child.

A small portion of the child’s DNA thus comes from the donor. Everything else that defines the physical and personality traits of the child is still derived from the parents. [5]

That’s why the pioneering embryologist Jacques Cohen finds the ‘three-parent’ term to be erroneous, since the mitochondrial donor hardly constitutes as a parent. [6] 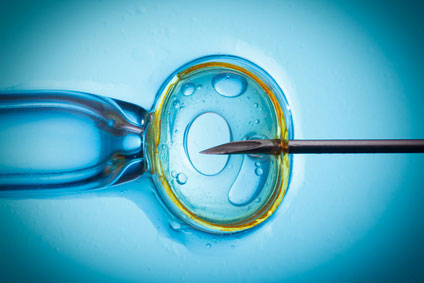 Interestingly, the first ever clinical trial was done by a Muslim family. The parents of the baby born in Mexico were Jordanian Muslims. They refused to follow the MRT method approved in the UK, called pronuclear transfer, as this method would have involved destroying one of the embryos. Because of their religious concerns, their physician successfully tried an alternative route, called spindle nuclear transfer, in which no fertilized eggs were killed.

Yet, a crucial question should be raised: Is it permissible in Islam to have a baby whose DNA partially originates from a person other than its parents?

A mufti from Egypt’s Dar Al-Ifta says that a permissible procedure in Islam should respect the following conditions: the sperm should come from the father, the egg from the mother and the resulting embryo should grow inside the uterus of the mother.

While these conditions are respected during in vitro fertilization (IVF), he says, they aren’t in MRT. The latter brings DNA, no matter how small, from a third person. This process mixes lineages, he says, and it isn’t permitted in Islam.

Sheikh Al-Sayed Abdel-Bary, a PhD holder in the fundamentals of Islam, has a similar view. He reiterated the importance that a child’s DNA is solely derived from the parents, otherwise there is a mixing of lineage.

Although having a baby is a blessing that couples aspire to, pleasing Allah is the greatest of all blessings.

Some scientists are concerned about potential mismatches between the donor’s mitochondrial DNA and the mother’s DNA, which may lead to conditions such as diabetes or Parkinson’s disease. [7]

That’s one reason why accepting qadar, or fate, is part of our faith. Certainly, the technological advancements and scientific findings are impressive and tempting.

Yet, there are always things that we don’t know or that we aren’t certain about. However, the one truth that we can be certain of is what the Angels asserted a long time ago: {They said, “Exalted are You; we have no knowledge except what You have taught us. Indeed, it is You who is the Knowing, the Wise} (Surat Al-Baqqarah 2:216).

Islam is a religion that encourages humanity to continue its scientific endeavors. Perhaps one day we’ll discover better techniques that fulfill our needs.