“Instead of being insular and concerned only about our own faiths, we need to see that terrorist attacks all of us, as people of faith. That’s why the mosque keeps open doors, so people of all faiths can learn from one another,” said the imam Islam Mossad.

Ramadan’s annual observance is one of the Five Pillars of Islam. Spiritual rewards for fasting beside other good deeds like charity and praying are believed to be multiplied within this holy month.

The preparations and celebrations come amid recent and continuous terrorist attacks against the Muslim community in Texas committed by Islamophobic terrorists of European ancestries.

Just this week, the mosque of North Austin Muslim Community Center was the target in an attempted arson. An Islamophobic terrorist of European ancestry was caught on surveillance video pouring gasoline and then lighting paper on fire.

Moreover, late last summer, the mosque was also hit in a string of acts of terrorism and vandalism. No one has been arrested in any of those cases, but Mossad said: “it won’t set them back.”

“For us as Muslims, it’s a tragedy to see any faith community attacked. Holy places are sanctified and they’re there to be respected,” expressed Mossad who reflected on the recent synagogue shooting in Southern California where the suspect is under investigation for an arson at a mosque earlier this month. 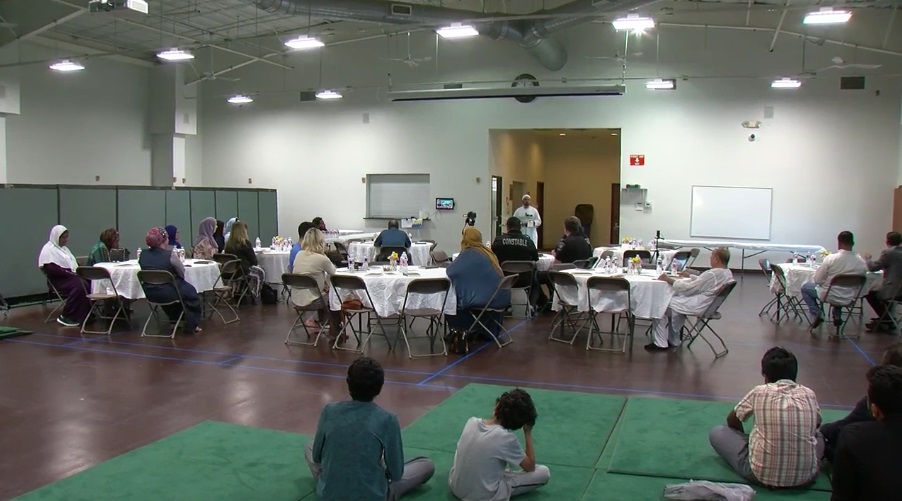 Muslims in Texas reside predominantly in the urban centers of the American state. In 1990, the Islamic population was about 140,000 with more recent figures putting the current number of Muslims between 350,000 and 400,000.

According to 2018 estimates, Texas had a total population of 28,701,845. The recent national American census put Texas as the 5th largest Muslim-populated state in the country.

Ramadan is the 9th month of the Hijri Islamic calendar and is observed by Muslims worldwide as a month of fasting to commemorate the first revelation of the Qur’an to Prophet Muhammad (PBUH).

During Ramadan fasting from dawn until sunset, Muslims refrain from consuming food, drinking liquids, smoking, and engaging in sexual relations. Muslims are also instructed to refrain from sinful behavior that may negate the reward of fasting, such as false speech (insulting, backbiting, cursing, lying, etc.) and fighting except in self-defense.

Pre-fast meals before dawn are referred to as Suhoor, while the post-fast breaking feasts after sunset are called Iftar.

Why is Charity Extra Blessed in Ramadan?