GAITHERSBURG, Md.- A Muslim teenager who was shot dead in a car one day before his graduation party was laid to rest in Montgomery, Maryland, on Wednesday, June 7, as the heartbroken family shared appeal to help arrest his killer.

“If you know of anyone who killed my beautiful boy – please, you need to call [police], and the reward is going to be $20,000 now,” Adi Najjar, the father of 17-year-old Shadi Najjar, said in a tearful plea, Fox 5 reported.

“I’m going to keep increasing it until I find who killed my beautiful boy.”

Shadi and his friend Artem Ziberov, 18, were found shot to death inside a car last Monday night. Police said they have detectives working hard to solve this case that has shocked their community.

Both students are remembered as “excellent students who had a positive impact.”

It is still unknown what led to the shootings, who did it and why the teenagers were in this Montgomery Village neighborhood in the first place. 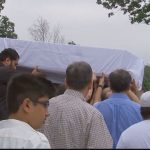 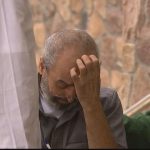 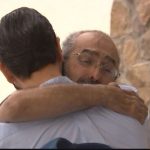 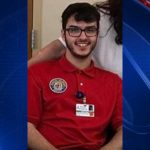 His funeral was held on Wednesday at the Islamic Society of Germantown. Shadi’s uncle, Ammar Najjar, is the imam who led the emotional service.

“Cold-blooded murder, that’s what it is,” said Najjar’s uncle.

“Whoever shot him, looks like they didn’t want him to live. They did it with the intention to kill this young boy just one day before his graduation.”

Police are keeping most information about the investigation under wraps, including details on tips that have come in and possible suspect leads.

“Today, the process of the investigation is more of an inward kind of thing,” said Montgomery County Police Capt. Paul Starks.

“It may not appear that a lot is going on, but there is still a lot of work and effort trying to determine who is responsible for these two murders.”