SAN FRANCISCO –A new exhibition in San Francisco opened Saturday, September 22, to show that Muslim women’s head covering can be a bright yellow head wrap or a loose drape of rose; a black silk and lace scarf or a hood attached to an extra-long girls’ dress.

The exhibition, themed “Contemporary Muslim Fashions”, was held  at the de Young Museum with about 80 ensembles by nearly 60 designers from around the world, including the Middle East and Southeast Asia, AP reported.

“At a time when Muslim women are being increasingly targeted for using their fashion choices to assert their independence and identity, we hope that this exhibition will allow a positive review and examination of a community that’s often talked about, but rarely given the chance to speak and present itself,” said Gisue Hariri, one of two Iranian-born sisters whose architecture firm designed the galleries.

The de Young Museum says this is the first major exhibit of its kind to address Muslim clothing in such a way.

Saba Ali, a San Francisco-area stylist who served as an adviser to the exhibition and styled the head coverings, is thrilled to be part of the show. 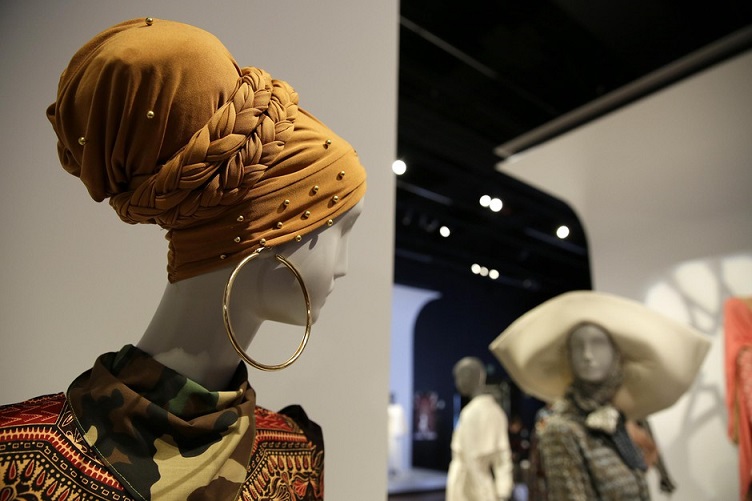 “I feel it’s so important in this day and age and the climate we live in. A lot of people don’t know Muslims,” Ali said.

“Art is a means to a conversation for people to get to know a culture or people better.”

The modest fashion industry is beginning to gain attraction from Western fashion outlets as they want to cater to Muslims. 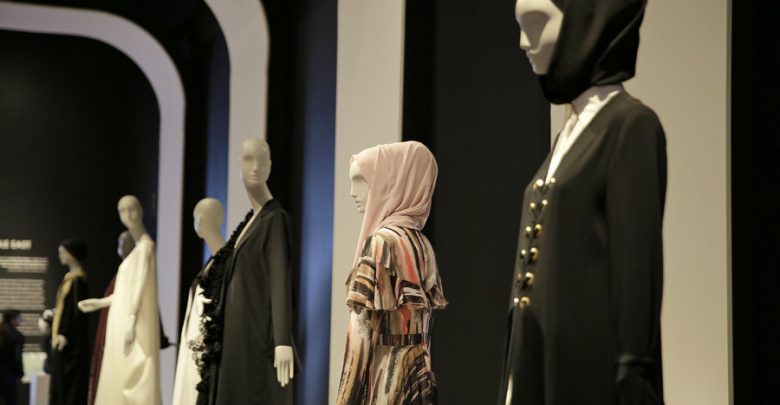 Last year, Nike began to market a sports hijab and used bronze medal-winning Muslim athlete Ibtihaj Muhammad as the face of the campaign.

The museum noted that out of the 1.8 billion Muslims worldwide, 250,000 live in the California Bay area and that the fashion of Muslim-majority countries and the Muslim diaspora community have fueled new forms of fashion to develop.

The exhibit will run from Sept. 22 – Jan. 6, and after will move to Museum Angewandte Kunst in Frankfurt, Germany. 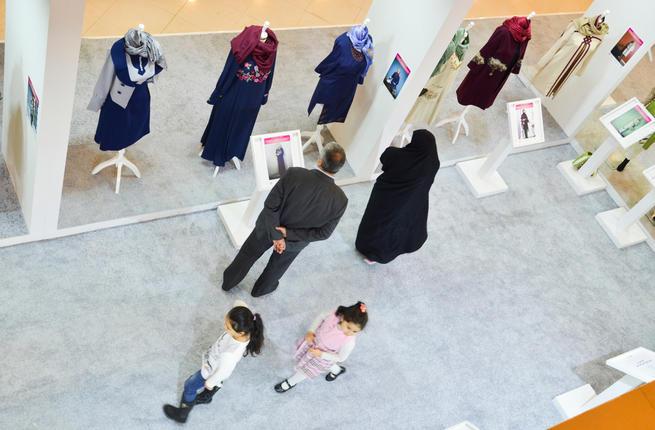 Islam emphasizes the concept of decency and modesty. In many authentic prophetic hadiths, it has been quoted that “modesty is part of faith”. And Islamic dress code is part of that overall teaching.

The majority of Islamic scholars agree that modesty is mandatory for both Muslim men and women.

Shari`ah requires females to cover their bodies except for the face and the palms, while men are ordered to cover everything from the navel to the knees.

According to IFDC, Muslims are expected to spend $322 billion on fashion in 2018. This figure is projected to grow as the Muslim population will expand to 2.2 billion by 2030.