OHIO – A beauty pageant for American Muslim women will be coming to Columbus, Ohio next Sunday, May 21, offering Muslim women a chance to change misperceptions about them.

“The Miss Muslimah pageant USA is a beauty pageant to show how beautiful Muslim women are inside and out!” organizers wrote on their website.

Hosted by Chimiwear, organizers wrote, “For the first time in United States history, we will be crowning the first Ever Miss Muslimah USA! Yes, dreams do come true.”

Contestants in the beauty pageant have to be Muslim women who don the hijab.

They will be tested in their knowledge and Qur’an recitation.

“Requirements. For example to join the Miss Muslimah pageant you are required to be Muslim and Must wear hijab. We want to show how you can be covered and still beautiful as well,” the website says.

“It is also based on your knowledge and the quality of your recitation of the holy Qur’an.”

“I created the Miss Muslimah pageant to allow women to be able to have the choice of wearing a Burkini, which is a modest swimsuit  for women. We want to show the intelligence of the woman more than her physical appearance,” the site read.

“The Miss Muslimah pageant also allows the Muslim woman to finally have a chance to represent their country proudly, wearing the crown on top of their hijab.” 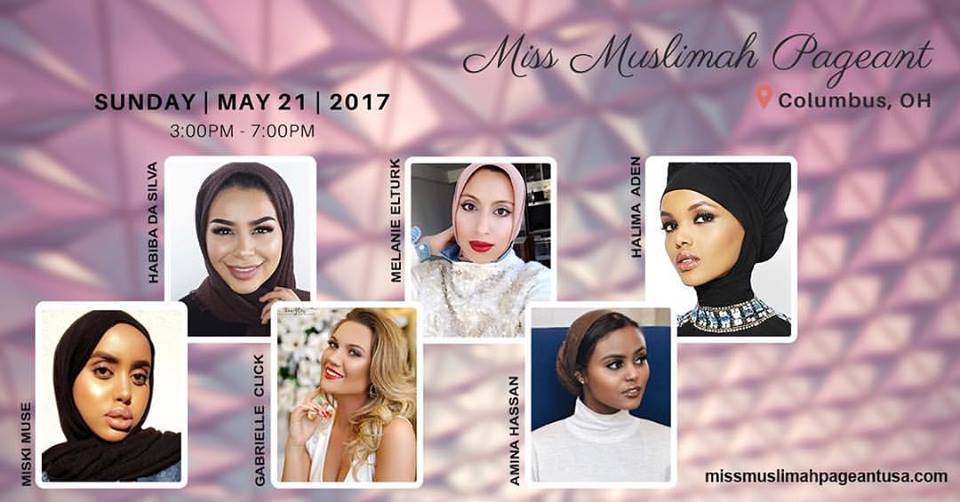 The winner will be awarded $5000 cash prize, while the runner up will receive cash prize of $1000 diamond necklace and surprise gift.

Islam is the religion of morals. It keeps woman’s honor and dignity, raises her status and preserves her chastity.

It also intends to safeguard Muslim women from all attempts to render them into mere beauty objects.

According to Muslim scholars, the Islamic Shari`ah obligates covering the `awrah and protecting honors.

In regular Miss World contests, the contestants are demanded to display their God-given architecture for the whole world to review and this is absolutely haram.

Therefore, neither Muslim individuals nor the Islamic states are allowed to organize or participate in these contests.