A leading American Muslim civil rights group today urged members of the Muslim community in Texas and nationwide to donate blood for those wounded in Saturday’s morning’s terror attack in El Paso that left multiple people dead and injured.

“We urge members of the American Muslim community to donate blood to assist those struggling for life in local hospitals and demand that elected officials offer action — not just words and prayers — in response to this latest act of terror in our nation,” Nihad Awad, National Executive Director of the Council on American-Islamic Relations (CAIR), said in a statement.

Twenty people were killed and 26 injured in a mass shooting in the Texas city of El Paso on Saturday.

The shooter is believed to be Patrick Crusius, a 21-year-old man who is in custody.

CCTV images said to be of the gunman and broadcast on US media show a man in a dark T-shirt wearing ear protectors and brandishing an assault-style rifle.

Reports indicate that the shooter in the deadly attack this morning issued a manifesto supporting the Christchurch, New Zealand, mosque shooter and saying he was motivated by “the Hispanic invasion of Texas.” 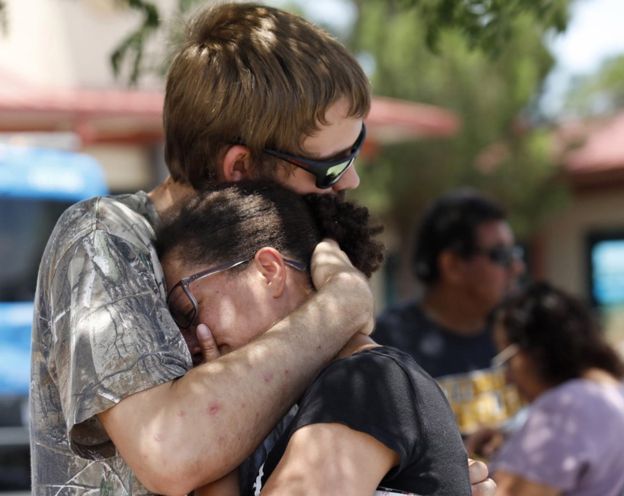 According to the New York Times, nineteen minutes before the first 911 call alerted the authorities to a mass shooting at a Walmart in El Paso, Tex., a hate-filled, anti-immigrant manifesto appeared online.

It spoke of a “Hispanic invasion of Texas.” It detailed a plan to separate America into territories by race. It warned that white people were being replaced by foreigners.

From New Zealand to Pittsburgh to a synagogue in Poway, Calif., aggrieved white men over the last several months have turned to mass murder in service of hatred against Muslims, immigrants, Jews and others they perceive as threats to the white race.

Earlier this year on Friday, March the 15th, 51 New Zealand Muslims were killed and injured when a white supremacist from Australia opened fire at worshippers in two mosques in the Christchurch city.

Several attacks have also targeted Muslims in Quebec, Jews in Pittsburgh, and church in Charleston.