Failing to find clothes that conformed to the modesty requirements of her Muslim faith, Tayyaba Beg started sewing her own loose-fitting shirts and colorful skirts that fell to the ankles, only to find that she was not alone.

“People would say, ‘Why don’t you make that for me?'” Beg recalled, North Jersey reported.

This is how her business, ModestyStyles, was born.

Her online shop sells shimmering teal hijabs, maxi dresses with elegant geometric patterns and paisley prints and long, striped tunics to customers around the country. It brings in 400 new customers each month, according to Beg.

In September, more than 150 people attended a backyard fashion show in Teaneck featuring her wares.

From the catwalks of Milan to store aisles in New Jersey, the modest fashion has been growing.

As a result of the growing Muslim population and a desire for less revealing clothing, “modest fashion” has evolved into a big business.

“They are not just making money for their own business, they are affecting society,” said Essma Bengabsia, a friend of Beg’s who emceed the fashion show.

“They are making hijab a symbol of beauty and strength… It’s all about self-expression. It’s like, why can’t I look pretty as a hijabi?”

Not only Muslims. A few blocks from Beg, Carly’z Craze and the newly opened Yakira Bella offer trendy but modest skirts, tops, and swimwear to Orthodox Jewish women.

“We cater to the religious Jewish community but we also have many other customers who come to Carly’z Craze for the fashion,” said owner Alene Brodsky Bloom. 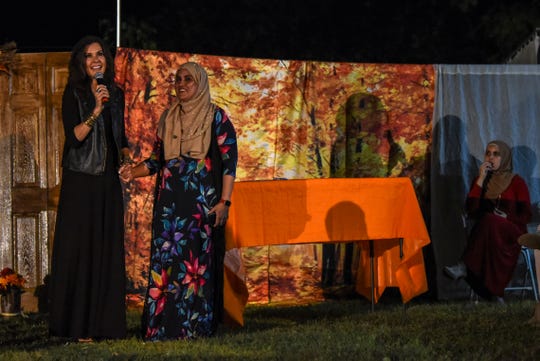 According to Islamic Fashion Design Council (IFDC), Muslims spent about $322 billion on fashion in 2018. The hijab fashion industry is set to reach $488 billion this year, WHYY reported.

Non-Muslim international fashion lines and retailers have been trying to tap into the niche market for modest clothing.

For example, high-end label Dolce & Gabbana has lately released a collection of headscarves and coordinated abayas, the loose robes worn by some Muslim women.

Islam emphasizes the concept of decency and modesty. In many authentic Prophetic hadiths, it has been quoted that “modesty is part of faith”.

And the Islamic dress code is part of that overall teaching. The majority of Islamic scholars agree that modesty is mandatory for both Muslim men and women.