Mena and Zena established Girls Of The Crescent because they “didn’t find enough nuanced and varied narratives in books and media that featured positive representations of Muslim women and girls.”

To address this issue, both girls held a book drive in their community to increase the number of books with female Muslim roles at their school media centers.

The ultimate goal of the Nasiris is to make sure that children like them will be able to read books with characters like themselves and to increase diversity in literature.

The idea first sparkled during the sisters’ 4th grade, when they as Mena says “were given a school project to research about a person who we looked up to. We both went to our public library with female Muslim women in mind that were huge role models to us and we couldn’t find any books about them. Later we began to realize the same thing occurred in other genres, that there was a shortage of books about Muslim girls.” 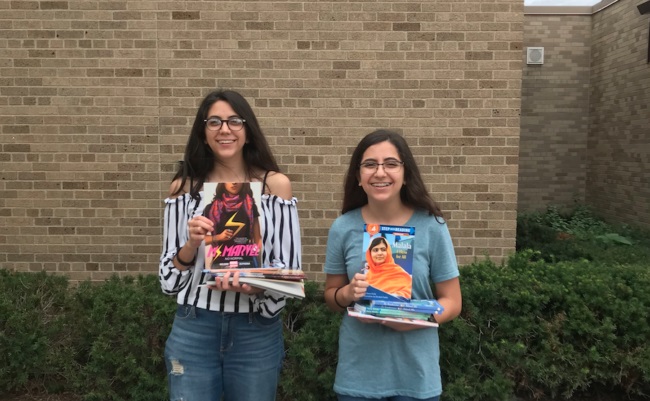 Talking about the main things that surprised the Nasiris was awareness according to Zena.

“When we were talking about our project with people, we would always get comments about how difficult it must be to find books with female main characters, but there are so many. There just isn’t awareness about them which is one of the things we’re trying to improve,” she said.

Mena mentioned that one of the inspirations which led to their project was that “a lot of people aren’t exposed to diversity in their communities, schools and books with representation can provide that exposure.”

“Books with Muslim characters can be focused more on religious aspects or simply include a character who is Muslim. Either way, these books are able to shape people’s perspectives of society by showcasing diversity and providing a new point of view.” 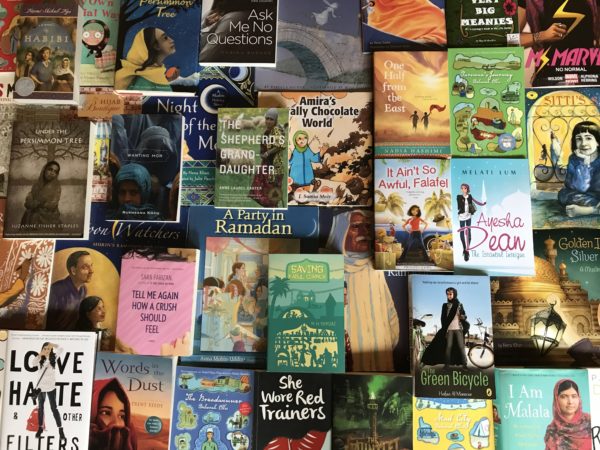 And it seems that the girls have achieved a good impact.

“We’ve donated books from our list to libraries and school and we’ve also seen that many of them have used our list as a reference to add books to their collection themselves. We’ve also had many librarians tell us that our project has inspired them to diversify their libraries by adding books featuring many different cultures, ethnicities, races, and religions,” Zena said.

Mena informed that they’ve collected and donated over 300 books to various schools and libraries around their community and they’ve also inspired many to buy more books with diverse characters from their list.

“Now we’re doing a fundraiser and our goal is to reach $2,500. We want to extend our reach regarding donations that we receive and donations that we personally make to schools and libraries so that we can impact as many people as possible. We also have many interviews planned that will hopefully raise awareness about our cause,” Zena said.