Ibtihaj Muhammad, the first American to compete at the Olympics while wearing the headscarf.
aaa

“We need positive role models we can look up to and hopefully emulate to true success,” Haneefah Adam is a 26-year-old medical scientist and artist based in Ilorin, Nigeria, told The Huffington Post in an email on Thursday, March 30.

Adam is the woman behind the popular @hijarbie Instagram account, where she posts images of Barbies that young Muslim girls who wear  hijab can identify with.

Adam said she looked for women of positive examples, having an impact on the world around them, for young Muslim girls, with a goal to honor the accomplishments of these women. 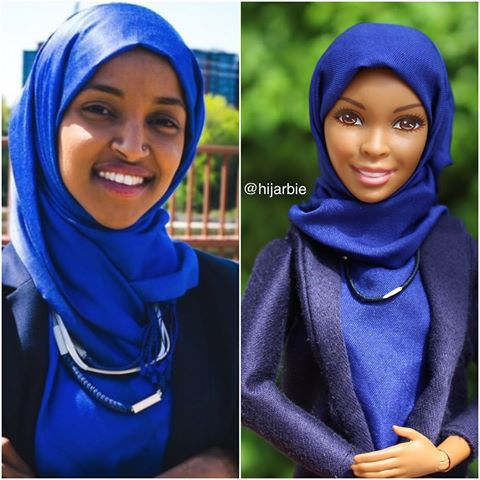 Starting around the date of the 2016 Olympics, Adam was inspired by the sprinter Kariman Abuljadayel, the first Saudi Arabian woman to compete in the Olympic 100-meter race, and fencer Ibtihaj Muhammad, the first American to compete at the Olympics while wearing the headscarf.

“These women are among beautiful Muslim women that celebrate their unique identity with pride while still succeeding in their different fields,” Adam wrote. 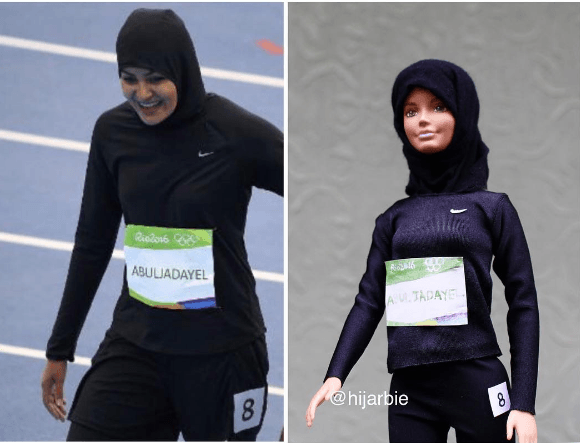 “Because my faith is an integral part of my lifestyle, it has to reflect in most things I do, which in turn is manifesting in Hijarbie,” Adam wrote.