ALASKA – Coming to Alaska as an exchange student, Leena Tarar of Khewra found a passion for hockey, becoming the first hijabi player in the north most American state, Anchorage Daily News reported.

“Ice hockey is something different, and my goal was to do different things that I’ve never done,” said Tarar.

Tarar, the only Muslim player in Anchorage high schools league, plays with three other exchange students, from Brazil, Thailand, Spain.

None of the girls knew how to play before they came to Alaska, although all were involved in sports.

According to Brian Gross of the Anchorage Hockey Association, which took over the league this season, the four exchange students are among 73 girls playing this season.

Tarar wears hijab, but when she plays hockey she replaces it with a hijab cap that fits better under her helmet.

“To see her out there with a hijab under her helmet — it gives me goosebumps,” said Eyler, host mother of Giulia Brunetta of Brazil.

“I am thrilled beyond measure to see a Muslim girl who comes from a culture so restrictive to women to come out here and say, ‘I want to play hockey,’ ’’ Jones said. “Oh, yeah.” 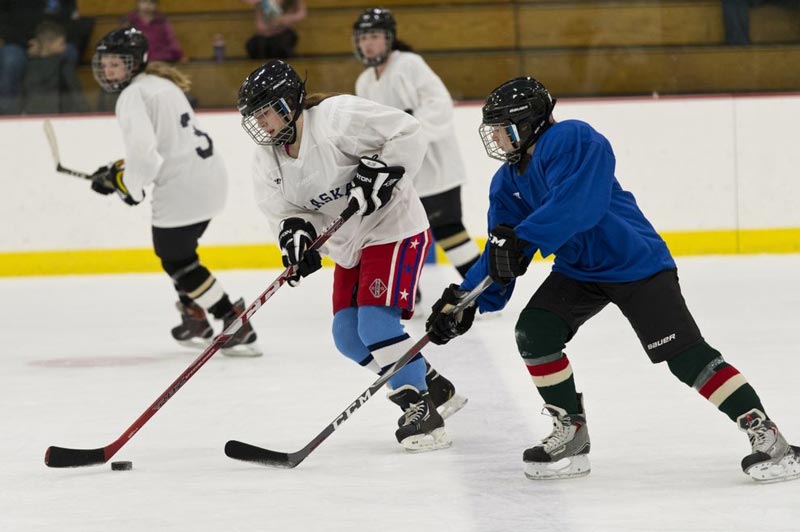 Tarar has big dreams in her home back.

When she scored her first goal in a late-season game, she texted the news to Jones:

Islam sees hijab as an obligatory code of dress, not a religious symbol displaying one’s affiliations.

Though there are no official estimates, the US is home to an estimated Muslim minority of six to eight million.