The recent Grand Opening of the Dallas IslamInSpanish Center was well attended by members of the community. (Image: NDG/Badees Nouiouat)
aaa

Uniting people of all cultures, the IslamInSpanish new outreach center in Dallas has been spreading information about the true Islam as well as helping Latino Muslims find more about their shared heritage, North Dallas Gazette reported.

“I used to think Islam was for a specific culture from the Middle East,” said Jalil Navarro, a Mexican immigrant who embraced Islam in the United States.

“When I found that the majority of Muslims don’t even speak Arabic and the country with the most Muslims was Indonesia, I was shocked. I realized that Islam is a faith for everyone, and I wanted to learn more.”

Jalil’s life changed in 2014 when he met Jaime Mujahid Fletcher, a Colombian Imam from Houston, who was giving a Friday sermon at the Islamic Association of North Texas in Richardson. 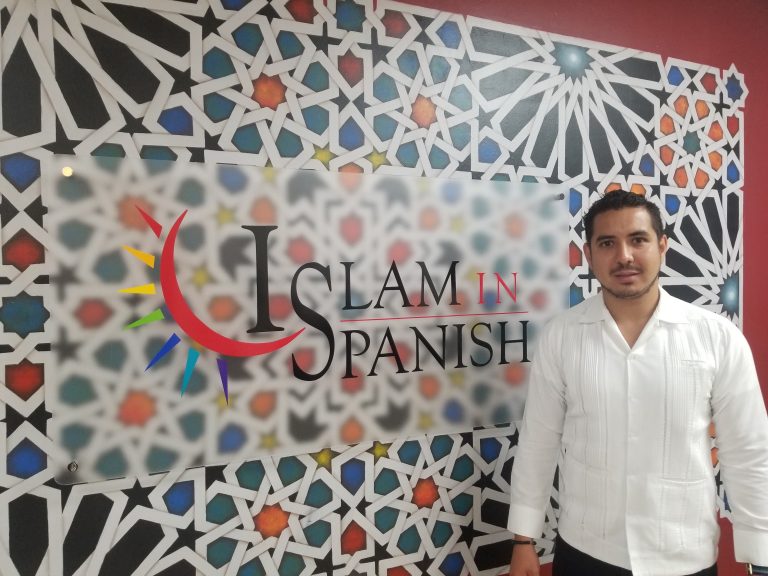 Jalil Navarro is the Director of the IslamInSpanish Outreach Center of Dallas. (Image: NDG/Badees Nouiouat)

After the prayer, Jalil approached Jaime to inquire about finding more Islamic content in Spanish. Jaime introduced Jalil to his new project, IslamInSpanish.

IslamInSpanish is a non-profit organization that educates Latinos about Islam in Spanish, and also to newly-convert Latino Americans.

In its early years, IslamInSpanish issued hundreds of audiobooks videos, most of which were aired on public access television.

The Dallas new center, which opened in 2018, welcomes all cultures, ethnicities, and races.

“One thing that Latinos are very interested in is the history of Islam in our own culture. Many do not know this because it is not taught in the history books,” says Jalil.

“Muslims lived in Spain for over 800 years, and it had a tremendous impact on our culture. Over 4,000 words in Spanish come from Arabic, and names such as Omar and Fatima are all from Islamic history. Even our architecture and food have some Islamic influences.” 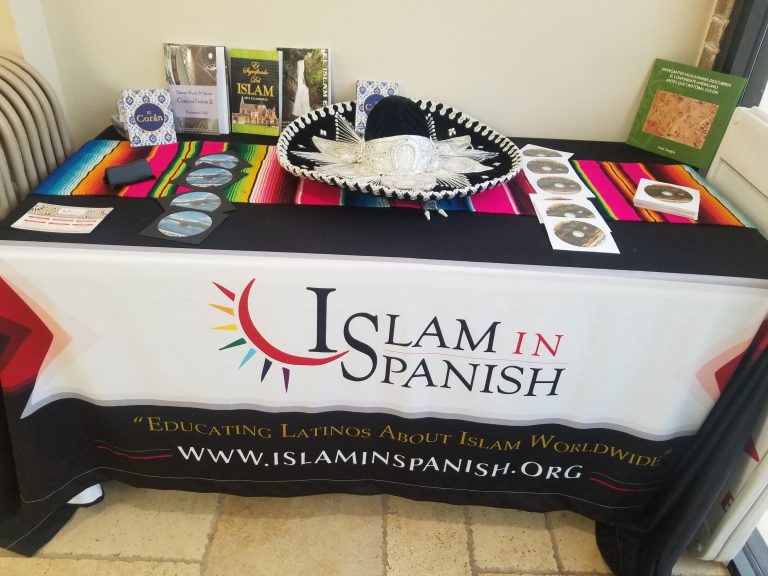 The IslamInSpanish Dallas Outreach Center is open and ready to serve the community. (Image: NDG/Badees Nouiouat)

For many Latinos, converting to Islam brings them closer to their shared heritage.

“A lot of times, Latinos are even practicing some teachings of Islam without knowing it,” Jalil stated.

“When they start to realize all of these things, Islam is much more relatable, and the walls of prejudice come down.”

In fact, most American Latinos who converted to Islam are women of Mexican or Puerto Rican origin who justify their conversion as a return to a pre-Hispanic and pre-Catholic Muslim identity.