“Our organization is honoured and grateful to have been chosen for this wonderful award,” said Alia Hogben, CCMW Executive Director. “This award means a great deal to us, as it recognizes the years of advocacy to improve the lives of Canadian Muslim women and their families.”

“It is specially auspicious for us as this year marks the 35th anniversary of the Canadian Council of Muslim Women.”

The award ceremony was held on April 24th, at the Wabano Center for Aboriginal Health in Ottawa. 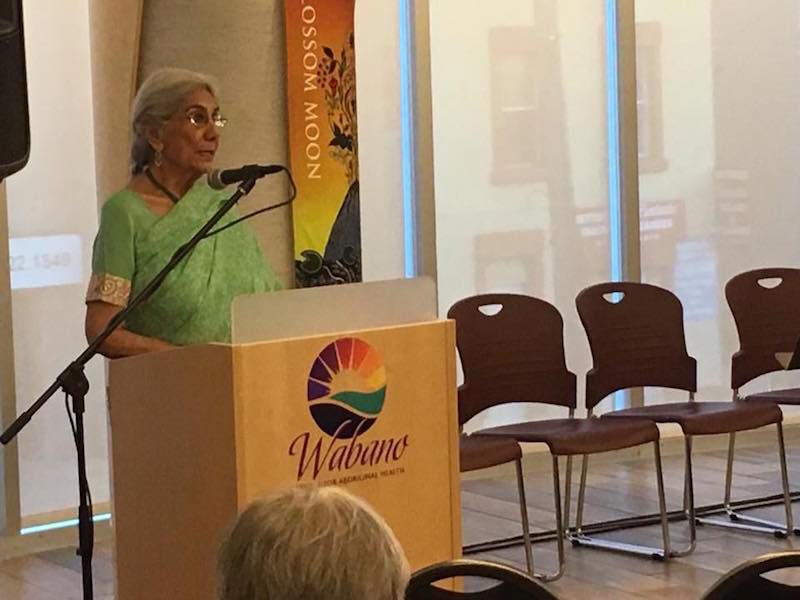 This year is the inaugural year for the Inter Pares award and the Canadian Council of Muslim Women is being honored for their courageous work in advancing women’s rights in a climate of increasing hate and fear mongering against Muslims.

“In the face of increasing and sometimes tragically violent discrimination against Muslims in Canada, they have continued to raise their voices for the universality of human rights, and against restrictions or discrimination based on religion, gender or race.”

Founded in 1982, the Canadian Council of Muslim Women (CCMW) is a leading progressive voice for Muslim women in Canada and works to promote and encourage understanding and interfaith dialogue between Muslims and other faith communities.

Inter Pares – which means among equals – believes in solidarity, not charity, as an approach to international cooperation.

For over 40 years, the organization has worked closely with courageous activists and more than a hundred inspiring organizations throughout the world to build peace, advance justice and globalize equality.