SAN DIEGO – More than 90 American Muslims, nearly all of them Democrats, young, and politically fresh, will run for public offices across the US this year.

Vying for a wide range of positions, from local school boards to the US Senate, many of them are making their Muslim identity central to their campaigns.

Nawabi’s concepts make him part of the blue wave of new liberal candidates, but he’s also part of a notable subset: the blue Muslim wave.

“When you put someone in a corner and they’re in survival mode, they have a tendency to come out and speak more prominently about their beliefs,” the 31-year-old Muslim Afghan told Washington Post while talking about the triggers behind his political campaign.

Nawabi explained that the election campaign of the current American President Donald Trump, who called for monitoring mosques and banning Muslims from entering the US, delivered a jolt to American Muslims.

Another example in Michigan, where 13 Muslim candidates are running for office, is physician Abdul El-Sayed who hopes voters will elect him to be the first Muslim governor in the US history.

The Muslim doctor used his religion in campaign ads against Republican front-runner Bill Schuette, whom Trump has endorsed. 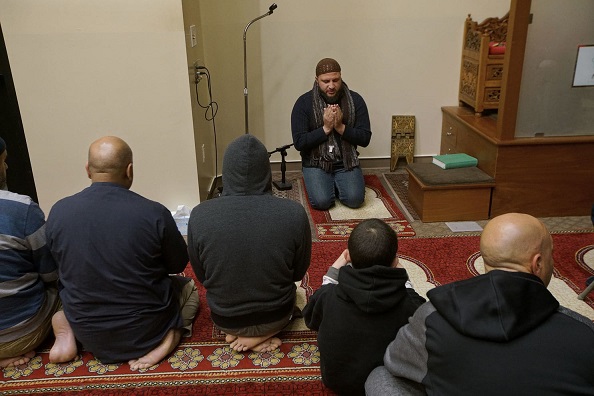 According to the Washington Post, there are more than 3.3 million Muslims living in the US, only two of them hold positions at the 535-seat Congress.

A half a century ago, a small portion of African Americans embraced Islam as a pathway to political empowerment and civil rights, and today their descendants are members of the US military, police officers, city council members, and career civil servants.

Nevertheless, the situation is significantly different now with immigrants forming as much as about two-thirds of the American Muslim community.

“A lot of these people feel like, ‘I’m just going to make my money, put my head down. They feel political involvement puts a target on their backs because that’s what it meant to authoritarian regimes where they came from,” Nawabi explained.

Record Number of US Muslims Run for Office

Wa’el Alzayat, chief executive of Emgage acknowledged that “a sizable generation of American-born Muslims are in their 20s and 30s, their school years shaped by 9/11, and their comfort and familiarity in the American political system far surpassing that of their immigrant parents.” 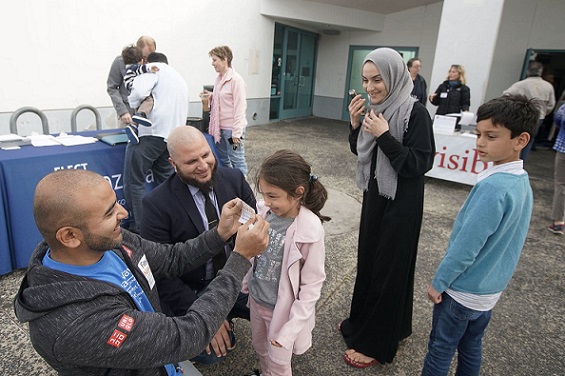 Nawabi interacts with people at his campaign booth outside of the Mira Mesa Library. (Sandy Huffaker/For The Washington Post)

Candidates like Asif Mahmood, a 56-year-old pulmonologist, would be the first Muslim insurance commissioner in California.

Deedra Abboud, 45, in Arizona, or Jesse Sbaih, 42, in Nevada, could be the country’s first Muslim senator.

And any one of four Muslim women — Fayrouz Saad, 34, Rashida Tlaib, 41, Palestinian and first female Muslim elected to the Michigan Legislature, Nadia Hashimi, 40, in Maryland, or Sameena Mustafa, 47, in Illinois — could be the first in Congress.

Even if no Muslim candidate wins a seat in 2018, the blue Muslim wave still will have accomplished something.

The American public will grow more accustomed to seeing Muslim candidates. Moreover, Muslim youth will see candidates who look like them or share their values.