Albanian Muslim Athletes | "It was for our people who always supported us. For those who didn’t neglect us in our homeland, where our parents’ roots are."
aaa

KALININGRAD – Cross your palms to represent the feathers of the Albanian eagle. That’s how the Swiss duo, Granit Xhaka and Xherdan Shaqiri, celebrated after scoring 2-1 winning goals against Serbia on June 22, symbolising the Albanian flag.

This loss has put Serbia at the risk of an early exit from the tournament, given its next difficult match against the most decorated team in the world, Brazil.

On the other hand, the Swiss squad, with several Muslim players, are now in the group’s 2nd place with four points, just like Brazil, pending its next match against Costa Rica on June 27.

“In football you have always emotions and you can see what I did and it’s just emotion. I’m very happy to score the goal, that’s all,” the Muslim player, Shaqiri told reporters.

Both Xhaka and Shaqiri are Albanian Muslims from Kosova, an Albanian province since ancient times, and was handed to Serbia under the Treaty of London in 1913; but it gained independence in 2008.

“It’s true that my father went to prison for three and a half years. It was because he stood up for Kosova’s unification with motherland Albania,” Xhaka told the Swiss newspaper Blick.

Xhaka’s father Ragip moved to Switzerland in the 1990s to escape the Serbian war against Kosova in 1998 and 1999. No less than 9,000 Muslim Kosovar Albanians were massacred by the Serbian army, with about 90% of Kosova’s population also displaced. According to the official 2011 Census of Albania, almost 60% of the population is Muslim.

Xhaka’s younger brother Taulant is also a professional footballer who plays for the Albanian national team.

“It was for my people, who always supported me. For those who didn’t neglect me, in my homeland, where my parents’ roots are. These are purely emotions,” Xhaka expressed about his world cup eagle celebration.

Shaqiri left Kosova, Albania when he was four years old after the Serbian army killed dozens of his family members.

“It wasn’t easy to leave our motherland. My father didn’t speak Swiss German, so he had to start out washing dishes in a restaurant,” Shaqiri sorrowfully expressed.

The two goals of Xhaka and Shaqiri were outstanding to the extent that the Albanian Kosovar President, Hashim Thaci, tweeted congratulations to Shaqiri and Xhaka and the Swiss team on a “well-deserved win. Proud of you! Kosova loves you!.”

Moreover, thousands of Muslim Albanians in Kosova’s capital, Pristina,also went into a wild jubilation on the streets, celebrating the victory.

However, the two goals celebrations have brought hysterical anger and frustration among Serbs.

The Serbian Football Association (FSS) has filed a complaint about the celebrations, described as ‘provocative’. Despite the fact that it’s a well-known and a widely used Albanian gesture with no political or religious hints.

Otherwise, if such a gesture is ‘provocative’, the FIFA will have to fine players who prostrate or cross oneself, since such religious signs can be ‘offensive’ to believers of other faiths. 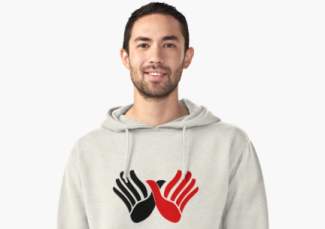 Beside the seven Muslim countries participating in the ongoing 2018 FIFA World Cup; Egypt, Nigeria, Tunisia, Iran, Senegal, Saudi Arabia and Morocco, there are Muslim players in the squads of other non-Muslim countries also in action in the tournament, like France, Russia, Australia, Serbia, Denmark, Germany, Belgium and Switzerland.

Switzerland is one of those teams which benefit from the services of several Muslim players like Xhaka and Shaqiri, such as the Albanian midfielders Blerim Džemaili, 32, and Valon Behrami, 33, who played at three World Cups and Euro 2008.

Other Muslim teammates include Haris Seferovic, a 26-year-old Bosnian striker who was the top scorer of the FIFA U-17 World Cup 2009 which he won with Switzerland. Seferovic was ‘the Bosnian U-19 Football Player of 2009’.