BANBURY – Families in need of food in Banbury, the UK will have a stable source of goodwill to rely on with the city’s mosque launching its own charity food bank, Banbury Guardian reported on February 27.

“We just really want to help and the mosque will do whatever it can to support the people of Banbury,” founder Yasmin Khaduji said.

Khaduji set up the community fridge at the mosque to support those in need and to use the non-perishable food they receive from supermarkets.

In a clever step, the mosque teamed up with Citizens’ Advice to start running the weekly foodbank from Saturday, a day the other food banks aren’t open, in order to compensate the needy people.

Those who can’t afford food for whatever reason will just need to apply for a referral from Citizens Advice, who will assess their case. Anyone who needs a food bank referral should go to one of the Citizens’ Advice drop-in sessions.

The referral will directly allow the needy families to visit the mosque and pick up as much food as they need to feed their family for the entire weekend.

“The number of foodbank requests we got varied week-to-week. We tried to get to the root of the problem with people who came to us – usually, it was issues with benefits – with Universal Credit having a huge impact,” said Jane Tims from Banbury Citizens’ Advice.

“As we already do the referrals for the other food banks run by the Trussell Trust, everything is in place to do the same for the mosque,” she continued. 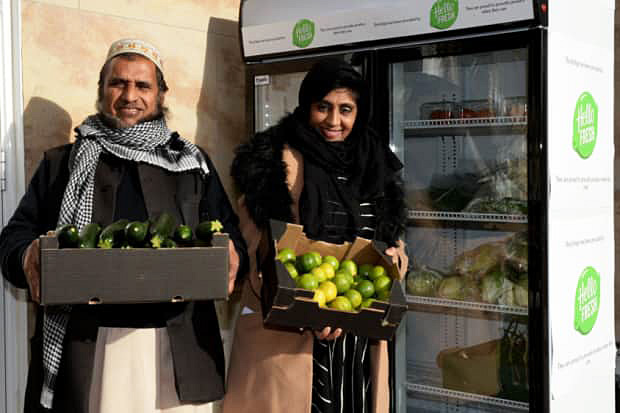 Charity in the UK

As one of the Five Pillars of Islam, zakat or donating and charity is a religious obligation for all Muslims who meet the necessary criteria of wealth.

It’s a mandatory charitable contribution, the right of the poor to find relief from the rich, and is considered to be tax or obligatory alms.

Islamic Shari’ah also has another type of optional donation called Sadaqah. This term was used in the Holy Qur’an and Sunnah for both zakat and charity.

The estimates of 2009 suggested a total of about 2.4 million Muslims over all the UK. According to the Pew Forum on Religion and Public Life, the number of Muslims in Britain could now be around 3 million.

Between 2001 and 2009 the Muslim population increased roughly ten times faster than the rest of society. Most Muslim immigrants to Britain came from formerly occupied nations.

From the 1950s onwards, the growing Muslim population has led to a number of notable mosques being established, including the East London Mosque, London Central Mosque, Manchester Central Mosque, and London Markaz.

Reports assured that thousands of British people convert to Islam annually and there are approximately 100,000 converts to Islam in Britain, where they run two mosques.