Dr Saleem Kidwai, Secretary General of the Muslim Council for Wales, with Sahar al Faifi (in black veil) and Ameira Kutkut giving evidence at the citizens' Commission on Islam in Cardiff last year to discuss issues including employment and prejudice
aaa

CARDIFF – A new report by a human rights commission revealed on Wednesday, September 28, that Muslims are the least likely group to be employed in Wales, though they are more likely to hold a degree, stressing that working together is vital for community cohesion.

“The workplace is a very important place for building cohesion between people of different backgrounds and beliefs,” reads the report, being launched in Cardiff on Wednesday, Wales Online reported on September 28.

“Muslims have the lowest employment rates of all faiths.”

The report, Creating a Faith-Friendly Workplace for Muslims, will be revealed in Cardiff today by Equality and Human Rights Commission (EHRC) Wales.

It showed 27% of the Muslim population in Wales holds a degree, compared with 25% of the overall population, yet they are around 20% less likely to be in work.

Across Wales 69% of Muslims aged 16 to 24 are economically active compared to 86% of the general population.

Among those aged 24 to 49 some 67% of Muslims are economically active compared to 85% of the overall population.

In a bid to redress this, the EHRC explained in the report how employers can attract more Muslim employees and why they should.

“There is a wealth of skilled and talented people who are not effectively engaged in the Welsh workforce. Welsh organizations and businesses could benefit from this growing section of potential labor force,” the report reads.

“Muslim women and men can offer valuable skills to the Welsh economy.”

The number of Muslims living in Wales has doubled to 46,000 since 2011, with a largely young population, nearly half the Welsh Muslim population in Wales, is under 25.

“They are younger and, far from being uneducated, are slightly more likely to have a degree than the Welsh average,” the report added. 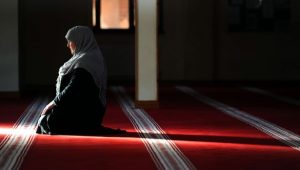 Clarifying the problem, the EHRC presented solutions on how employers can attract Muslim staff by providing prayer rooms, having flextime to enable staff to leave early for Friday prayers, and by serving Halal or vegetarian food in canteens.

Cultural differences, such as whether to make eye contact or shake hands, are “not about being impolite” and veils can be incorporated into work uniform, it read.

“The workplace – along with school, college and university – is one of the most likely places for us all to meet people of different backgrounds to ourselves.

“Early research commissioned and published by EHRC Wales found that discriminatory attitudes are least likely to be held by those with the widest social networks,” the report added.

South Wales Police is one of the workplaces that launched a workforce program last year to promote careers in policing among disadvantaged groups, including Muslims.

“My faith was recognized as a strength to enable a deeper understanding of the community that South Wales Police serve,” a Muslim PCSO (Police Community Support Officer) told the report.

Kate Bennett, director of EHRC Wales, said: “Having a job is highly valued. It gives a sense of purpose, confidence and self-esteem as well as providing security and an ability to provide for yourself and family members. Meeting colleagues from different backgrounds builds understanding, widens perspectives, and contributes to creating cohesive communities.

“These positive feelings and a sense of well-being and belonging may be absent for those who are excluded from the labor market or who don’t feel comfortable or valued in work.”