“The focus of the exhibition is a really fashionable modest dress and what we’re trying to show in the exhibition is that there is a lot of choice for the mass of Muslim women,” said Jill D’Alessandro, curator of the “Contemporary Muslim Fashions” exhibition in San Francisco.

“Contemporary Muslim Fashions” is an opulent exhibition that showcases around 80 different styles and outfits.

It was first shown last September at the M.H. de Young Memorial Museum in San Francisco.

The de Young Museum said this was the first major exhibit of its kind to address Muslim clothing in such a way.

Though the exhibition was widely welcomed in San Francisco, it has triggered criticism from a group called “Migrants for secularity and self-determination” who published an open letter in German feminist magazine Emma, in which they state that they are “appalled” by the fact that the exhibition is being shown in Frankfurt.

“This exhibition, which supposedly depicts religious dress requirements as fashion, is a slap in the face of domestic and foreign women’s rights activists,” the letter states.

As anti-Islamic sentiments grow worldwide, the exhibition organizers said they wished to remain far from any such reactions.

“We don’t want to solve problems, but to offer new perspectives on a very exciting part of the fashion world that has long been ignored by the Western world,” says curator D’Alessandro. 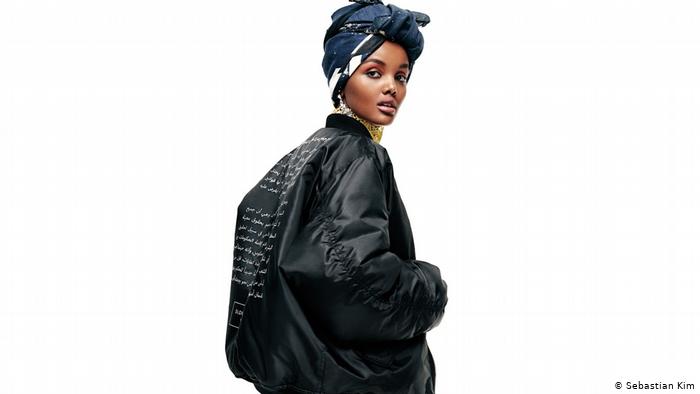 Muslim women who saw the exhibition in San Francisco found it empowering, as CNET news reporter Abrar Al-Heeti wrote: “As a 25-year-old Muslim woman who loves fashion and wears the hijab, or headscarf, I’ve seen plenty of head coverings. But never anything like this. It’s a statement of resistance, a rebuttal of the idea that Muslim women are weak and oppressed.”

The modest fashion industry is beginning to gain attraction from Western fashion outlets as they want to cater to Muslims.

Last year, Nike began to market a sports hijab and used bronze medal-winning Muslim athlete Ibtihaj Muhammad as the face of the campaign.

Islam emphasizes the concept of decency and modesty. In many authentic prophetic hadiths, it has been quoted that “modesty is part of faith”. And the Islamic dress code is part of that overall teaching.

The majority of Islamic scholars agree that modesty is mandatory for both Muslim men and women.

Shari`ah requires females to cover their bodies except for the face and the palms, while men are ordered to cover everything from the navel to the knees.

According to the Islamic Fashion Design Council (IFDC), Muslims are expected to spend $322 billion on fashion in 2018. This figure is projected to grow as the Muslim population will expand to 2.2 billion by 2030.