South Londoner Muslim convert Moosa Nsubuga is changing the culture of donating tattered items, as he gives hundreds of designer trainers every month to the needy and homeless.

“Faith was a strong personal reason for wanting to give back but also being able to get others involved from the culture that raised me,” Moosa told Metro.co.uk.

“I did at the beginning also collect clothing and shoes but after the Grenfell tower fire, we gave all our stock sneakers and clothing to that community.

“While doing so I realized it was harder to quality check clothing and felt embarrassed giving some clothing away due to the bad state they came in.

“As for the sneakers, it was much easier to check for quality and actually distribute to people so I decided to concentrate on footwear.” 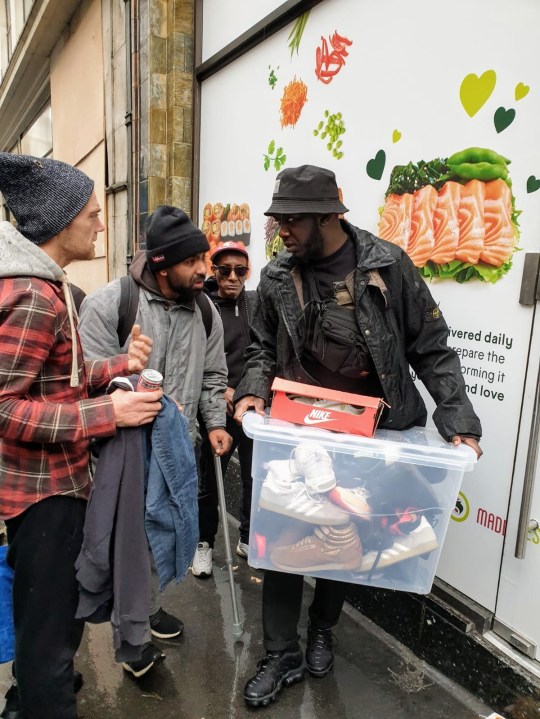 He realized that sneakerheads keep shoes in perfect condition and encouraged them to give them away (Picture: Moosa Nsubuga)

Therefore, he launched Resole, an initiative that hands out fresh trainers to the homeless and disadvantaged youths at risk of gang violence and drug abuse.

He and his team aren’t just giving away old creps either, they’ve been offering designer brands such as Gucci and top quality Adidas and Nike ones, too. 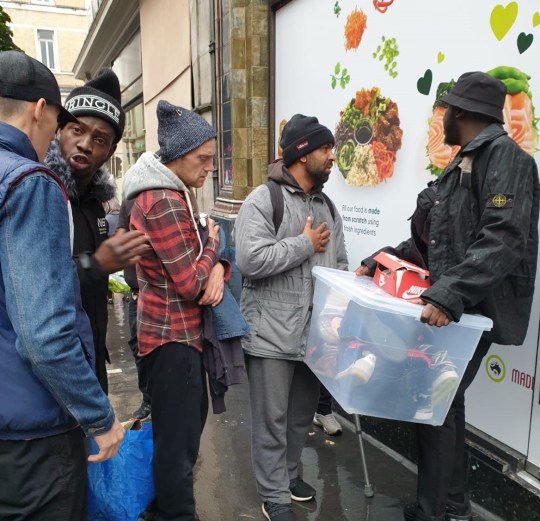 The team at Resole – made up of his friends – hope to take the initiative country-wide(Picture: Moosa Nsubuga)

What started as a small project has grown significantly. Now Resole does two to three drop-offs a week, distributing around 170 pairs of shoes with a value of around £14,450 a month.

“It gives you great joy to see the self-esteem that a pair of new sneakers can bring to a person,” says Moosa.”

What Moosa was doing changed the lives of many who could not believe he was giving out designer trainers for free.

“One guy was without shoes for two weeks and just had flipflops and it was at the end of the drop when we found him outside a Sainsbury’s in Islington,” he said.

“We gave him a pair of Nike Air VaporMax valued at £185. He couldn’t believe we were just giving it out for free and was so grateful.” 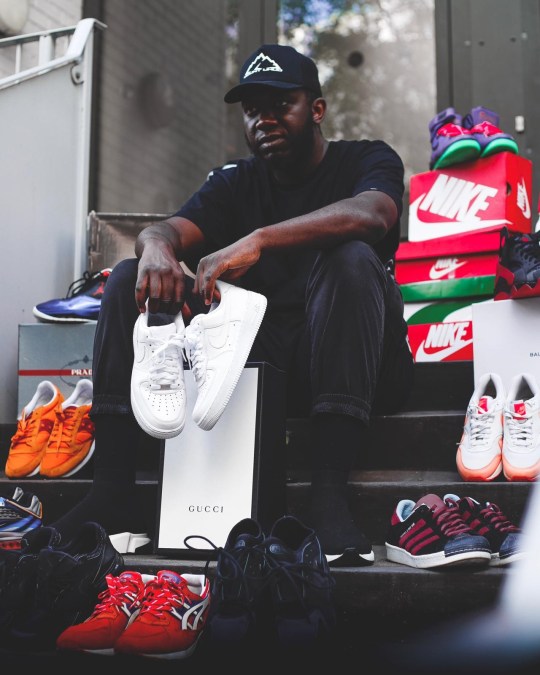 They’ve donated as many as 170 a month (Picture: Moosa Nsubuga)

Moosa hopes to take the initiative around the country.

“The plan is to do it full-time,” he continues.

“We are a small team and we’d like to have access to our own space storage and office.

“We are planning a UK tour in 2020 from Portsmouth all the way up to Liverpool on a five-city tour collecting and distributing sneakers.

“Thanks to the sneakerhead community we have wide support across the country.”

As one of the five pillars of Islam, Zakat or ritual charity is a religious obligation for all Muslims who meet the necessary criteria of wealth. It’s a mandatory charitable contribution, the right of the poor to find relief from the rich.

Islamic Shari’ah also has another type of optional donation called Sadaqah. This term is used in the Holy Qur’an and Sunnah for both Zakat and charity.