PARIS – After achieving the World Cup 2018 title with France and scoring four goals in the tournament, the 19-year-old phenomenal player Kylian Mbappe has decided to donate his earnings from the cup to a charity that gives free sports instruction to hospitalized and disabled children in sports, Premiers de Cordee, Lad Bible reported on July 16.

Every spectator was talking about Mbappe when he was on the pitch – his speed that was too quick for the cameras and his genius dribbles.

But now the World Cup is sadly over it seems everyone is continuing to talk about the teenager French African player off the pitch – he really is the gift that keeps on giving.

The French organization, Premiers de Cordee, which will receive this cash, coordinates disability awareness campaigns for schools and businesses as well.

Sebastien Ruffin, general manager of Premiers de Cordee, told Le Parisien: “Kylian, he’s a great person. When his schedule allows it, he intervenes for us with pleasure. He has a very good relationship with children, he always finds the right words to encourage them.”

“I sometimes even feel that he takes more pleasure to play with the kids than the kids themselves,” the manager expressed about Mbappe who is a Cameroonian Algerian with a French nationality.

The young and skillful footballer helped France on Sunday July 15 beat Croatia 4-2 to win the football’s biggest prize for the second time after 20 years.

Out of the 23-player squad of France in World Cup 2018, 14 were African players and eight of these hail from Muslim African countries. 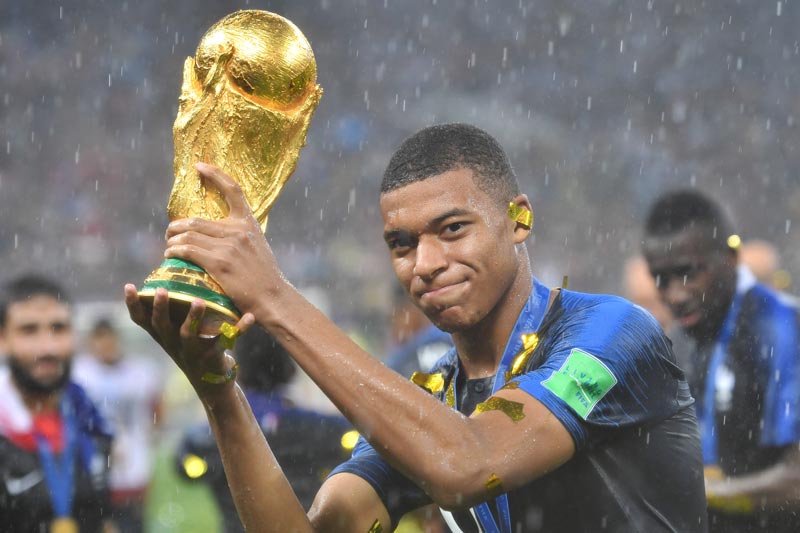